A LEICA AT THE CAPONI ART PARK 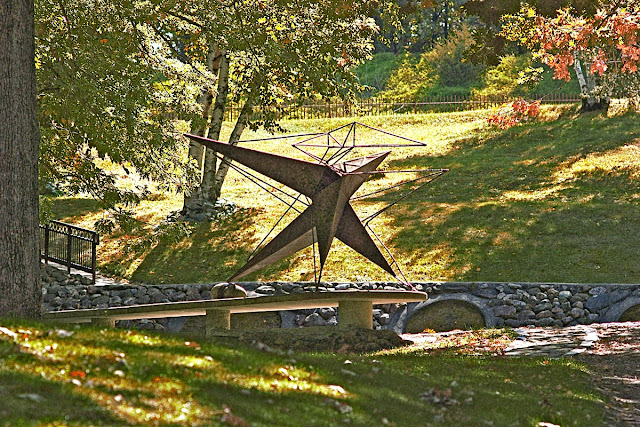 Only a few people are familiar with a gem within the metropolitan area of Minneapolis and Saint Paul, the Caponi Art Park.  It is located in the suburb of Eagan and is open daily from May through October.

In the 1950, the art park’s founder Anthony Capony, a professor of the arts at Macalester College in St. Paul, envisioned a public space where people could escape the stress of a fast-paced world and experience their connection with art and life in a natural setting.

For the next six decades Tony brought together his skills as an artist, educator, and environmentalist and embarked on a labor of love to create the Art Park.  Since the late 1970s he was joined by his wife, Cheryl, who shared his passion and commitment for the project.

The 60-acre sculptured environment was created as a work of art in itself.  The meandering trails follow the curves of the topography like contour drawings, retracted and animated by every person who walks on them.  The rock walls and shaped hills are the sculpture into which conventional works of art are integrated.

The grounds are not merely a backup for art, but an integrated environment that adds to the experience of the programs and activities in the park.  This intentional blending of man-made and natural beauty creates an atmosphere of openness and discovery that makes the arts approachable for everyone. 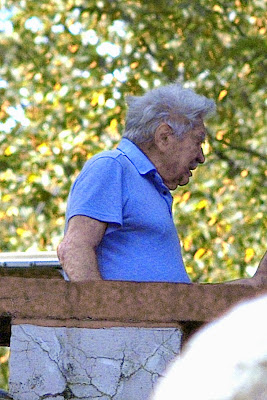 “Slow down and let your senses come into focus.
To be alive is a condition of having arrived.
Enjoy exploring the park and your deeper self.” 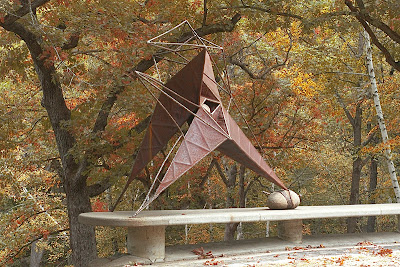 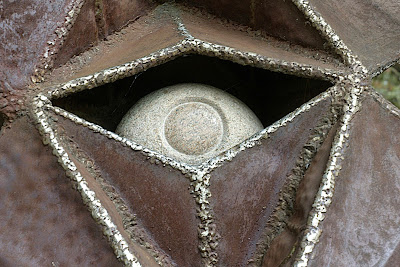 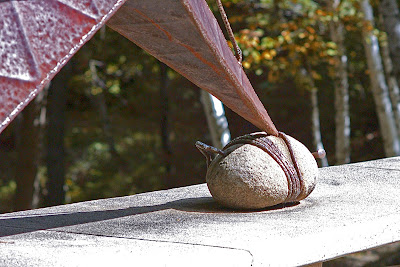 "Walk in Outer Space"
1968
Corten steel, rebar, granite
Also the title photograph of this article
Caponi was inspired to create this piece by the first space walk when the astronauts were connected to the safety of the space capsule by only a thin umbilical cord.  In this sculpture the umbilical cord wraps around a granite Earth that provides the source of life.While modern technology has removed the need for a physical connection while in space, our connection to Mother Earth remains unchanged. 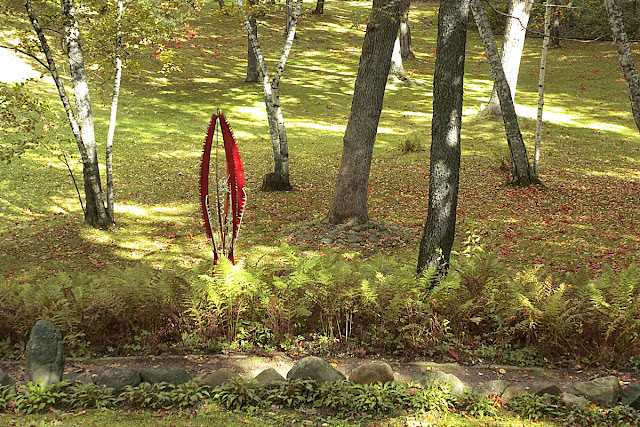 "Monument to a Lumberjack"
1970
Saw Blades
When Caponi first purchased this land it was impassable due to all of the fallen trees.  Before turning them into a sculpture, he used the two-person saw blades to clear the lawn and open up the woods. 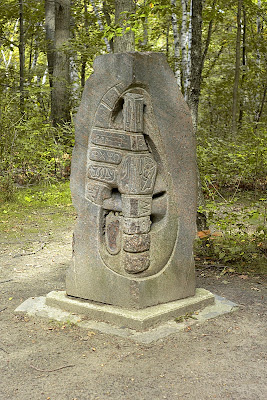 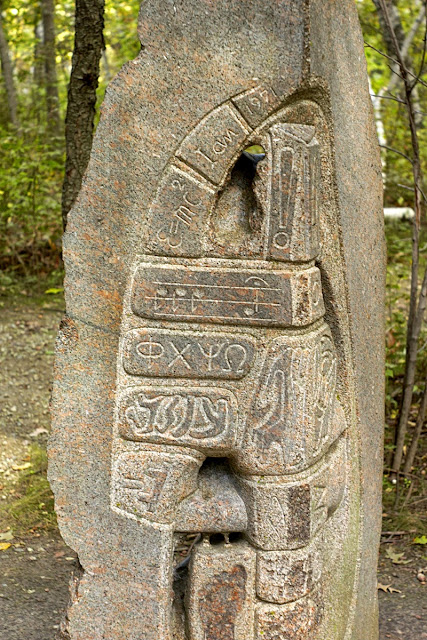 "Cornerstone"
1971
Red granite
Cornerstone presents the duality of humankind - the intellectual progression from cuneiform letters to musical notes in Beethoven's 5th symphony to the mathematics of Einstein's equation on one side, to the organic natural forms that still resonate with our caveman nature on the other. 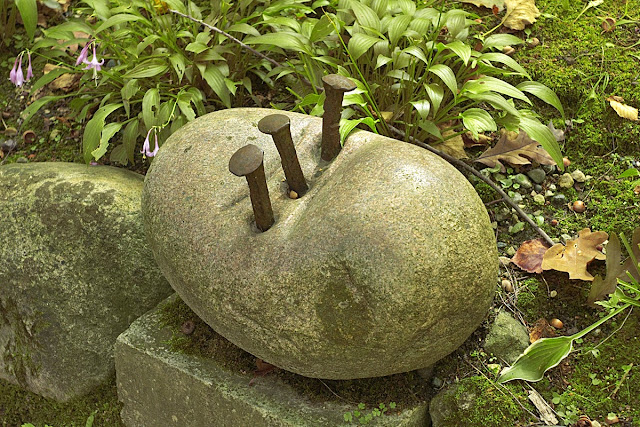 "Trinity"
1969
Field stone, railroad spikes
The rock has almost become a living thing and expresses the pain of being penetrated by the metal spikes. 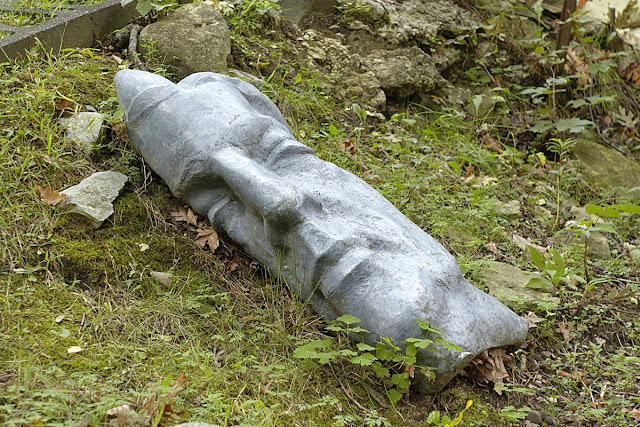 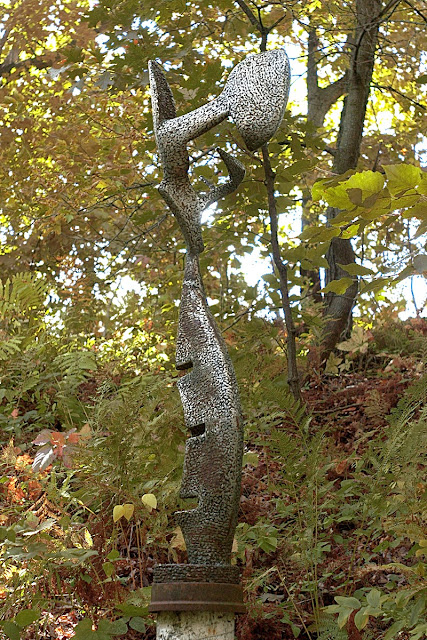 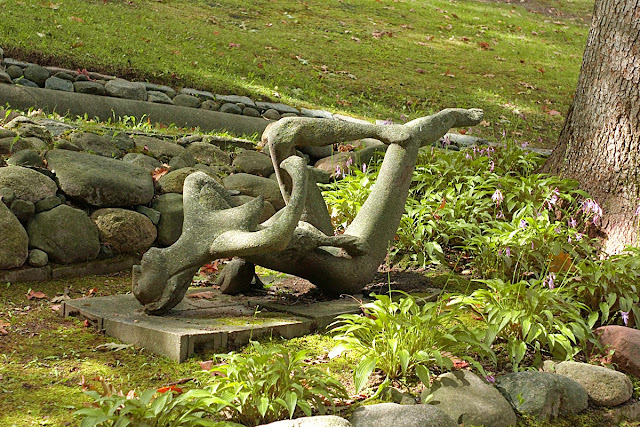 "Adam's Rib"
1957
Reinforced concrete
Caponi played with shapes as he molded this figure in clay.  He later cast it in concrete, an experiment using material that he hoped would be an affordable and permanent material for Minnesota's harsh weather. 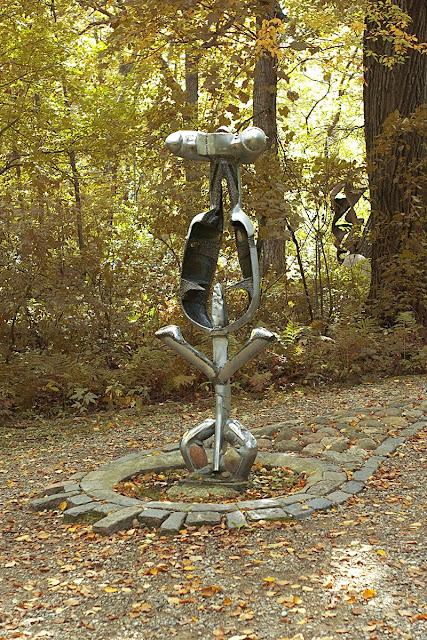 "Praying Mantis"
1967
Not your father's Cadillac
This sculpture was created out of 1960s era Cadillac car parts. 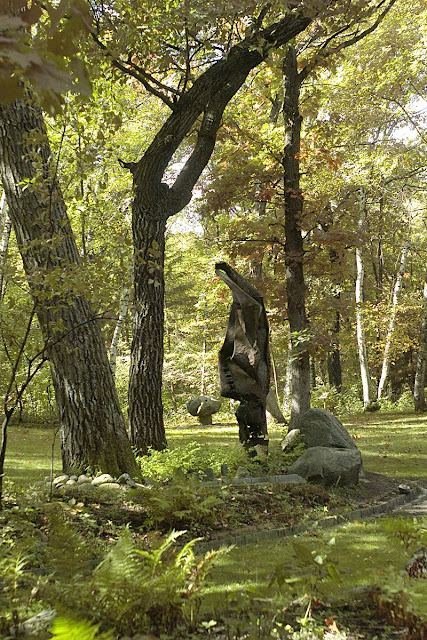 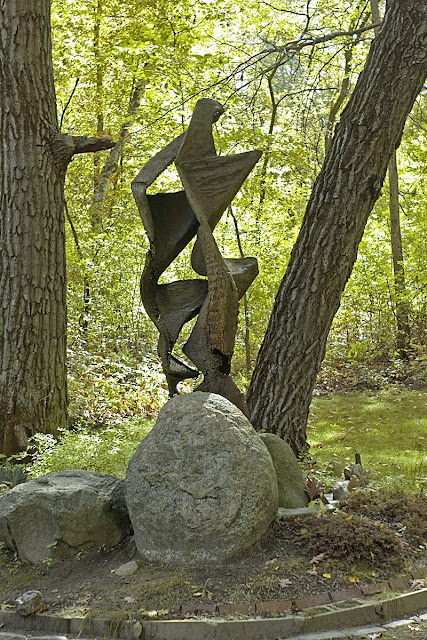 "Undertow"
1965
Welded steel
Even though Caponi covered the surface of this sculpture with 300 pounds of brass, he couldn't keep the steel underneath from rusting after 50 years of exposure to the elements.  The metal has since become too brittle to be repaired.  The sculpture was moved to a safer spot so it can continue aging in place. 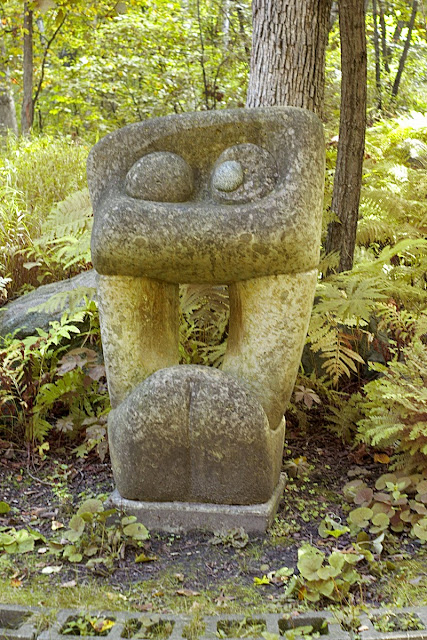 "Lovers"
1967
Limestone
This sculpture is an abstraction on the concept of love and fertility. 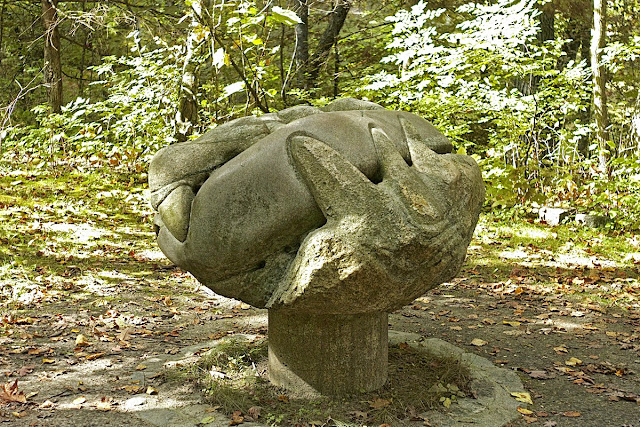 "Nugget"
1986
2-ton granite boulder
Nugget is a good example of Caponi's use of stone where the exterior is left almost untouched as he seeks to discover the variations within the stone.  The subject matter of the sculpture is the stone itself.  Marks left by the tools have become an element of the design 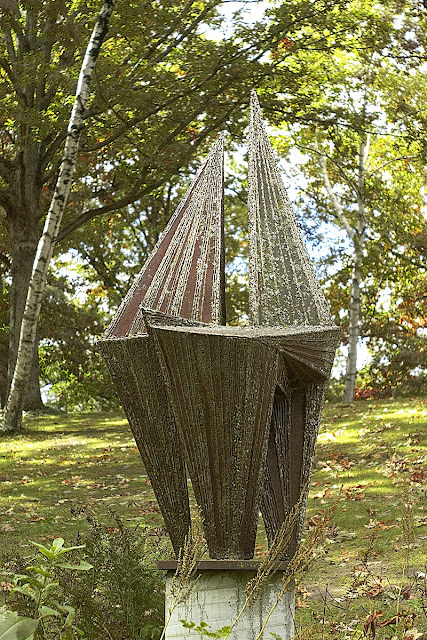 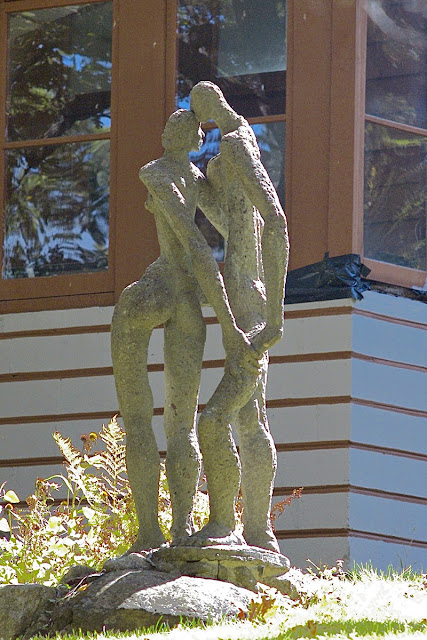 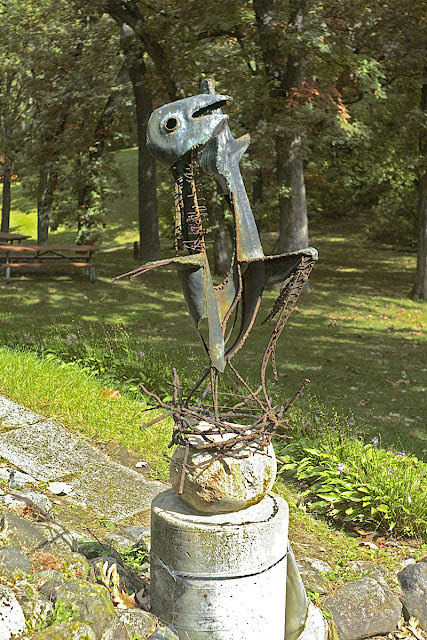 Anthony Caponi died on Oct. 9, 2015.  In his obituary, the Minneapolis Star Tribune wrote:

Caponi, Anthony Age 94, of Eagan, passed away on Oct. 9, 2015 A modern day Renaissance man, Anthony was an artist, civic leader and environmentalist. He was also an educator and professor emeritus of Macalester College, Saint Paul, MN where he taught and chaired the art department for more than 40 years. He brought his wealth of experience and artistic skill together in the creation of Caponi Art Park, a nonprofit cultural center in Eagan, MN. Among his many accomplishment and honors he received the Ordway Center for Performing Arts Sally Award for Commitment in recognition of lifetime achievement, contribution, and leadership in the arts.

All photographs were taken with a Leica M8 and various Leica lenses.