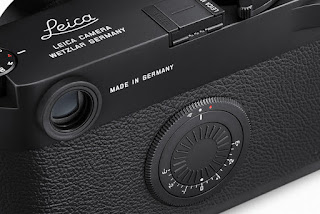 To some, Leica is an odd camera brand hopelessly clinging to the past with its spartan toy-like cameras lacking even basic features. Others (me included), however, see it as as a company that has long been known for its forward-thinking approach and products that other camera and lens manufacturers did not consider feasible. Its lineup of the fastest and at the same time the smallest lenses represents a very impressive and convincing portfolio. Leica’s authority in “impossible” high-performance optics is undisputed, but what about cameras?  So, let us talk cameras then.

Leica’s fame started when it introduced the first 35mm camera, which actually worked. Then there was the first built-in lens-coupled rangefinder and the first “camera system” with interchangeable lenses. In 1952 Leica forewent its thread mount and introduced the bayonet-fitted M3, an arguably the best camera ever made (or so a few million people say). Concentrating its efforts on refining the rangefinder camera design, Leica was not the first to introduce SLR. In fact, it never made an autofocus 35mm film SLR, which arguably was detrimental to its R (reflex) camera line. However, as early as 2004, Leica was the first and the only manufacturer that managed to create a universal film-digital 35mm platform when it introduced its DMR (Digital Modul R), a digital back that could be fitted on its R8 and R9 bodies.

Today Leica’s portfolio has a few pretty impressive digital entries: the smallest medium-format DSLR S2-S007 bodies that handles like a 35mm camera, a mirrorless SL with the best in the industry electronic viewfinder, futuristic and tiny T/TL APS-C cameras that deliver full-frame performance. This time around Leica succumbed to the market pressure and did not omit autofocus from its spec sheets.

While innovating on the digital front, Leica has not forgotten about its legacy, the M system. The first digital rangefinder camera, Leica M8, was introduced in 2006, and the first full-frame body, the M9, came four years later. Leica engineers achieved the impossible, as fitting a digital sensor in such a slim body was a multifaceted challenge. In 2016 they went even further introducing M10, the slimmest digital M with the same form factor as M6 film body. In addition to its elegant proportions, M10 sports incredible low-light performance, which when combined with Leica high-speed lenses, makes for a true spy camera capable of delivering more than adequate image quality in almost total darkness.

So, why such a long introduction? This is because I would like to tell you about the latest Leica camera, M10-D. Inside it is identical to the earlier M10. The only real difference is that it has no rear LCD. This is the moment when you may quite legitimately ask something like “Who needs a digital camera with no LCD, seriously?”. This is exactly what I thought when Leica USA sent me a test camera. It even felt somewhat ironic: instead of the LCD I got a non-functional film crank.

The reason for it became immediately obvious to me when I picked up the camera and swung the crank open. It was a thumb rest! Compared to my M10, the crank made the camera more convenient to hold, despite its seemingly sharp edges. Although cool-looking and somewhat functional, the crank still felt like a novelty not worthy writing a whole article about. What is it so great about M10-D? It turns out, the lack of a screen does not mean that the camera has no way of communicating with a photographer. Leica’s new mobile app FOTOS connects both iOS and Android smartphones to the camera in a simple and straightforward fashion. All it takes to establish a fast Wi-Fi connection is turning a bezel of the compensation  dial on the back and scanning a QR-code on the camera bottom plate. Once connected, the smartphone can be used both as a live-view window (admittedly, larger than a LCD would) and as a touch-screen command interface allowing, among other things, uploading full-resolution DNG files into a folder accessible by photo-editing apps like Lightroom Mobile.

Outsourcing camera settings and a viewer to a smartphone made total sense to me. Most of those functions are “fire-and-forget”: you set them once and never go back there. So, why burden the camera with extra controls to access things of that nature? Viewing pictures on iPhone X is much more productive than on a screen 1/3rd of its size. Not to mention, zooming with touch-screen gestures  and ability to share pictures online, if desired. In fact, smartphone integration has proven to be so convenient that now I use it with my M10 and SL all the time.

As cool as the FOTOS app is, the main objection that quite a few people had about this camera was “How can you be sure that your pictures are in focus if you cannot check them right away?”. I did not subscribe it, as memories of film days have not completely faded. Back then the only way to make sure that the focus and exposure were correct was to look at slides after you develop them. However, since this was the main issue for so many people talking about it on numerous Leica forums and social network pages, it was the merits of not having the LCD that I set out to figure out.

The camera’s vintage look basically determined my lens choice: 1.4/35 Summilux Pre-ASPH. Its depth of field is shallow enough to make the test reasonably challenging. My first test took place at the Detroit Opera House where I took a few pictures of ballet dancers rehearsing. What I realized within first five minutes of shooting was how much interesting stuff I would have missed seeing and photographing if I had a LCD to look at. Having only compensation and mode dials in the back the camera forced me to be more aware of what was going on around me. As for making sure that my settings were correct, it turned out that it was not really that much necessary. 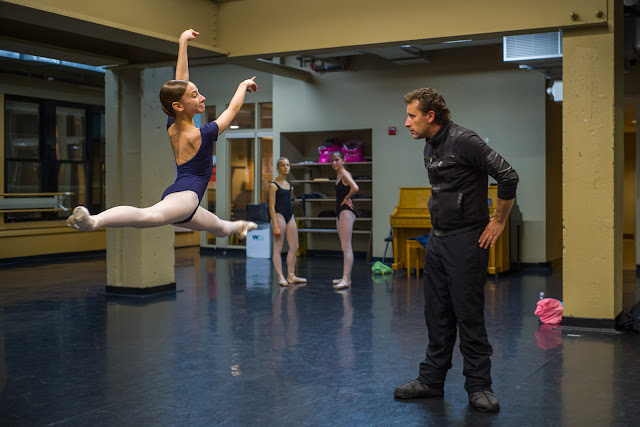 F/2.8 did not seem hard enough, especially considering the fact that I had a reference for pre-focus. So, I decided to make my life a bit more difficult. The picture below was not a set-up. The dancer was doing her Grand Jeté as a part of her routine, and all I had at my disposal as a reference was the music. 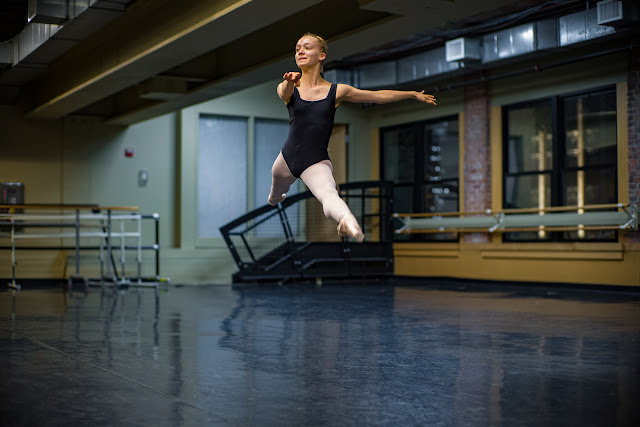 There is no magic in correct manual focusing on a moving target. The thing about rangefinder cameras is, since the viewfinder is not in any way optically connected to the lens, there is no blackout. Even modern mirrorless cameras make you wonder what is indeed happening in the frame right at the moment of taking a picture. Leica M cameras let you see the picture at the moment of its conception, which in this particular instance made me confident that I got the shot.

My next test was low-light photography. M10-D due to its matte black finish and no red dot above the lens is indeed a stealth camera ideally suited for night candid photography. 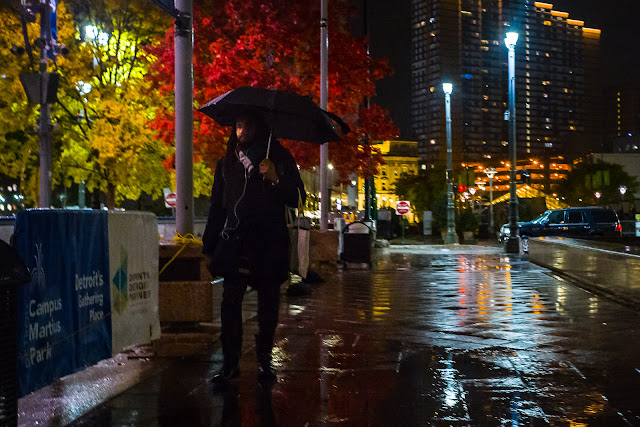 Did I mention that M10-D body is sealed? I wish M lenses were too, but simply wrapping the lens in a piece of a black plastic garbage bag was enough to spend an hour walking in the rain. 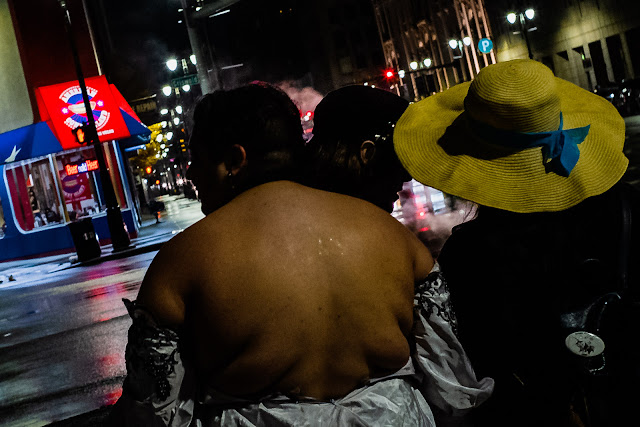 It is on the rainy streets of Detroit that I realized that not having a LCD makes me even less noticeable, as there was no light to give me away. An ability to get very close to the subject makes for much more compelling images than a telephoto long-distance approach. 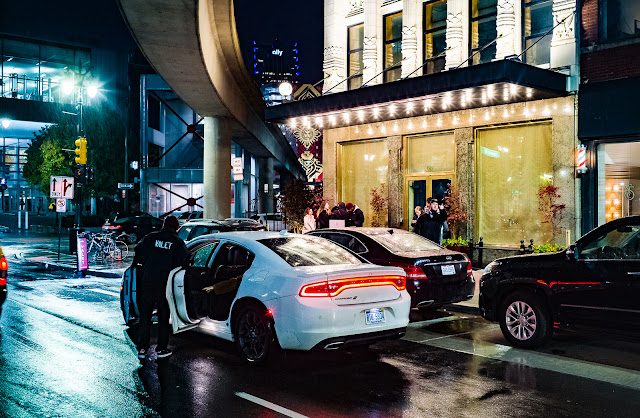 Good low-light sensor performance means that one can stop down for greater depth of field when needed. Intricate multi-layered composition of the image above required every detail to be in focus, and the camera delivered with no need for noise reduction. Admittedly, my M10 would do the same, but I wouldn’t feel this invincible in a process. 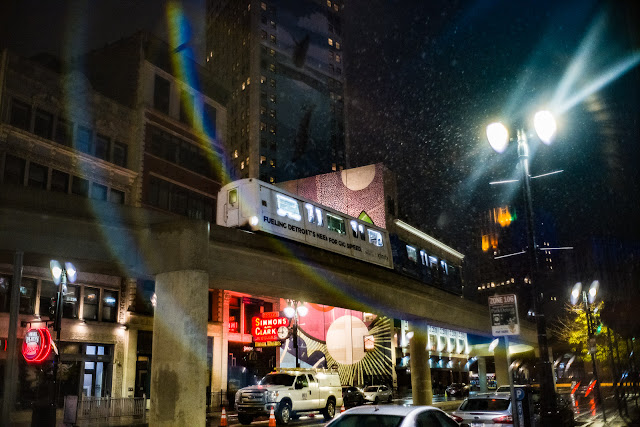 When Oskar Barnak came up with his Leica I idea, he thought of it as a camera for landscape photography. So, I decided to pay a tribute. The pre-aspheric 35mm  Summilux, when stopped down to 2.8, is an amazing performer. Wide open, though, it is full of pleasant surprises from coma to flare and of course the famous “Leica glow”. However, the visual effects are easily reproducible, and knowing how the lens would act in certain situations made the flare and comets predictable, even without a LCD screen.

Being an M10 owner I can certainly live without M10-D. Moreover, even if I had both, I would still choose the M10 for an important commercial job for the only reason: sometimes it is important to show the client something on the LCD screen right away. If I did not have my M10 and had been given a choice which camera to get, I would probably go for M10-D, just because it is so awesome.

So, what am I saying? Leica M10-D is a camera that managed to get under my skin the first day I used it. It is the first digital camera with which I developed a real emotional connection. Photography, as an art form, is incredibly subjective and results depend on the emotional state of the photographer greatly. This emotional connection to the camera is very important, as it inspires and results in better pictures. 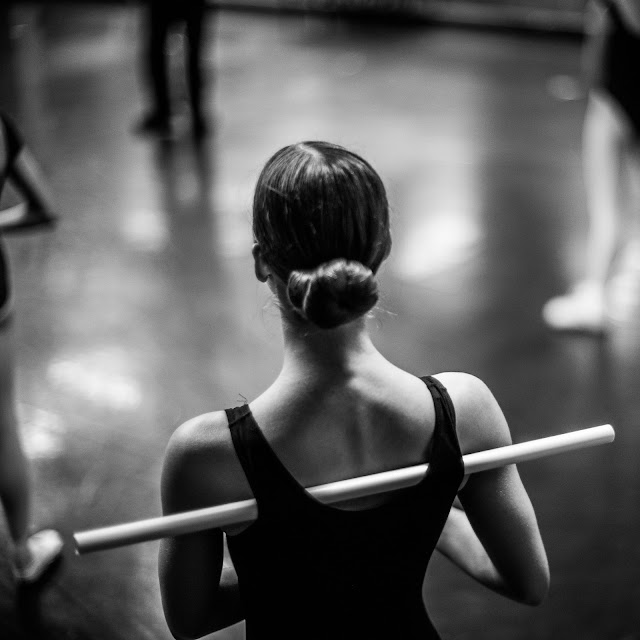