This is a story about a camera, a rather special camera. Every camera has a history, so they say. But it is not all that often that one has such a rich and documented history. One that was thought to be lost but has been found again. This is the story of Sean Flynn’s Leica M2.

I have been very lucky throughout my career to have found some amazing cameras, but every now and again you come across something that sets itself apart. This is one of those cameras. The vast majority of the cameras I see have no record — you literally have no idea where they have been. But this camera is different, it has a well-documented history that was thought to have been lost. But through a bit of digging and a lot of luck, the history of this camera has revealed itself.

This really is a story of serendipity. I was offered this camera earlier this year by a representative of the Flynn family. As soon as I was told about the history of the camera I knew exactly who would want it. One of my clients has a particular taste for cameras with a history and this was the camera for him.

But first, we should go back and talk a little bit about Sean Flynn. 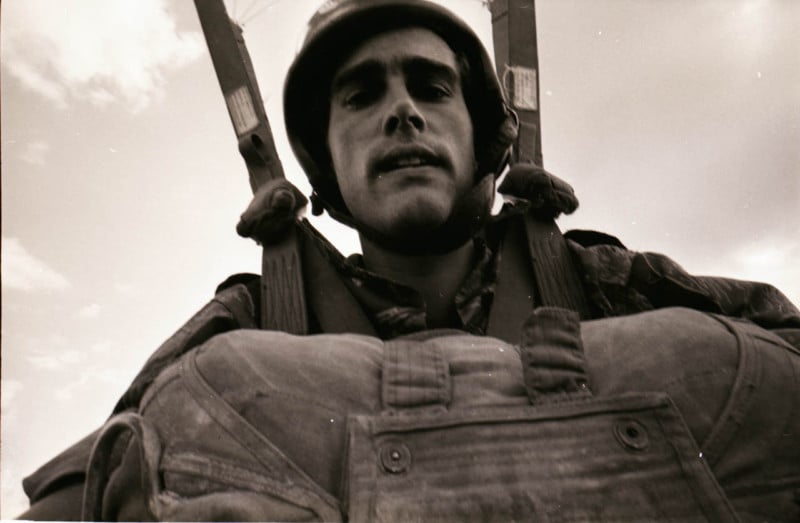 Who Was Sean Flynn?

Sean Flynn was the only child of the famed actor Errol Flynn and Lili Damita and was well known for his work as a photojournalist covering the Vietnam War. Flynn worked closely with special units in Vietnam and Cambodia, capturing incredible images of the war. Many of his images would be considered to be the raw view of an especially brutal war. 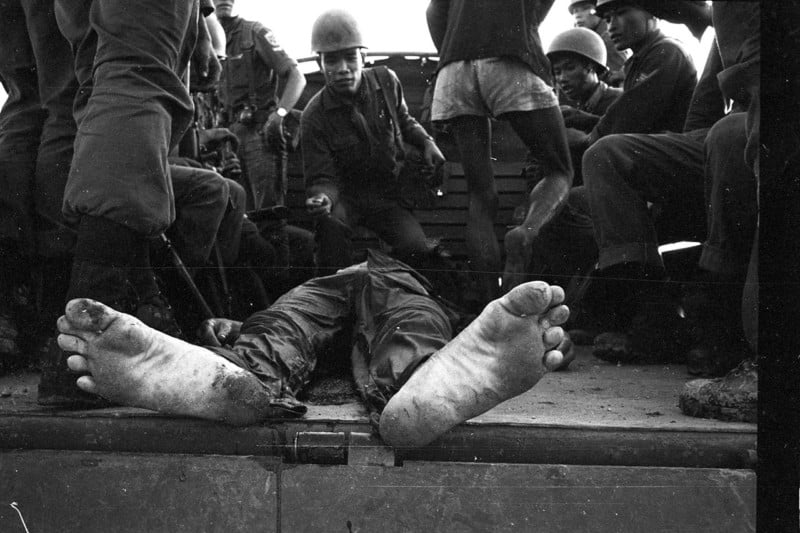 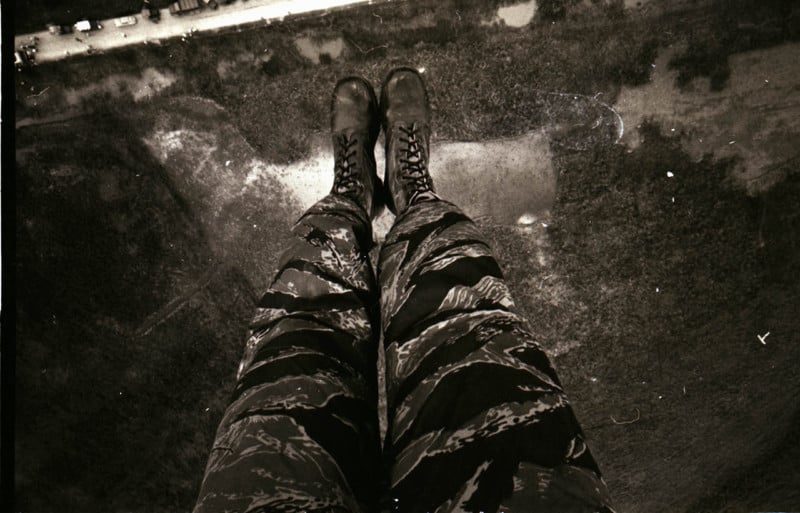 In 1970, he was kidnapped in Cambodia while on the way to an assignment with fellow photojournalist Dana Stone and was never to be seen again.

There were reports that both Flynn and Stone were kidnapped by the Vietcong and then handed to the Khmer Rouge before being executed, but remains were never found. Flynn’s mother spent her life and fortune trying to find a trace of her son, but sadly it was to no avail. Sean Flynn was declared legally dead in 1984. 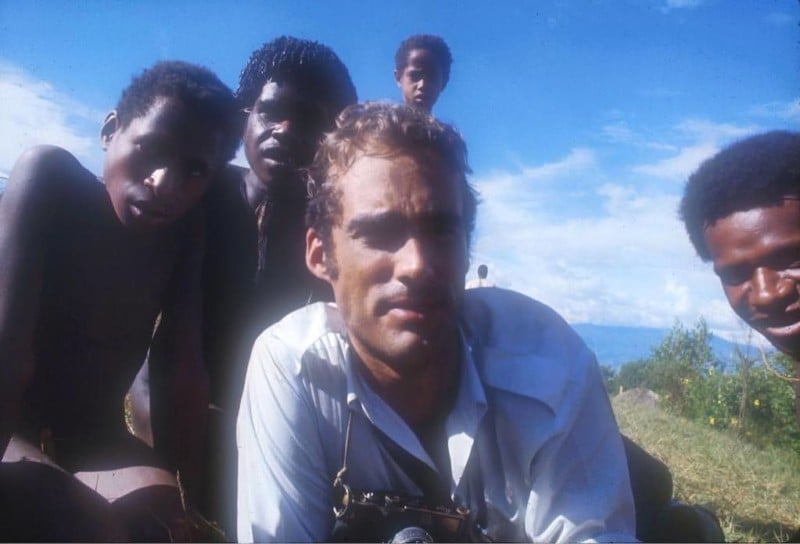 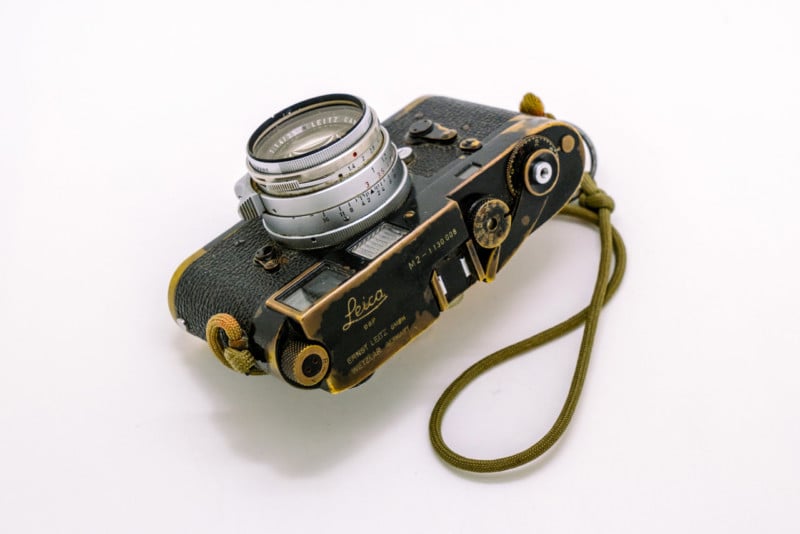 This is Sean Flynn’s Leica M2, with a Steel Rim Leica 35mm Summilux and a strap that was hand fashioned from a parachute cord and a hand grenade pin.

One of the things that makes this camera so special is that we absolutely know where it has been, who it belonged to, and what it has been doing. How do we know this? Because the camera has been doing nothing, absolutely nothing. This camera has been tucked away in a dark corner for more than 30 years. But recently the family finally decided that a new home should be found for it, which is when they found me.

This means that the last person to use the camera was in all likelihood Sean Flynn. To me that makes this camera really special. The camera has a beautiful patina, from heavy usage. But it also has grime, grime that could well have come from Sean Flynn handling the camera. There is dust too, but I would not dare wipe it away. You can see the memories and the marks on the camera, and you can attribute them to someone, which is amazing. 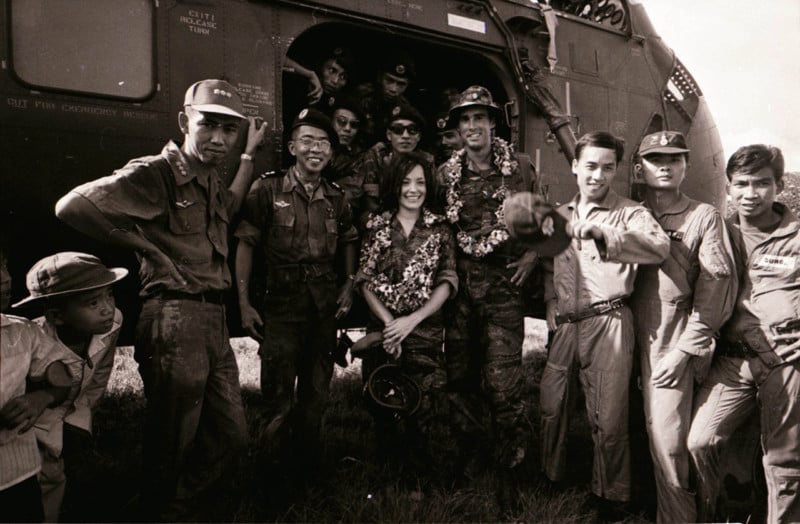 This is an important camera due to the nature of ownership, and with that comes a certain amount of responsibility. A camera like this is an important piece of history and needs to be treated as such. Fortunately, I had someone in mind whom I knew would be the perfect person to take care of this remarkable piece.

And this is where the serendipity kicks in. It turns out that the new owner of this camera was not only aware of the history of the camera, but he was friends with Frank Palmos, who knew Tim Page. 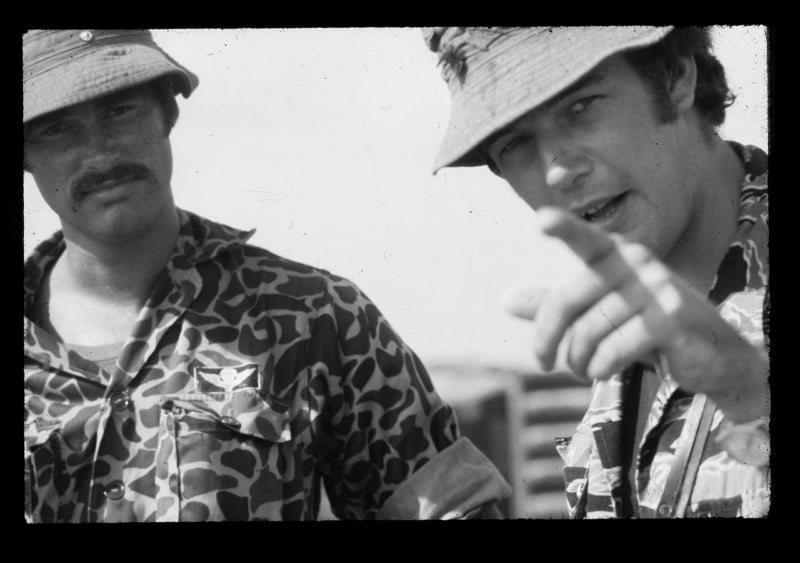 Tim has been instrumental in helping piece together the history of this camera for us. Tim confirmed that this is the camera that Sean shot with in Vietnam, as he remembers sitting with Sean in ‘Frankie’s House’ as Sean made the strap for the camera from the parachute cord and pin: “We used to have arts & crafts sessions where we would customise our field kit and equipment”. 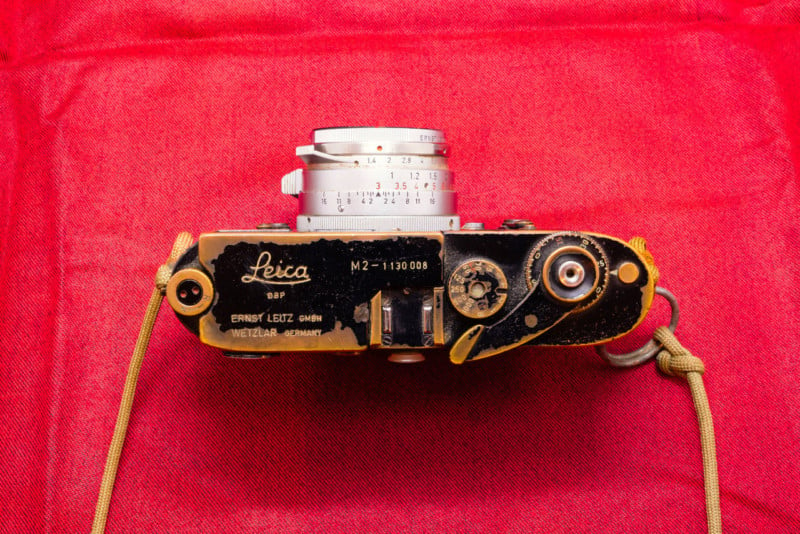 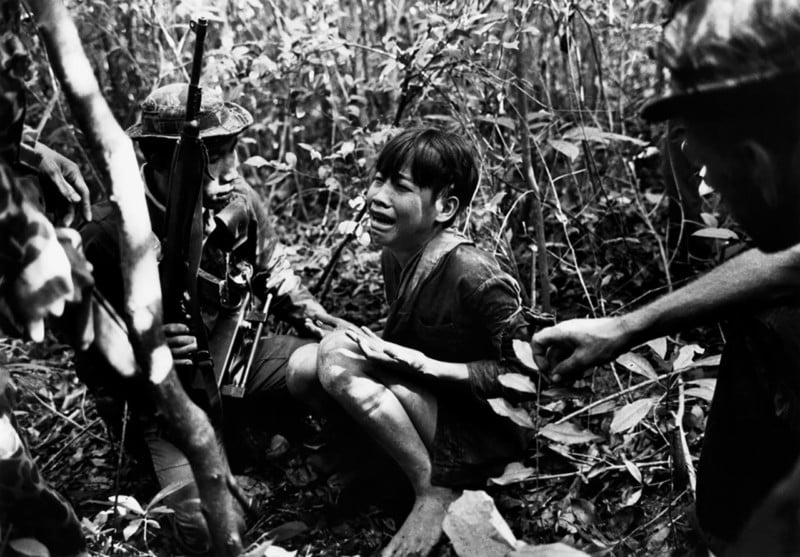 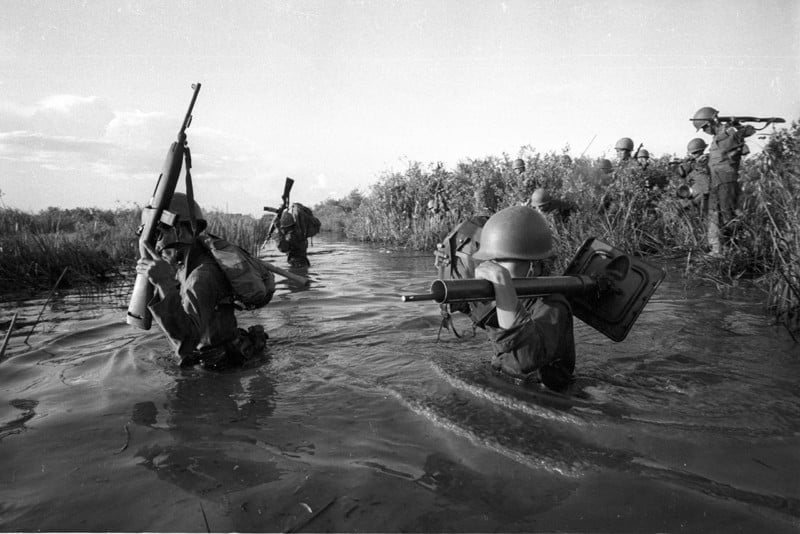 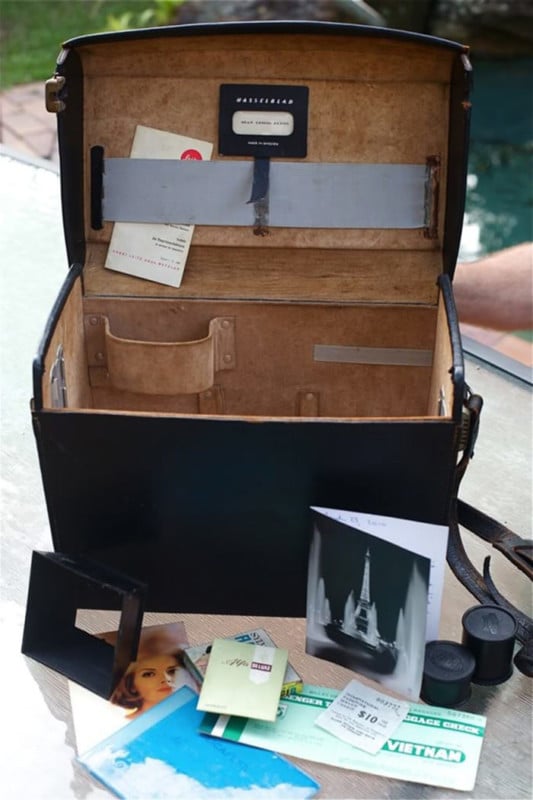 So this is where the story ends, right? Will the camera be locked up in a collectors cabinet, hidden from the public eye to be forgotten? No, this camera is far too important to have that happen. This camera is going to be the centerpiece of a retrospective show of Sean Flynn’s work, and the work of other photographers that knew Sean Flynn.

The camera will be featured with the bag and prints of Sean’s, Tim’s and other’s work at shows in the Leica store in Hanoi and at a government house in Ho Chi Minh city. There is the possibility of the show touring to other countries in the future. The camera will reside in Saigon with its owner. 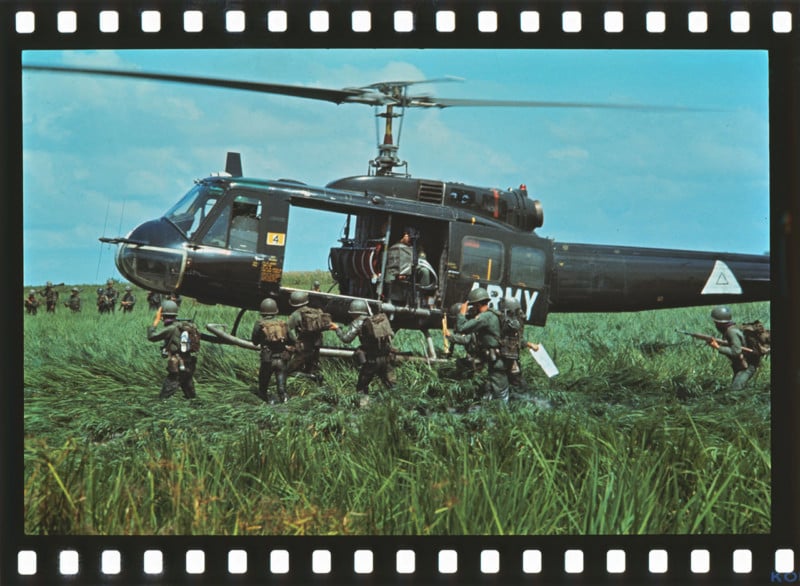 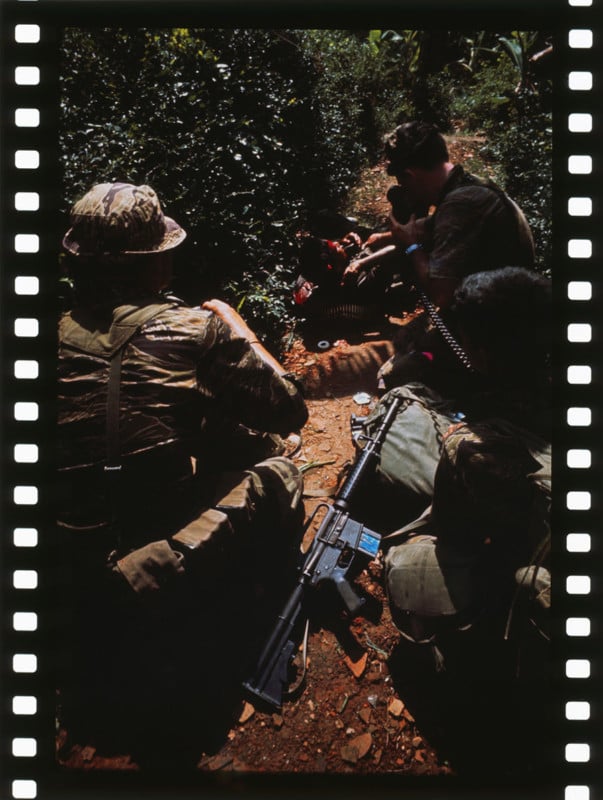 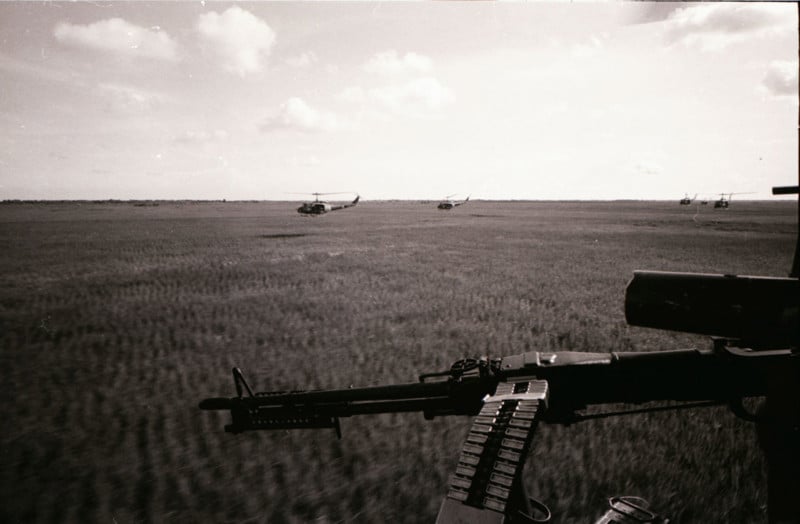 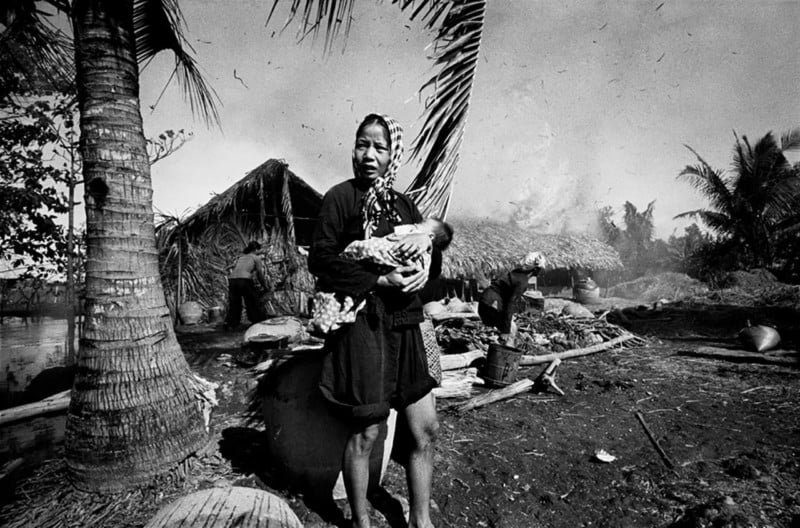 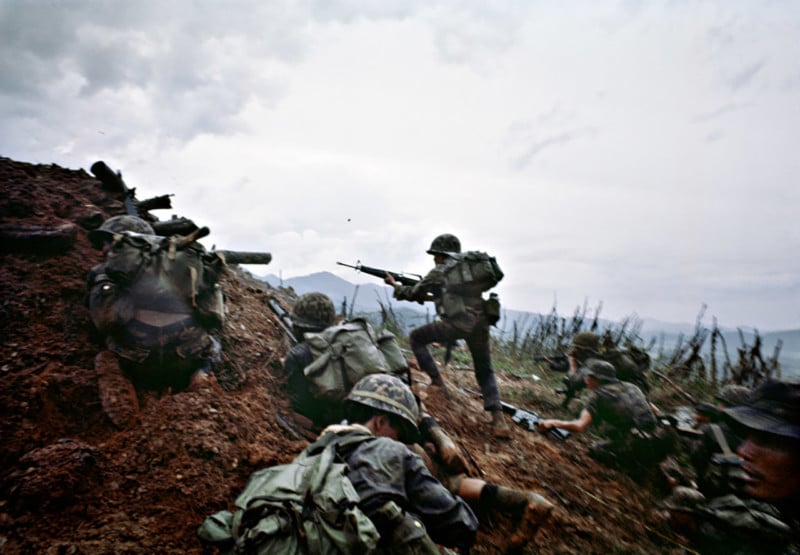 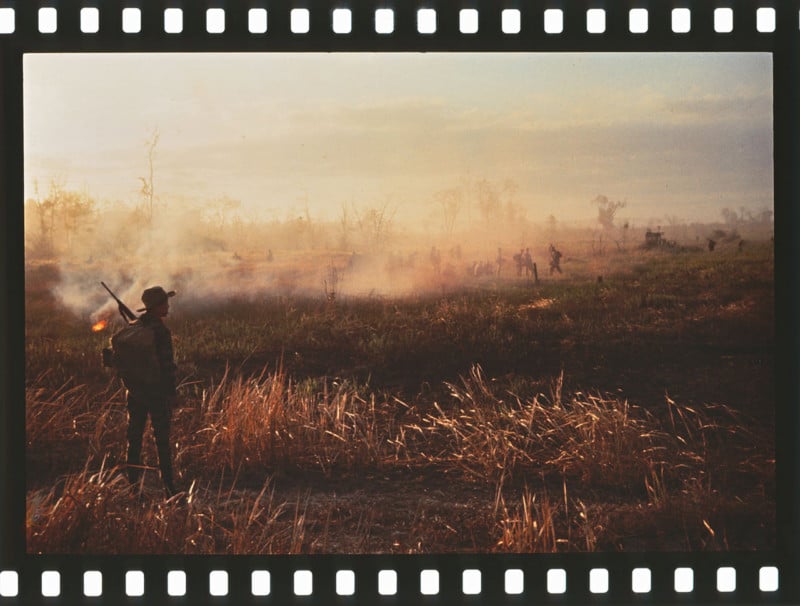 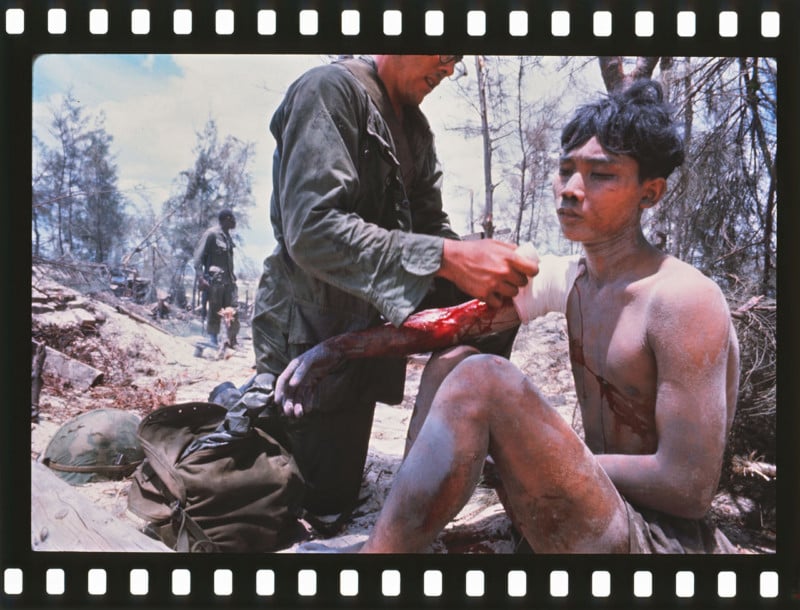 Helping to put something like this together is what makes my job so rewarding for me. Seeing the life of a camera so special is an exciting and emotional experience.

I am always on the lookout for cameras with a history and a story to tell. Drop me a line if you have one or know someone that does.

I would like to extend my sincere thanks to Chad Kiser for helping me to work with the Flynn family. And to Tim Page for assistance with the images you see here. All images used with permission. No reproduction without prior consent.

About the author: Bellamy Hunt is a photographer based in Tokyo, Japan, and the man behind Japan CameraHunter. The opinions expressed in this article are solely those of the author. Hunt sources quality cameras and photo gear from Japan for customers around the world. You can find more of his writing on his website. This article was also published here.

Posted by LEICA Barnack Berek Blog at 8:43 AM