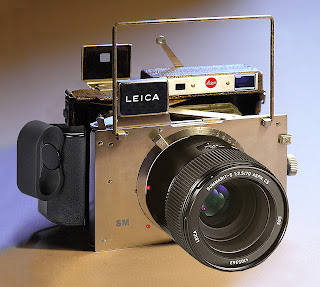 Leica Camera AG today announced an entirely new camera to their lineup, the brilliantly designed Leica SM.  Full details are still sporadic, but here is what we know:

It is a large format camera with a sensor similar to that of the Leica S. It has the same size of 30 x 40 mm, but with a higher resolution of 50 megapixels.  The camera body features a collapsible front standard which makes the camera extremely flat when collapsed, only 42mm without lens.  This is very convenient when transporting the camera.  The front standard is connected to the rear of the camera via a bellows.

Several means of focusing are available, a folding electronic viewfinder, a large viewing screen in the back with live view, including a folding hood for better viewing in bright light, and a built-in rangefinder.

The camera accepts the same lenses as the Leica S which work with the built-in focal plane shutter.  But in addition, the camera also has a built-in leaf shutter to allow the use of lenses without shutters.  This opens up the possibility of using a variety of lenses which otherwise would be useless.  All of the Leica S lenses have the same functions on the SM, including autofocus.  But most other lenses will have autofocus also when used on the SM.  This is achieved with a high speed worm drive which moves the support of the front standard of the camera.  In addition, a large focusing knob at the side of the camera can be used to move the front standard from the infinity position to allow for close focusing beyond the standard minimum focusing distances of the lenses used.  The layouts of the electronic controls are all positioned in the back of the camera, similar to the Leica M and S cameras.  A convenient handgrip is offered as an accessory.

The Leica SM also features a seemingly old fashioned feature, a frame finder.  This allows following even extremely fast moving subjects with substantially greater speed and easy than most other viewfinders would. 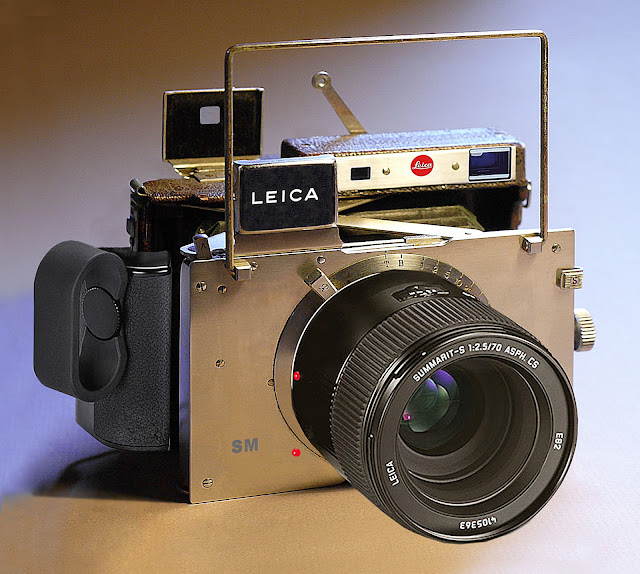 Leica SM with 70mm f/2.5 Summarit-S.
The settings for the leaf shutter are clearly visible, as are the folding electronic viewfinder and the rangefinder.  The frame finder is folded up and the camera is equipped with the hand grip on the right side of the camera. 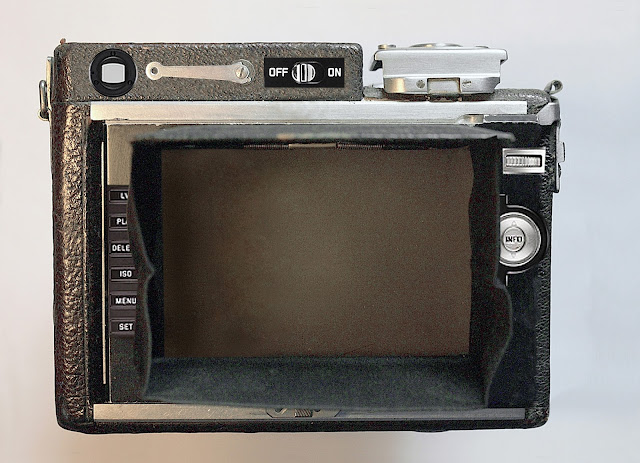 The back of the camera, showing the large viewing screen with its built-in hood opened, the elctronic controls and the folded electronic viewfinder. 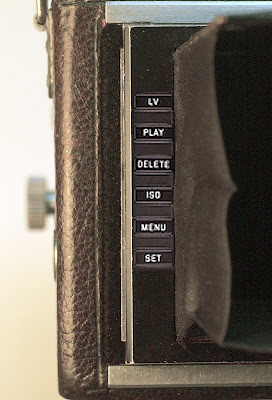 The focusing movement on the bottom of the camera 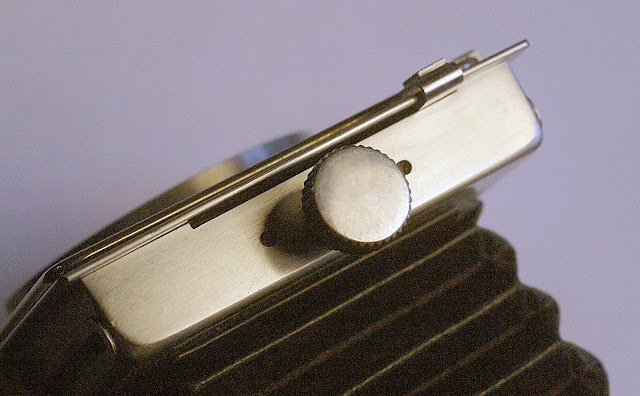 The close focusing adjustment knob on the side of the camera

We will report more in depth about this camera as soon as additional information becomes available.  Stay tuned...


Posted by LEICA Barnack Berek Blog at 9:46 AM