THIS LEICA MIGHT BE THE WORLD’S MOST EXPENSIVE CAMERA

The UK Mail Online internet news magazine is reporting of what might be the rarest production Leica in existence and probably the most expensive camera on the planet.  Here is what they had to say:

Is this the world's most expensive camera? Last surviving gold-plated Leica 'Luxus II' - complete with lizard-skin case - set to sell for over £1.7million

The Luxus II was one of just four special edition versions made in 1932
It was discovered 12 years ago on the BBC's Antiques Roadshow
It will go on sale with its crocodile skin case, at Bonhams in Hong Kong
The whereabouts of other three are unknown, making this incredibly rare

An incredibly rare camera discovered 12 years ago on the BBC's Antiques Roadshow is expected to sell for a world record price of more than £1.7million

The only surviving model of a Leica Luxus II camera is gold-plated and encased in lizard skin and was one of just four special edition versions made in 1932.

The camera has the serial number 88840 and comes with a 50mm Elmar lens, which features a bell-push release. 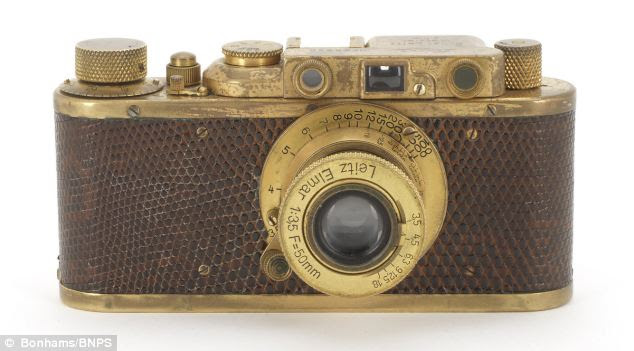 One of a kind: The incredibly rare Leica Luxus II gold-plated camera without its case

The model is now thought to be the rarest camera in existance as the whereabouts of the other three is unknown.  It is also being sold with an original crocodile camera case, the first time one has ever come to light.

The Luxus II was gifted to a British enthusiast after World War Two, used avidly for several decades and then put away somewhere until the owner took it to Antiques Roadshow for a look-see in 2001.  Marc Allum, antiques expert and a presenter on the show, said it has the potential to be the 'most valuable find ever'. 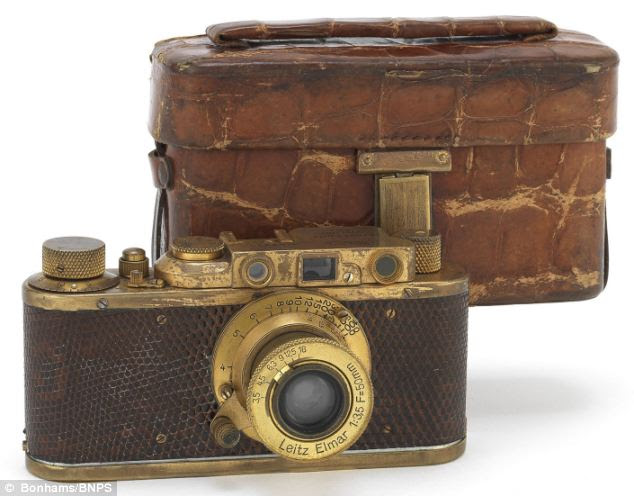 The camera is being sold with an original crocodile camera case, the fist time one has ever come to light

'It was a strange experience at the time,' Antiques Roadshow presenter Mr Allum told the Telegraph. 'It was put in front of me and I looked at it in complete disbelief.

'I never expected to see a camera like that.'

Despite having an estimate of £800,000, it is thought that the camera could fetch a seven figure sum after a Leica 0 series sold for almost £2million last year. 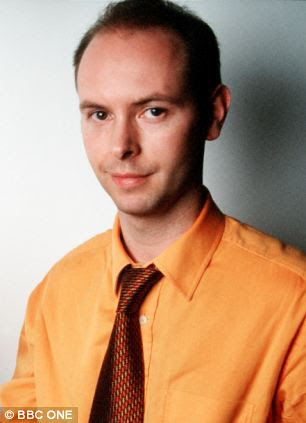 Leica, formerly known as Ernst Leitz GmbH, made their first camera in 1913 which were designed for landscape photography.  The brand went on to become one of the most iconic camera manufacturers because of their small, compact models in contrast to the large versions available at the time.

'Leica is a legendary name among cameras and has always had a reputation for cutting edge technology.
'It looked modern and its appeal was based very much on its portability and the fact that such a compact camera could produce negatives that could be enlarged.
'This was in contrast to large formula box camera which were unwieldy by comparison.
'By the early 1930s it was firmly established as the camera of choice for photographers and the press and was a key factor in the development of photojournalism.'

Andrew Currie, a spokesperson from Bonhams, said: 'There were 52,000 models made of the ordinary Leica IIs, but there were only ever four made of these Luxus Leica IIs.

'It was a luxury version of the ordinary camera, and the whereabouts of the other three is unknown so this is extremely rare.
'There may have only been such a small number made as a way of making it seem more desirable by the company, or they could have been made to order.
'Every time Leica introduced a new model it was an improvement on the one before so the features on the Leica II were an advance on the Leica I.
'I think the key point about the Luxus versions is that they were gold plated and the body work was encased in lizard leather.
'I also believe this is the first time the crocodile Leica case has come to light.'

The camera will go up for sale at Bonhams in Hong Kong on November 22.

Posted by LEICA Barnack Berek Blog at 11:18 AM