Besides the manufacture of cameras and lenses, ELCAN was also very much involved in the manufacture of military equipment.  One of the most unusual military developments was an underwater camera system which ELCAN developed for the US Navy.  It primarily consisted of a complete set of lenses for underwater work, not only for 35mm cameras but also for medium format, 16mm motion picture and TV cameras.  These were rather unique lenses because they were not part of a camera that was simply put into a water tight housing.  Instead the lenses were designed to be exposed to the water with their front element.  The common way of using under water housings for conventional cameras usually incorporate standard lenses that are designed to work in air.  Even with their standard lenses, Leica goes beyond standard practices by taking the refractive index of air into consideration when designing their lenses. 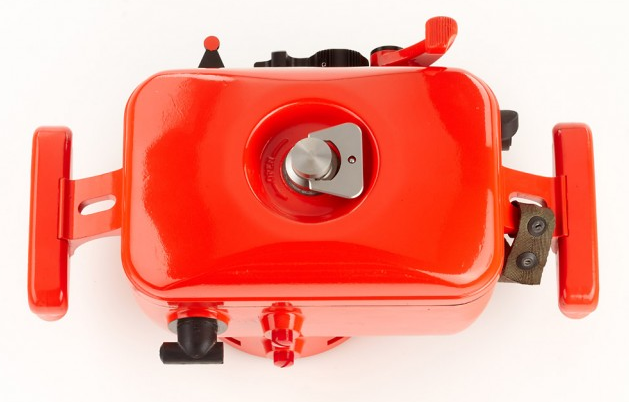 35mm system, with inside front and back view with Leica M4 camera installed 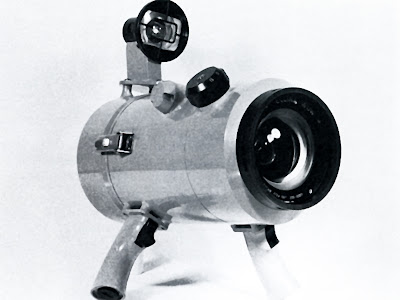 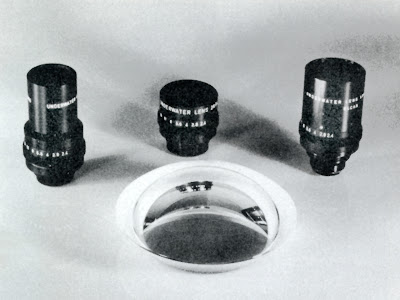 The ELCAN under water system instead was designed according to the refractive index of water.  As a matter of fact, since this system was to be used primarily in salt water, it was the refractive index of salt water that was used in the design of these lenses.  However, not all oceans have the same salinity.  So ELCAN went one step further and took the refractive index of the salinity of the various oceans into consideration.  This was possible with an interchangeable front element of their water contact lenses.  This overall design actually considered the water as an integral lens element of the entire system.   To avoid the need to test these lenses in the various oceans all over the world, ELCAN built a large water tank that could be flooded with water of the appropriate salinity. 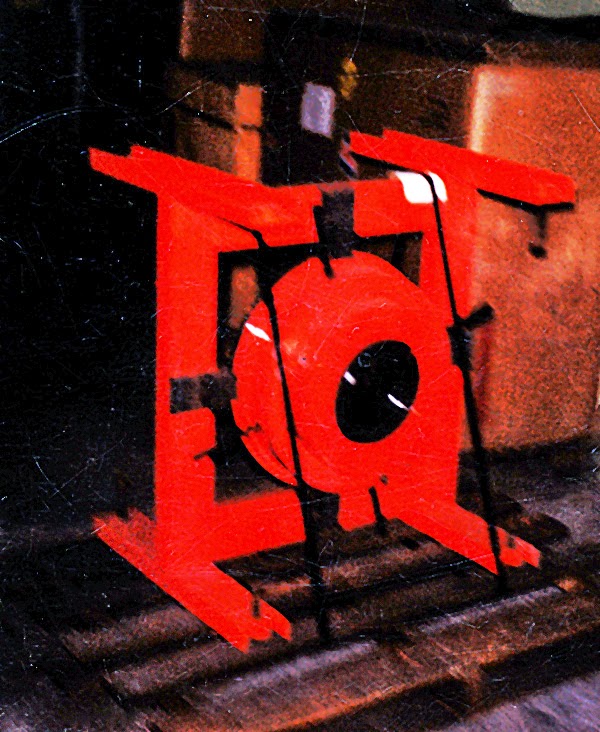 The correction of these lenses was so good that, when water is clear enough, there is no way of telling that the pictures were taken under water.  ELCAN was the first company to suggest such a design.

What is even more amazing is the fact that the thick water contact front element is reported to be so strong that the lenses can be used in the greatest ocean depths without any problems at all, including the deepest part on earth, the 36,200 feet deep Challenger Deep of the Mariana Trench.