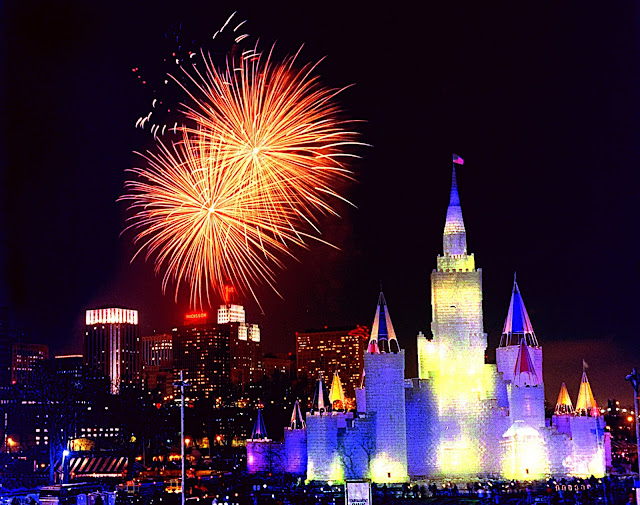 This terminology is self-explanatory; photography with whatever light is available.  During daylight hours, this is no problem.  Difficulties arise when light levels are quite low.  Under such circumstances faster lenses or higher ISO settings often become a necessity.  With film, higher ISO settings generally are accompanied with coarser grain and ISO 3200 is a limit that is hard to overcome.  Here digital technology offers considerable advantages with some cameras offering ISO levels many times higher.
This has created another performance evaluation besides camera resolution in megapixels and dynamic range.  Some individuals are definitely of the opinion that a camera isn’t worth considering unless it excels at super high ISO levels.  There is definitely an advantage to be had, but are levels of 100 thousand ISO or more really necessary or helpful for that matter?
I have been involved in several discussion about this and thus have come across examples where anything less than 10 thousand ISO just doesn’t cut it.  My enthusiasm of this is far more measured, but then I don’t photograph black cats in a coal mine very often. 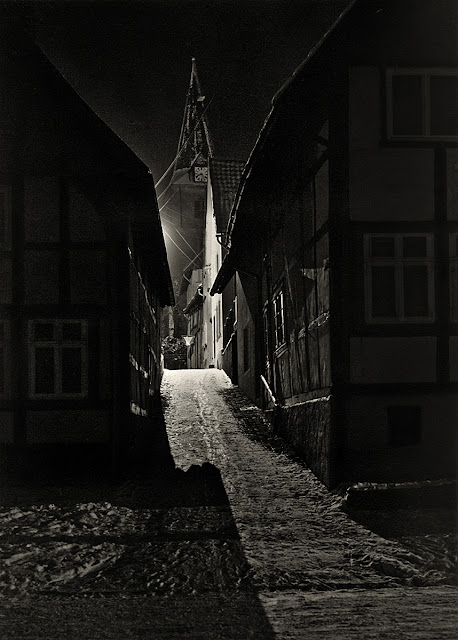 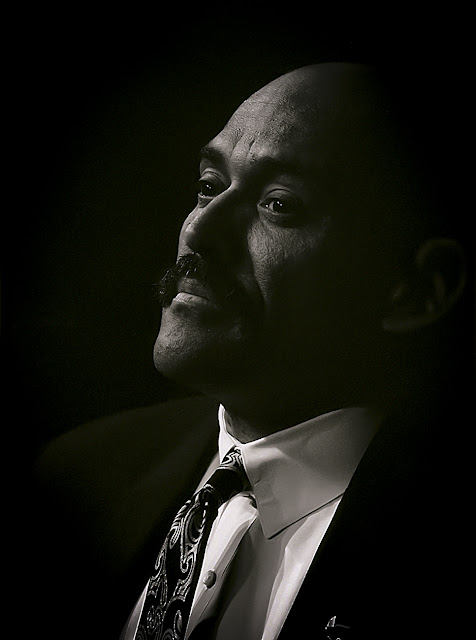 Lou Bellami, Penumbra Theater, St. Paul, Minnesota
Leica M6, 135mm f/2.8 Elmarit-M
Ilford XP-2 Super, ISO 800
The beginning of my photographic education is solidly anchored in the film days.  Over the years I have certainly done my share of available light photography, yet rarely did that necessitate ISO levels higher than 800 or 1600.  As a matter of fact, I am hard pressed to imagine a photographic situation where anything substantially higher is necessary, although I should add that the coarse grain of very fast films is often used as an artistic element. 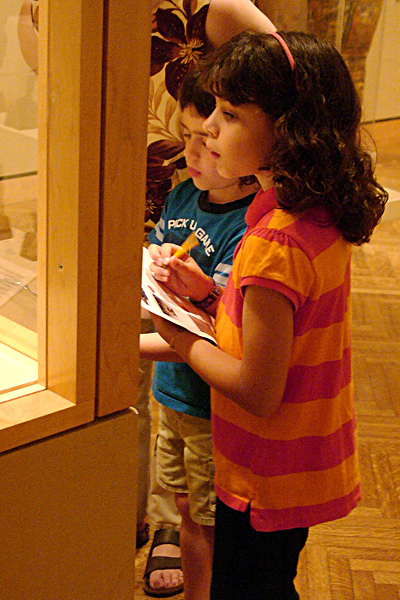 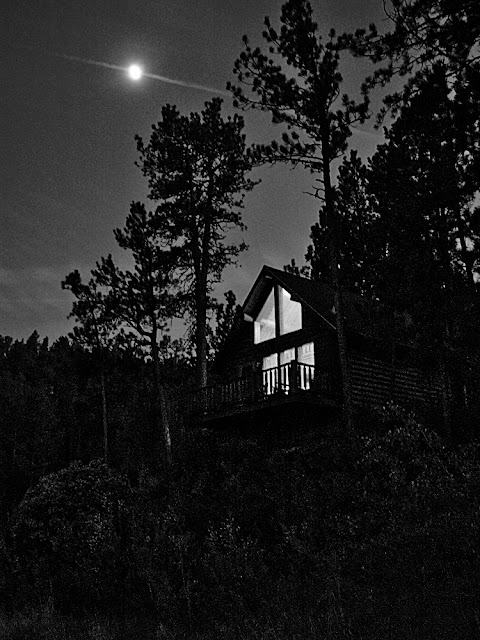 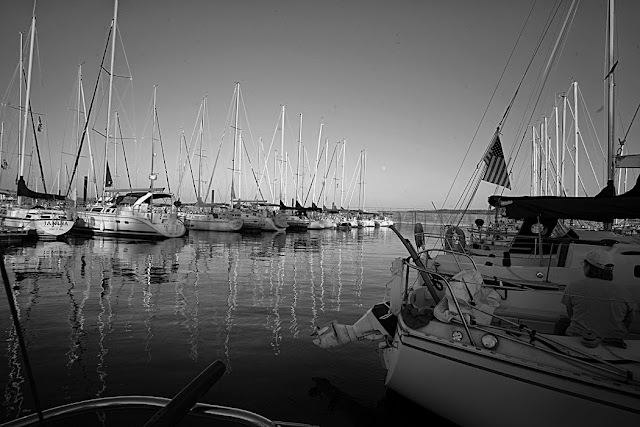 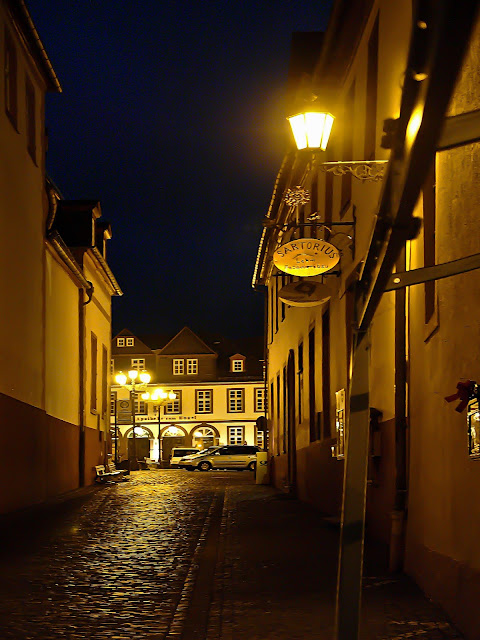 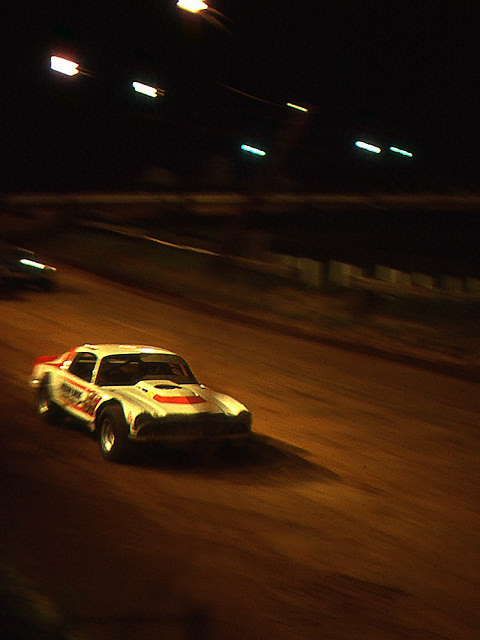 Leica M5, 50mm Noctilux f/1
Kodachrome 25, 1/30 sec f/1
I have always tried to keep film grain as small as possible which is the very reason why I used to shoot quite regularly with film speeds of ISO 25.  Obviously, that is quite limiting.  Combining small grain with a variety of film speeds led me to chromogenic films, mainly Ilford XP-2 and its successor, the XP-2 Super.  Unlike other black and white films, these have the advantage of offering a relatively wide range of ISO settings without the need of developing adjustments.  I regularly used the XP-2 and XP-2 Super at ISO ranges from 100 to 800. This would be of no consequence if there were no apparent difference.  However, at lower sensitivity setting these films display a noticeably finer grain.  Since no development adjustments are necessary, there is the advantage of being able to change the film sensitivity as needed and take advantage of the finer grain at the lower speeds, all on the same roll of film. 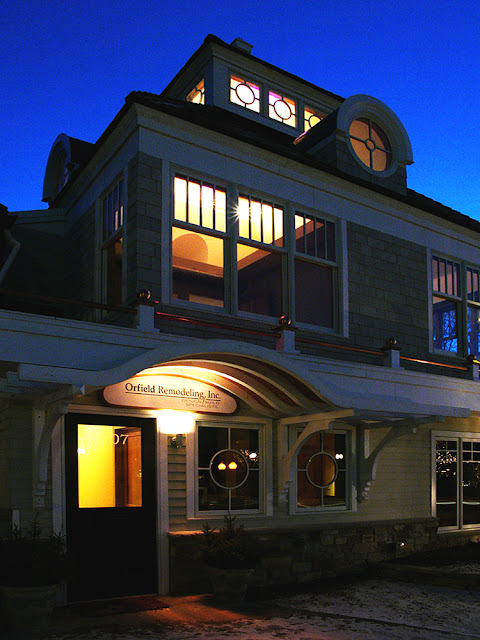 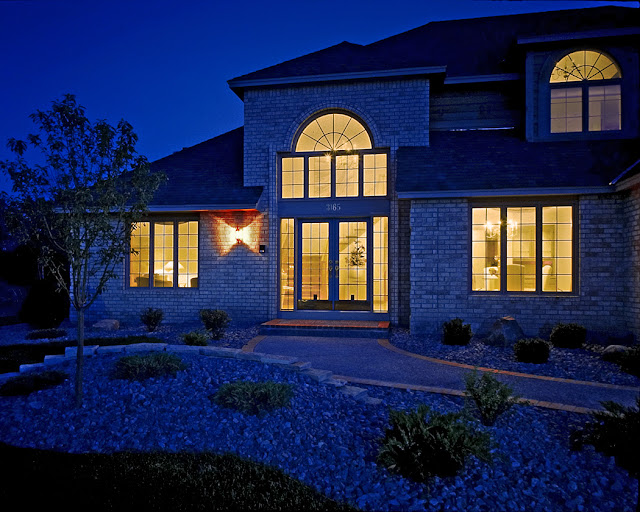 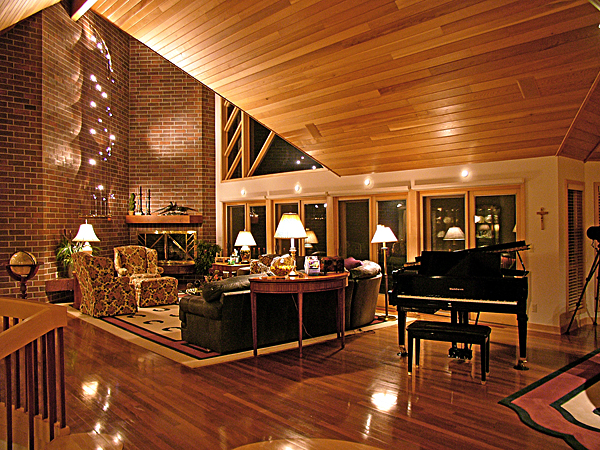 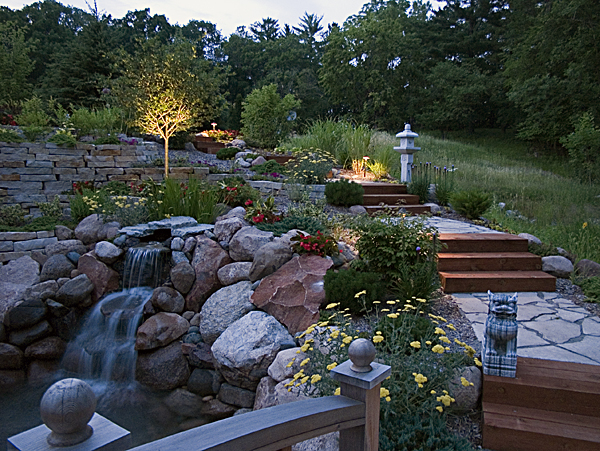 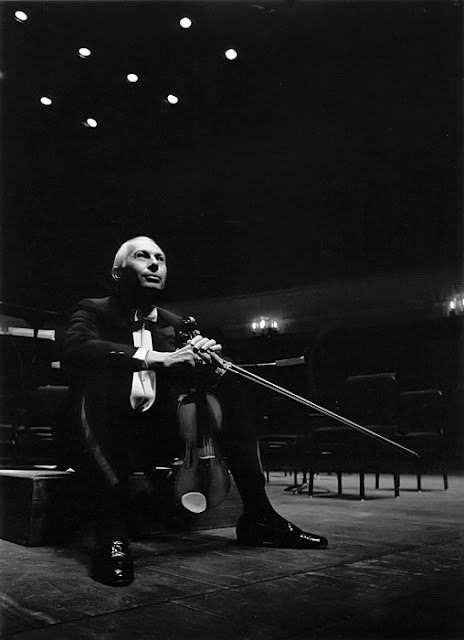 "Tecco"
former principal violinist St. Paul Chamber Orchestra, St. Paul, Minnesota
Leica R4. 28mm f/2.8 Elmarit-R
Ilford XP-2 Super, ISO 800
Of course such considerations are of not much consequence with digital cameras.  Here we can change sensitivity setting at will, although the greater noise at relatively high settings, which does look very much like film grain, is something to consider.  Thus I still follow my old habit of using relatively low ISO settings in order to get the most out of my cameras and lenses.  With my digital cameras that generally is ISO 100 or 200, although modern digital cameras are capable to work with much higher ISO settings without any noticeable image degradation.
Available light photography is considered by most as photography under relatively low light levels.  This naturally can result in fairly slow shutter speeds unless higher sensitivity settings are utilized.  Of course a tripod can be of great help when slow shutter speeds are necessary, although no tripod can overcome the need for faster shutter speeds with fast moving subjects.  I also consider a tripod very restrictive in the way I can use a camera.  I much prefer to use my cameras hand held. 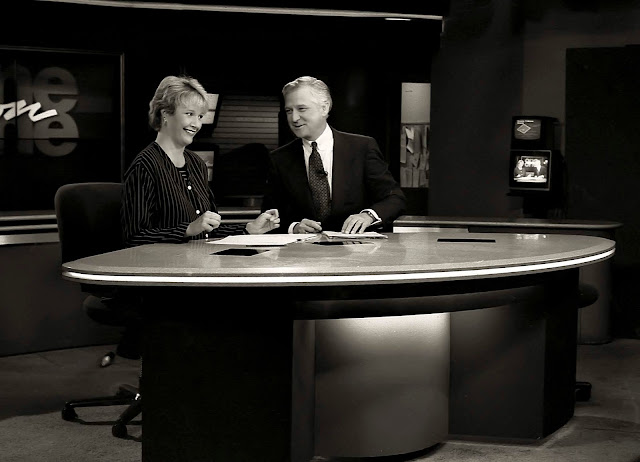 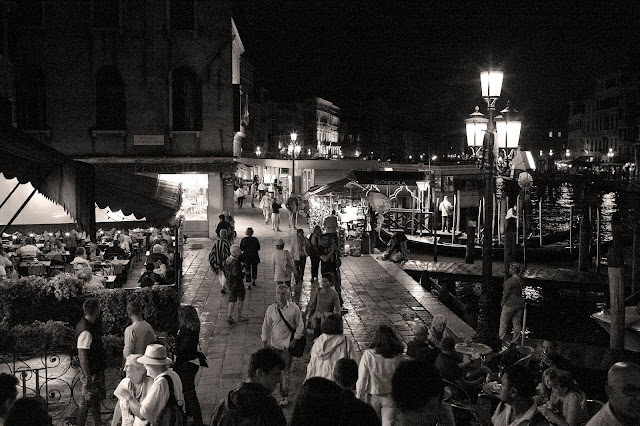 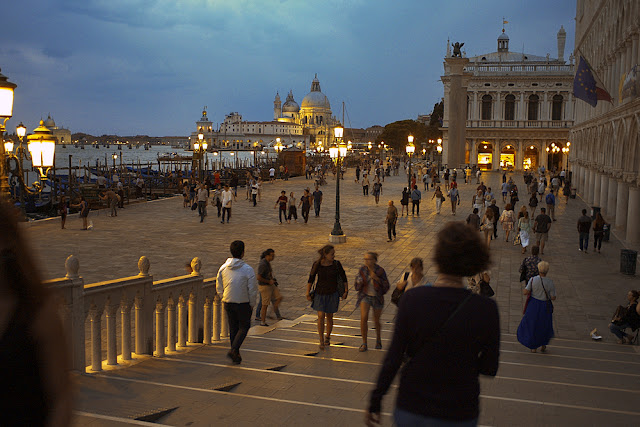 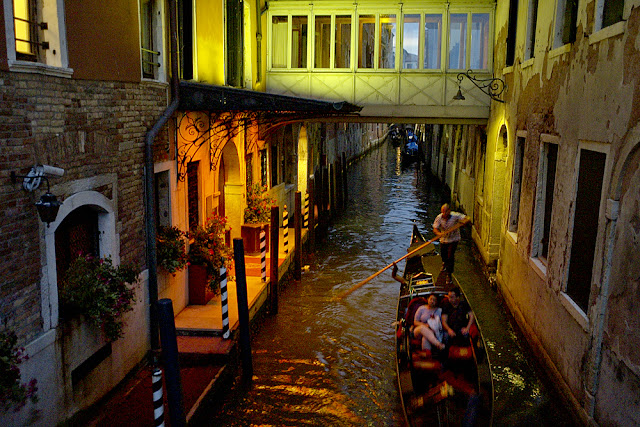 Venice
Leica M8, 28mm f/2.8 Elmarit
ISO 1250, 1/11sec f/2.8
For that reason I still employ the old formula that I learned in the film days, to use, as the slowest shutter speed, a setting which is the equivalent of the focal length of the lens.  With other words, the slowest shutter speed that the average person can safely hand hold with a 50mm lens is 1/50 (1/60) sec.  Subsequently, 1/250 sec would be the slowest with a 250mm lens, 1/30 sec with a 28mm etc.  This approach has served me well over the years.  Obviously there are times when this would lead to underexposure.  In those cases, bracing on a solid object will allow handholding the camera at lower shutter speeds.
Would higher ISO settings be of an advantage?  Of course!  As long as the image quality does not substantially deteriorate, why not?  But I would not make high ISO capabilities a major factor when deciding on a camera.  As long as my camera equipment offers good performance at ISO 1600 or 3200, I feel unrestricted.
Finally, I must comment on another advantage of digital cameras.  With relatively long exposure times, they don’t display reciprocity failure.  This is a definite problem with most films and, unfortunately, it differs from film to film.  As a rule of thumb, we can safely assume that reciprocity failure is of no consequence with exposure times up to one second.  After that the exposure response is not linear anymore and films require an increase in exposure.  Unfortunately, there is little choice than to consult the reciprocity information that should accompany the film.