By Heinz Richter
A while ago I came across an interesting camera which, to me, immediately looked a lot like an early Leica rangefinder camera.  But the headline referred to it as a Combat Graflex.  The olive green color certainly underlines that title.  Reading further, I found out the following details:
The camera outfit consisted of a camera under the Graflex label.  It was a medium format (5.5x7cm) rangefinder camera made to accept 70mm roll film.  The olive color very much indicates a military production and it was indeed made for the US Signal Corps under the designation KE-4 (1).  Lenses made for the camera were a Kodak Ektar 4” (102mm) f/2.8 a 8” (205mm) f/4 Kodak Ektar and a 2 ½ “ (63.8mm) Kodak Ektar.
The camera was built by Graflex Inc. from 1954 to 1957, with the official label of KE-4 (1) Still Picture Camera, a designation similar to the Leica KE-7a, also made for the US military.  The five pound body was made of cast magnesium and featured a rangefinder with a base length of 115mm.  A unique feature was that the viewfinder would zoom to the field of view of the 205mm lens when it was attached.  The wide angle lens, on the other hand, required to be framed with a sports finder which was attached to the top of the camera.  Shutter speeds ranged from T, B, X, 1 sec to 1/500 sec with a focal plane shutter. 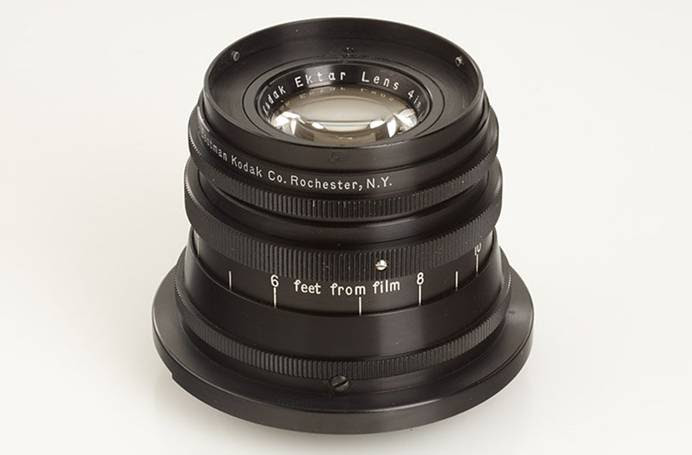 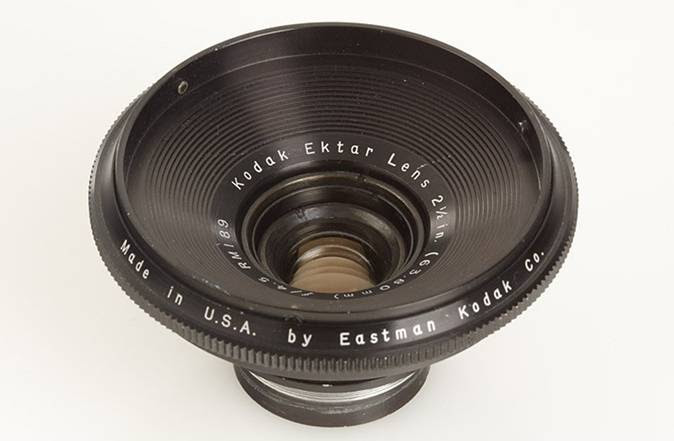 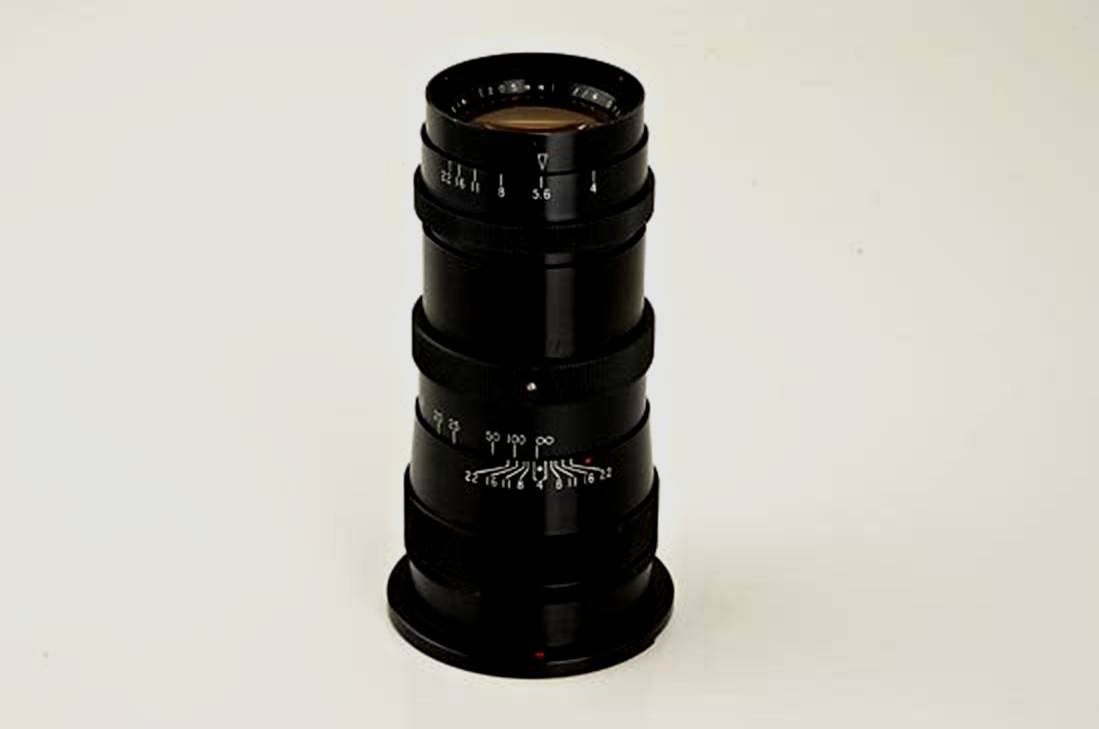 Combat Graflex with attached 102mm lens and 205mm lens
The camera had a spring driven motor drive which was good for about 9 frames before  winding was necessary.  The 70mm film was running from cassette to cassette.  The camera also had a built-in knife cutter to save unused film.  The camera displays a built-in handgrip which looks like the forerunner of the handgrips features on many of today’s cameras.
As I said above, seeing the camera, I immediately thought of a Leica rangefinder camera, although it also displays design elements of the Zeiss Contax rangefinder cameras.  It once again shows the tremendous impact Leica has had on the entire camera world.