Leica has become an important player on the field of digital cameras with products that have to be considered at the forefront of digital photography, along with the names of many of their competitors.  Yet few are aware of the development of digital cameras. It seems as if they suddenly appeared out of nothing, destined to take over the world of photography.
Digital photography is a rather recent development, one that took substantially less time than the development of photography in the 19th century.  The first digital electronic camera was shown in 1975.  It was designed by Steven Sasson, an engineer at Eastman Kodak in Rochester, NY.  It used a CCD (charge coupled device) as a sensor.  The camera was a huge, 8 pound device, devoid of any portability.  But it did render digital images of 0.01 megapixels in black and white, using a cassette tape for storage.  The first images took 23 seconds for each exposure.  To view the images, the data was read off the tape and displayed on a TV monitor. 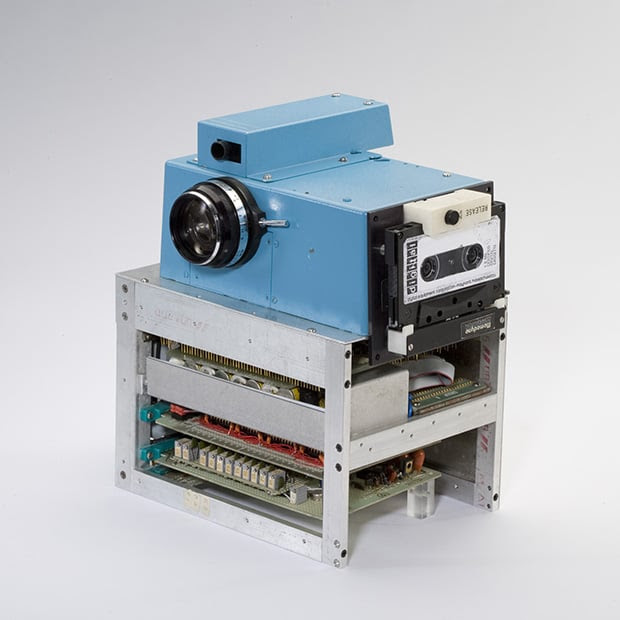 A portable digital camera would not appear until 1981.  This was the first marketed digital camera, the Sony MAVICA.  The name Mavica stood for MAgnetic VIdeo CAmera.  It too used a CCD as a sensor, but it produced an analog video signal in the NTSC format at a resolution of 570 × 490 pixels (0.28 megapixels).  The color images were stored as still pictures on 2” magnetic discs which could be viewed with the help of a special playback unit on a television screen or they could be made into color photographs on a printer which was developed later on.
The magnetic disks were called “Mavipack” with a recording capacity of 50 color pictures.  The discs could be erased, reused, and removed from the camera at any given time, with no threat to their longevity or dependability. 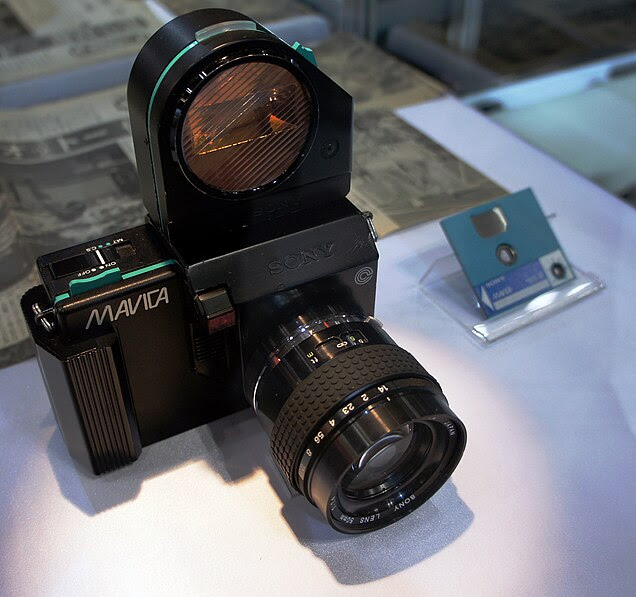 The camera also allowed to be used as a motion picture video camera when coupled to a Betamax videotape recorder.  When the camera became available on the photographic market it sold for $646.00 which was a huge amount of money in 1981.
Of course image quality was very low and the camera was incapable to compete with analog film cameras. Film would still rule supreme for a few more years until the digital photography revolution set in.  I think it is safe to say that most photographers and other members of the photographic industry were surprised how quickly digital photography replaced film.  It was this incredibly fast change that spelled the demise of many well established photographic companies.  Kodak, Agfa and Ilford, just to mention a few, have all but disappeared from the market and are alive today mostly by name only.  Even Leica ran into considerable difficulties until the company was saved by Dr. Andreas Kaufmann.  Leica’s success with their digital (and analog) products has to be considered one of the photographic success stories of recent years and we can look forward to more exciting new items from Leica Camera AG. 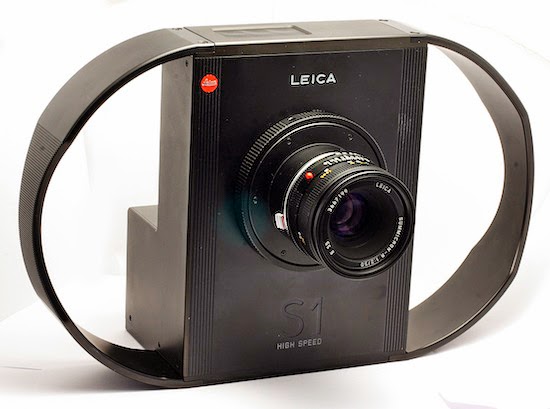 Leica S1, the first digital camera from Leica
THE 26 MEGAPIXEL LEICA S1
Leica has often been criticized for not having paid enough attention to digital photography, that a few years ago they fell hopelessly behind their competition.  Yet in all this criticism one fact is getting lost these days, the fact that already in 1996 Leica introduced a high resolution digital camera, the Leica S1.
We must remember that this was at a time when 2 to 3MP digital cameras that took pictures of questionable quality were the norm, the days when film photography was still way ahead of digital and when the Leica M6 was the best 35mm film camera that money could buy.  In view of this, it is all the more amazing that the Leica S1 offered a resolution of 26 megapixels, something that even by today’s standards is very high.
How could this be possible?  At that time, resolution levels of this magnitude could only be achieved with so called scanning backs.  Instead of taking the entire image instantly, as is the norm today, the Leica S1 (as well as other, similar digital cameras at the time) scanned the image line by line.  Unfortunately this resulted in exposure times of about 185 seconds.  Subsequently the camera was only useful for stationary objects.
The camera was designed to capture square 36 x 36mm images using 35mm lenses. Though designed for use with Leica R-series lenses, Leica also offered lens mounts for Nikon, Contax, Canon FD, and Minolta lenses as well as for medium-format optics from Hasselblad and the Pentax 6x7. There was also a Novoflex adapter that allowed the use of large-format lenses from Rodenstock & Schneider, and a tilt-shift adapter for use with Hasselblad lenses. 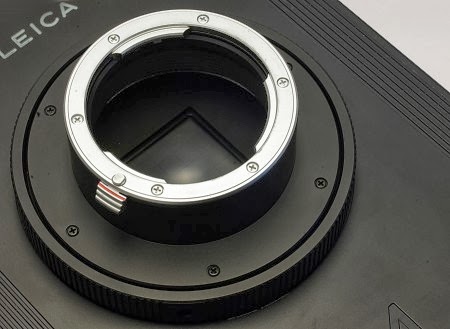 Leica S1 with Leica R mount
The S1 could also be coupled to the rear of a view camera to take advantage of tilt, swing, and shift movements which further increased the overall versatility of the camera.
The ISO setting for the S1 was ISO 50, the D-max about 3.3, and the image files contained a dynamic range of 11 stops of latitude. At 300 dpi you could produce incredibly sharp 17 x 17" prints without having to interpolate the image, which in 1996 was almost unheard of. 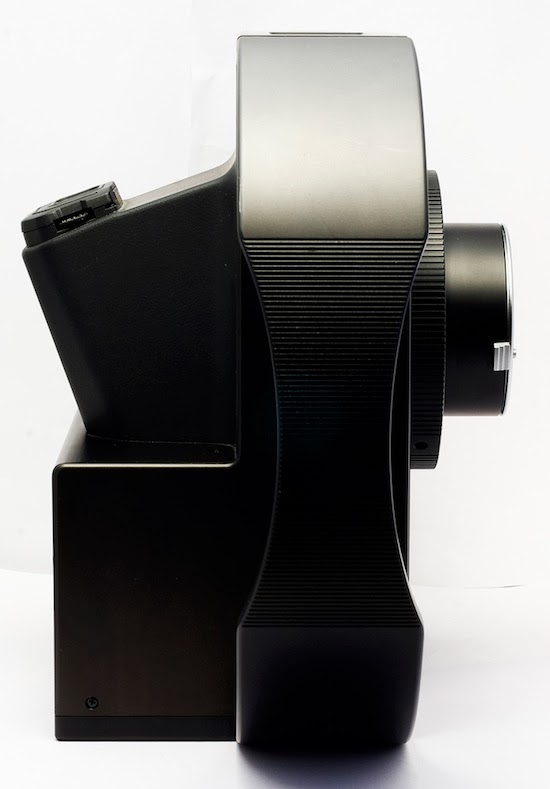 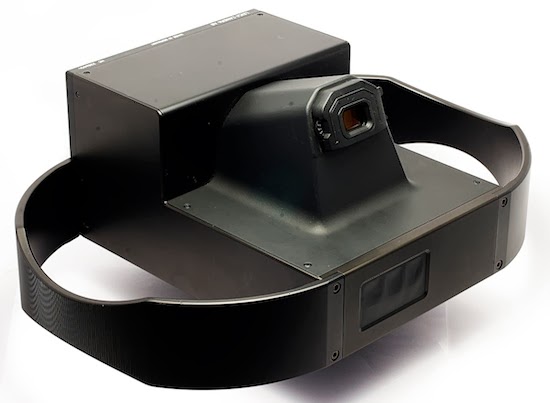 Leica S1 Viewfinder
Included with the Leica S1 was a 55mm IRa filter, LaserSoft High Software, a PCI card (PC or Mac), and a 20' cable. As for system requirements, the S1 ran off of PowerMacs (7.55 or higher), or Pentium PCs (Windows 95 or higher) with a minimum of 256MB of RAM, a hard drive of at least 1GB, and Photoshop 3.05 or higher.
All that could be had for the price of $21,500.  Needless to say, the camera did not set any sales records.  It was mostly sold to museums and research institutions.  But it is interesting to think that this level of performance was not available again from Leica until the introduction of the Leica S2 in 2008.