A LEICA WE WILL NEVER SEE

For those Leica people for whom there is a fascination with things developed but not made by Leitz, we have the following example of Leitz' photographic research and development:

About the only thing we really know about the Leica 110 is that it was never be marketed.  Very little is known about the research that went into the camera.  Even the patent registrations provide little insight.

Back in September of 1975 Leitz filed for a US patent on a 110 format SLR camera.  The design incorporated a zoom lens.

The light would enter at one corner of the camera, but after passing through the front element group, was reflected 90° to the remaining lens elements.  A second prism reflected light to a beam splitter that allowed most of the light to pass on to the film while providing some to the viewfinder.

We were unable to determine if any prototypes were made. 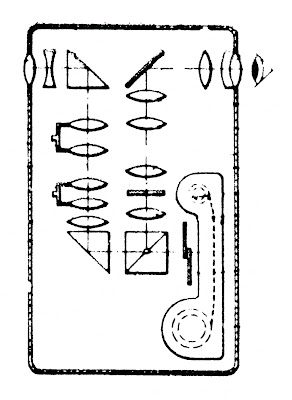 Leica 110 SLR as shown on patent application﻿
Posted by LEICA Barnack Berek Blog at 7:59 AM