There should be no doubt that digital photography has conquered the world.  But that does not mean that traditional, analog photography is dead.  Especially for Leica owners, the use of film is still an important aspect of photography because many of the pre-digital Leica cameras are still in daily use.

Unfortunately, many of the old film manufacturers are no longer with us.  Great names like Kodak and Agfa have long since all but disappeared from the market.  The most common names of film manufacturers today are Ilford and Fuji.  That makes it all the more amazing to see the resurrection of one of the oldest and highest regarded names in black and white photography to reappear.

This is one of the world´s oldest brands for photochemical products.  ADOX was founded as the world’s first photochemical factory in 1860.  The  ADOX Dr.C Schleussner GmbH soon became one of the leading producers in Europe.  Legendary films such as the KB 14 and KB 17, being the world´s first thin layer films, made ADOX famous all over the world.  In the USA KB 14 and KB 17 were called "the German wonder film". 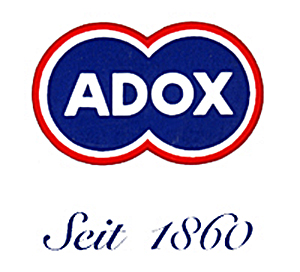 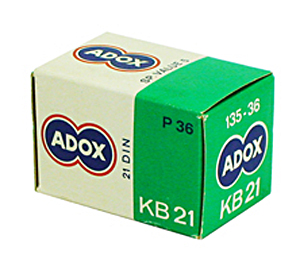 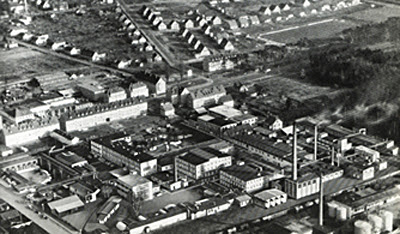 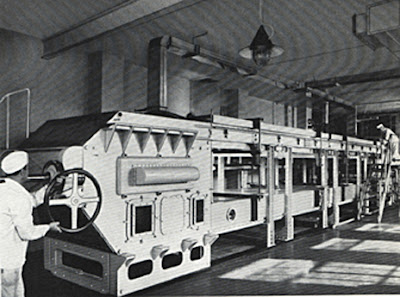 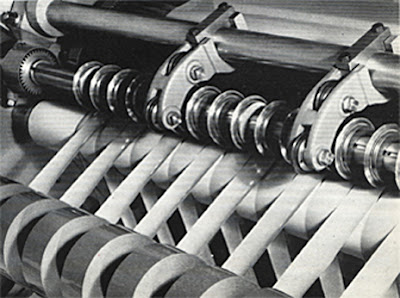 ADOX disappeared from the photographic market many years ago and the name became part of photographic history.  In recent years some of their products reappeared under the name of Efke, made by Fotokemika d.d, a company located in Samobar, Croatia.
Through the efforts of Fotoimpex GmbH, the ADOX name has returned to Germany.  ADOX takes on the challenges of the new market for traditional photographic products by building the "smallest photochemical factory in the world" in Bad Saarow close to Berlin, Germany.  The small factory enables ADOX to manufacture a wide variety of materials in small lot sizes while keeping overhead costs down.

Their main films are the ADOX® CHS 25 • CHS 50 • CHS 100 Films.   These films are old school emulsions which are still produced according to the old ADOX formulations which were introduced in the 1950ies.  For years they have been selling this film under the Efke label, but now it gets back its original name: ADOX. They claim that by using ADOX CHS films your view on the world is the one of the 50ies and 60ies, something that should go along quite well with many of the Leica lenses of that time.  These films have a great tonal range and color separation.  They modulate differently from modern films.  ADOX CHS films have their own feel and look to them.  Especially when pictures are dominated by blue sky the areas in the sky produce a very nice darker grey compared to more modern films giving the images a different depth and look. 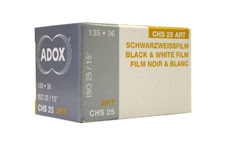 These films were introduced by ADOX in the 1950ies and quickly became the preferred films for reporters.  The films have an ultra high silver content enabling it to produce the richest grey scales and many tonal differences between black and white.

Because of their low diffusion single emulsion layer technology the films are ultra sharp compared to modern multi layer films where the light will be diffused when penetrating through the different emulsion layers.

CHS stands for Cubiccrystal Heterodispers Single- Layer, which means the emulsion is made up of classic cubic silver halide crystals which are mixed in different sizes and coated in one layer.  The 25 speed film is the finest grain film with a classic behavior of low speed films.  This means for example the film is hardly influenced by under exposure or reciprocity effects but can´t cope with over exposure because it can´t shield itself from too much light  Also, its latitude is not as wide as those of faster films.

This makes the ADOX 50 the preferred film.  It has finer grain and better tonalities than modern 100 ASA films, yet almost the same effective speed in certain developers.

The CHS 100 is the highest speed film which can be made based on this old technology. In the 1950ies it was called a „high speed film“.  Being the fastest film it has the widest exposure latitude and contrast range but also develops the largest film grain out of the ADOX family.  So especially with this film you might want to use ADOX ATM49 developer because it will yield a much smaller grain than Rodinal or APH09.

If you use Pyro developers the ADOX CHS 100 can reproduce almost one full additional tonal zone compared to more modern films.  This makes it an excellent sheet film as grain does not matter so much in a large format.

ADOX films are supplied as KB, 120 and sheet films. They even produce strange film sizes like 127 or re-sized 620.  All roll films (120 films) are supplied in dustproof light protecting black plastic containers.

CHS 35mm and 120 Films are being coated on clear PET. Therefore the films are sensitive to light penetrating through the film base, fogging the emulsion. They sell all 35mm and 120 films in black plastic containers.

CHS 25 is the finest grain film from the historical ADOX CHS film range.

Because of the cut off in spectral sensitivity at about 620nm red image tones tend to be converted to a darker grey compared with modern superpanchromatically sensitized films.
This leads to a better separation of lips from white skin in portrait photography and makes the use of a green filter obsolete.  The speed gap between blue and green/red gives you interesting skies with better separated clouds (comparable to a soft yellow filtering of modern films).

If developed in ADONAL/RODINAL or Neofin Blue CHS 25 becomes ultra sharp and brilliant.
Grain is usually not a problem with CHS 25 because of its fine grain low speed emulsion so this group of developers can often be preferred over equalizing developers such as ATOMAl 49 / D76 etc.

Low speed films need to be exposed for the highlights and developed for the shadows (which is the opposite as for high speed films).

An entirely new product is the ADOX CMS 20, the sharpest, most fine grained and highest resolving image recording system in the world.  These films require to be developed in ADOTECH developer, they cannot be developed in regular developers. 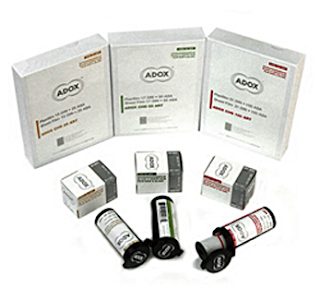 If used in pictorial photography the film achieves 20 ASA of usable speed in ADOTECH developer.  If used for high contrast purposes the usable speed increases to 80 ASA. If developed in non dedicated low contrast developers (HC 110, Cafenol etc) it can be exposed at 3-6 ASA.

However, ADOX does not recommend using a different developer and they cannot guarantee the results.

The film developer combination CMS 20 plus ADOTECH has been brought to perfection in years of research.  The film achieves grain free enlargements of up to 2,5 meters diagonally.  This equals mathematical about 500 Megapixel. 12 Megapixel  equal 2,4% of 500 Megapixel. 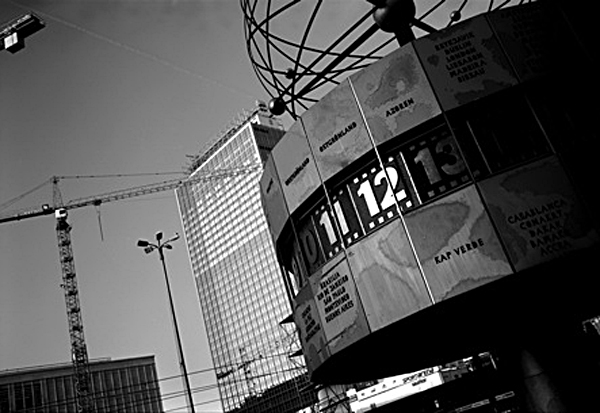 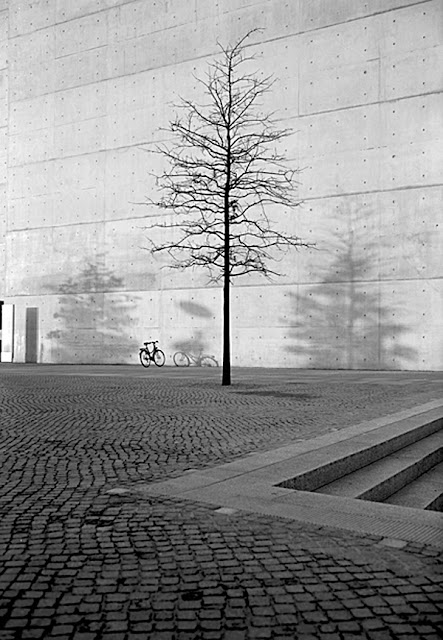 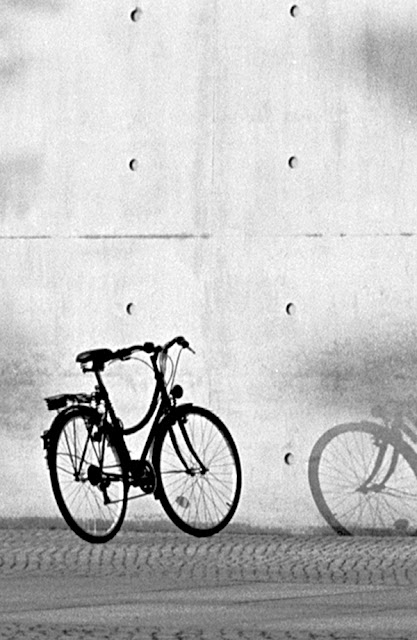 Any normal day 2 hours after sunrise and up to two hours before sunset will give you something like a 125th or a 250th of a second at F 3,5.  Therefore the film can be used under almost any condition where it makes sense to use it because there is actually something to see.
More speed would force you to stop down too much on a sunny day, letting slip what your lens can actually achieve.

ADOX films and papers are distributed over a selected network of fine art photo dealers.


For information on all ADOX products, go to:  http://www.adox.de/