Work on the new Leica Camera headquarters at Leitz Park in Wetzlar is progressing on schedule for the opening in November of 2013.  Here are the latest pictures of the construction site, taken on August 8, 2012 by ‘HoSeidel’, who graciously allowed his pictures to be published here. 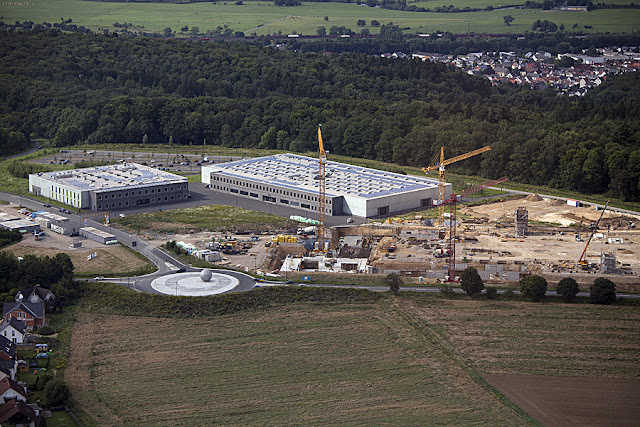 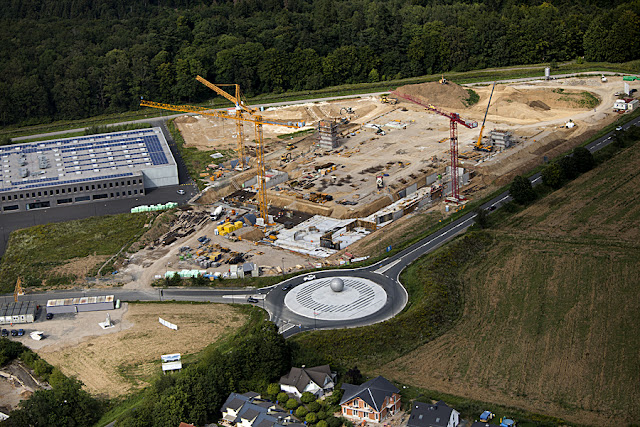 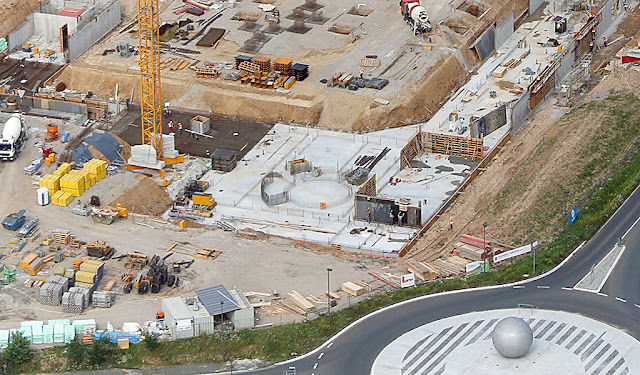 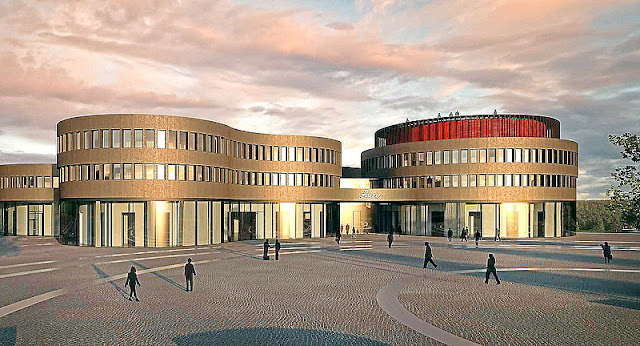 The pictures show the construction site for the new Leica Camera headquarters.  The building immediately to the left is Weller Feinwerktechnik and the company of Viaoptic GmbH to the left of it.

The location of these two companies so close to the Leica Camera headquarters is no accident.  They are both closely connected to Leica Camera.  Their Chairman of the Supervisory, Board Dr. Kaufmann, bought both companies through his capital management company ACM.

With their own galvanic surface technology and assembly operation, they are able to offer their clients from the strategic fields of precision optics, medical equipment and transportation sophisticated solutions from a ‘one-stop shop’.

In 1994, Uwe Weller took over Leica Camera AG’s machining division, thus laying the foundations for the company in its present form.

In 1997, the business then merged with his father’s company, Günther Weller Feinwerktechnik, which specialized in precision turned parts for the automotive supplier industry. The merged operation subsequently moved into the production facility on Wilhelm-Loh-Straße.

In 2005, the mechatronics division of Leica Microsystems in Weilburg was integrated into the business, followed in 2006 by the machining division of the Zeiss-Hensoldt Group in Wetzlar. Both operations were at that time manufacturing their products in leased premises in Wetzlar.

In early 2009, by relocating to the new facility at Am Leitz Park, the company was able to combine every manufacturing division and technology ‘under one roof’.

In May 2009, the new surface technology division began operations at the site on Wilhelm-Loh-Straße.

They are optimally equipped to react to customer requirements in development, tool design, injection molding, surface coating and assembly.

Viaoptic has over 30 years of experience and history.  Viaoptic in its current form has been situated in Wetzlar since 2002.  They moved to their brand new building «Am Leitz-Park» in the beginning of 2009, which offers greater opportunities for growth in the future.

Viaoptic is an independent medium-sized company, supported by a broad-ranging network of partners.

Both companies are not just financially connected to Leica.  They do a large amount of work for Leica camera.  Especially Weller Feinwerktechnik does almost all mechanical preproduction work for Leica Camera as well as Leica Microsystems.

For more information on Leitz Park please go to:

VIDEO OF THE NEW LEICA HEADQUARTERS IN WETZLAR
http://gmpphoto.blogspot.com/2012/04/video-of-new-leica-headquarters-in.html