THE “LEICA” BEFORE THE FIRST LEICA


Much has been written about how the Leica came into existence with the first prototype, the Ur-Leica from 1913. However, the beginnings of 35mm photography as we know it today began at the Leitz company a few years before that.

The year was 1908 when Emil Mechau, a master mechanic, began work at Leitz. He had been working on a special motion picture projector design that eliminated the flicker of the common projectors at that time. His design replaced the typical frame by frame film transport by a claw with a prism which allowed a continuous, smooth running speed of the film. However, Zeiss in Jena, Mechau’s employer, showed no interest in his design and Emil Mechau contacted Leitz in Wetzlar. Leitz apparently was more farsighted and Mechau decided to move to Wetzlar.

In 1910 it became apparent that Leitz was in need of a master machinist in the microscope research department. Emil Mechau thought immediately of his friend Oskar Barnack at Zeiss and suggested him to the Leitz management. Leitz contacted Barnack on short order, but he was hesitant. Though he seemed dissatisfied with his work in Jena, he answered, “Surely it is not desirable for a company to hire a young employee who still has to familiarize himself with the new tasks and whose health compels him to take a leave of absence of one or two months every year, not to mention the fact that the costs of such cures would be too high for me as a private person.” The answer impressed Ernst Leitz and he decided to hire him in spite of his disclaimers. His assurances prevailed and on January 1, 1911, Barnack arrived in Wetzlar. 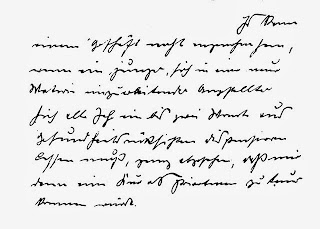 As a master machinist one of Barnack’s first tasks was to design diamond lathes for the lens polishing department. Soon he started work on an all aluminum movie camera, a radical departure from the heavy wooden models of the time. This venture resulted from the company’s need for films to test Emil Mechau’s projector and Leitz did not see fit to buy a camera from another company.

Barnack himself made a number of movies with his new device and samples of his work still exist. Members of the LHSA (Leica Historical Society of America) had the pleasure to view several of these movies during their annual meeting in Minneapolis in 1980. 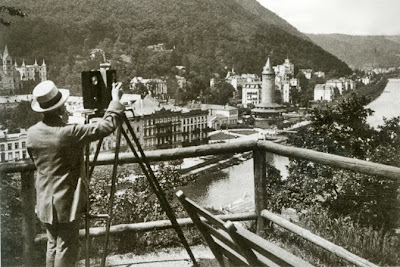 One of the problems of shooting movie film at the time was determining proper exposure. Photoelectric meters were not yet available and the camera operator always ran the risk of losing the whole 200 foot roll to improper lens settings. Barnack decided to build a small exposure testing device that would use short sections of movie stock.

Barnack’s “lightmeter” was equipped with a Zeiss Kino Tessar lens and had a fixed exposure time of 1/40 second, the common motion picture shutter speed. The quality of the results surprised him; in the motion picture film he had finally found a fine enough grain structure to yield good enlargements and he recalled his old idea of making a small negative camera. He decided to give the problem a good try and, in 1913, he finished his first real still camera. This camera, commonly referred to as the Ur-Leica, was the beginning of 35mm photography as we know it today, yet it might never have come into existence without the Barnack motion picture camera. Thus this camera deserves recognition as having been the impetus for Barnack to become the father of modern 35mm photography and the Leica.

The camera became part of the collection of cameras at Leitz. Unfortunately it was heavily damaged in a fire and it was left in its poor condition for many years.

It wasn’t until the mid 70s that anything was to be done about its poor condition.

I recently was contacted by a reader of this blog, Wilf James. He wrote:

“Thanks for your reply to my question about Barnack's movie camera that I posted today.

For many years (beginning in 1974) I worked for Derek Grossmark of Hove Camera Company who also published many of the early books on the history of the Leica camera. Grossmark started Hove Foto Books by publishing reprints of user manuals of early Leica cameras. The first major book was 'Leica The First Fifty Years by Gianni Rogliatti' as I am sure you are aware. My wife at the time was also involved in helping with the manuscript which had been translated from Italian, she has a credit in the first edition to that effect (Eileen James). It was the first time that someone had tried to publish a history of the the Leica camera. Many other books followed! 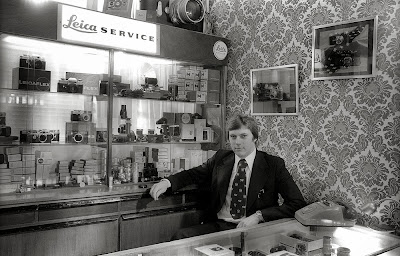 Wilf James at Hove Camera in the mid 70s

At that time the foremost expert on the repair and restoration of Leica cameras was Malcolm Taylor. He and I worked together for a number of years before he left Hove Camera Company to set up his own business. Sometime between 1976 / 78 after he had visited Wetzlar a number of times he was asked to do the restoration work on Barnack's movie camera. This was completely separate from his employment with Derek Grossmark. He did the work in the evenings and quite often I was in the darkroom next to his workshop as he did the restoration work. After the work was completed Malcolm and I took the cine camera down to the beach area of the town of Brighton in southern England, which was only a short walk from the camera store, and I shot a number of frames trying to recreate a similar image to the one with Oscar Barnack operating his cine camera. I'm not sure I quite managed recreate the image but somewhere in my negative archives are those shots created 35 years ago.”

The pictures shown here have never been published before 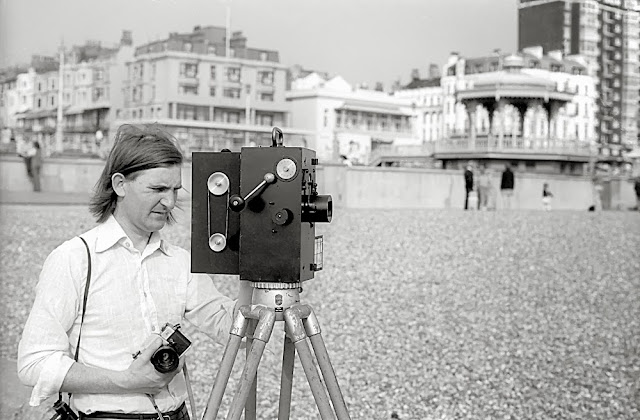 Malcolm Taylor with the Barnack cine camera at Brighton Beach

Wilf James later purchased Hove Camera from Derek Grossmark and was the owner of the company until he sold it several years ago. Wilf currently lives in France, running World Photo Adventure http://www.worldphotoadventure.com/

Wilf was very helpful in contacting Malcolm Taylor and getting his permission for me to call him to get more information about the Barnack cine camera.

As Wilf mentioned in one of his emails, Malcolm Taylor had visited the Leitz company sometimes in the latter part of the 1970s. It was at that time that Ernst Leitz III asked him to try to restore the Barnack cine camera. This turned out to be substantially more complicated than he ever imagined. 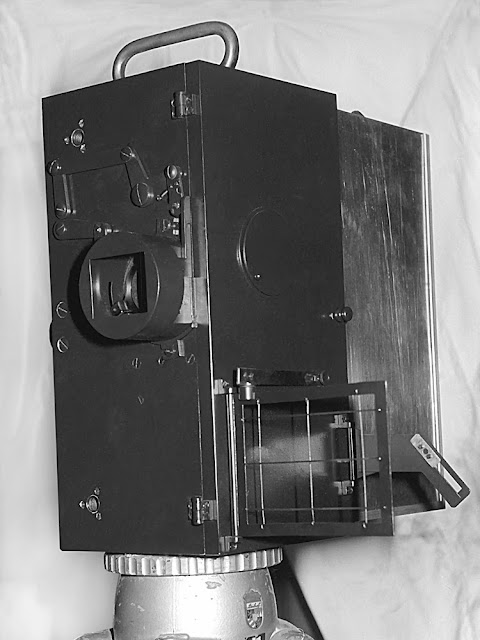 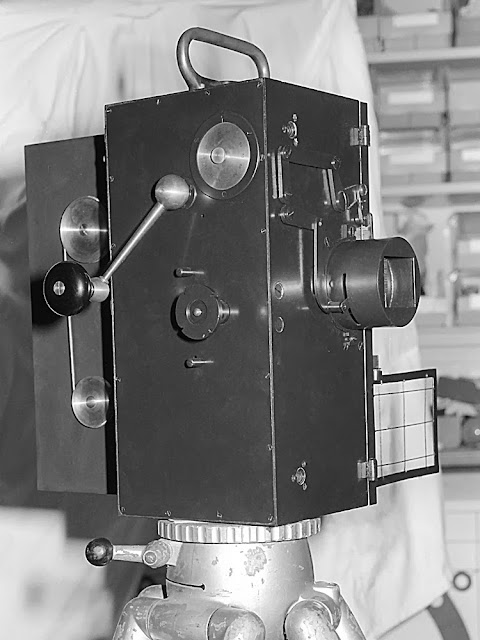 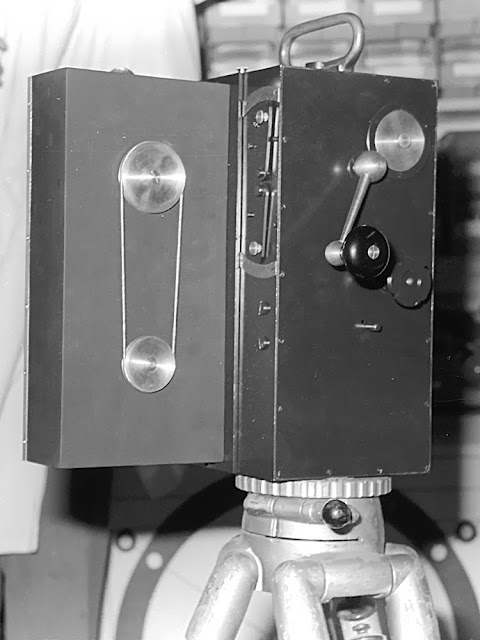 There are no technical drawings or other information about this camera at all. All Taylor had to work with was the camera, nothing else. He explained that he carefully began to disassemble the camera, keeping exact records of the various parts and their location within the camera. As he explained, he tried to get “into Barnack’s head,” trying to think as he did to get a better understanding of how the camera worked. 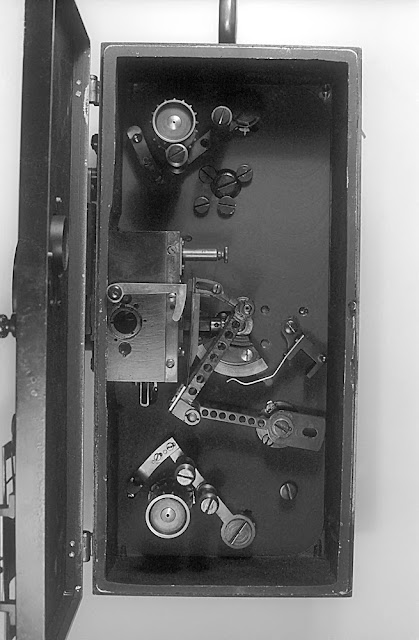 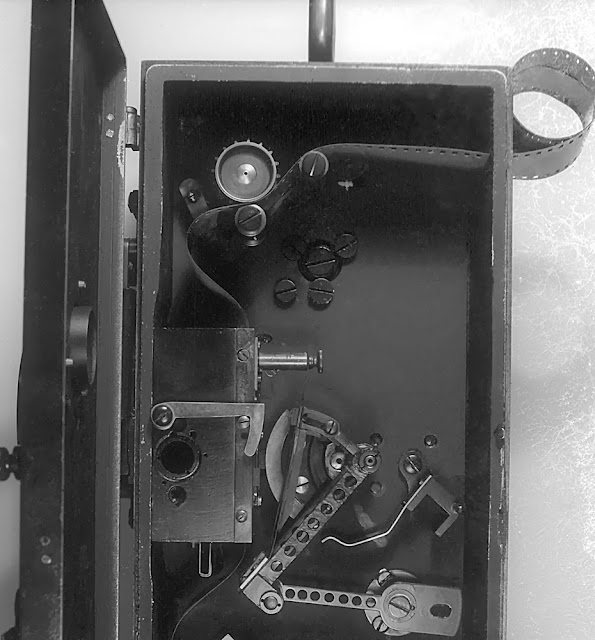 The inner mechanism of the camera

Besides trying to figure out the operation of the camera, it was extremely difficult to work on the camera. Because of the fire, parts were so badly damaged that removing them easily caused additional damage. For instance, in some cases removing screws resulted often in the screws disintegrating, or the screw holes losing all of their threads.

Malcolm Taylor was very careful to keep the camera in as much of its original design as possible. This resulted in a lot of very detailed work. In cases where it was possible, he restored the deteriorated threads or, when impossible, enlarged and rethreaded many of the screw holes. This required also larger screws to be installed. In these cases he manufactured the larger screws, but was careful to keep the heads of the screws in their original size to assure that the outward appearance of the camera did not change.

He also found that Barnack had used paper shims in several places to keep the necessary tolerances.  To keep the camera as close to its original condition as possible, he replaced these deteriorated shims with new ones, of a similar paper stock.

The original film magazine of the camera was totally destroyed. Taylor had to make an entirely new one. Here he used some old pictures of the camera to manufacture a new magazine as close to the original as possible. 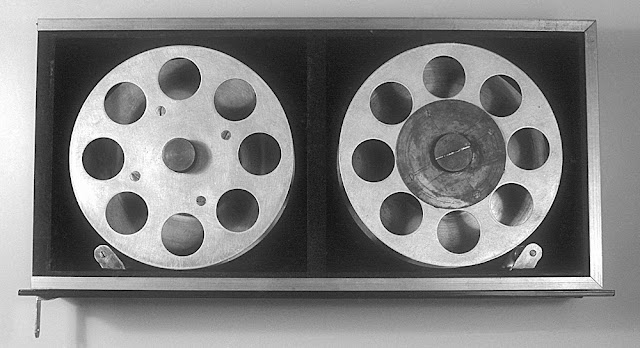 Since Malcolm Taylor was only able to work on the camera outside his duties at Hove camera, it took a long time to finish the work. He doesn’t remember exactly how long, but the result is that Barnack’s cine camera is in good working condition once again.

To this day he is in awe of the design of the camera, and he feels very fortunate to essentially have become an extension of Barnack’s genius. As a matter of fact, this extended beyond the cine camera when Ernst Leitz III asked him to work on the Ur-Leica as well. For instance, he explained that the winding knob of the camera is not original. Taylor replaced it with a new one he manufactured. But that is a story for another time…

These days Malcolm Taylor is enjoying his retirement in the England countryside. 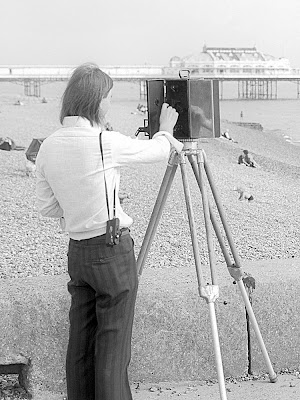 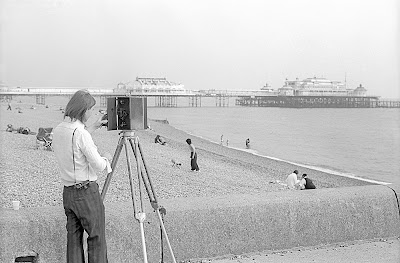 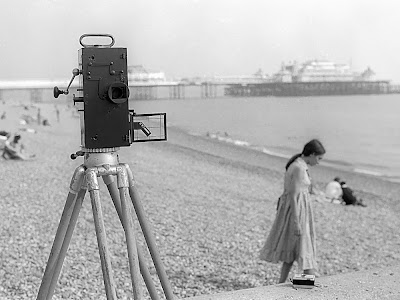 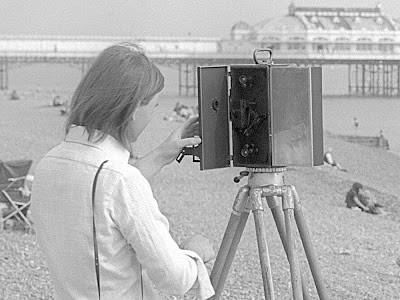 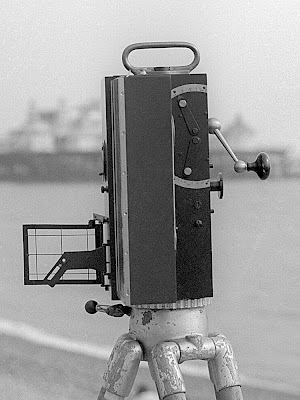 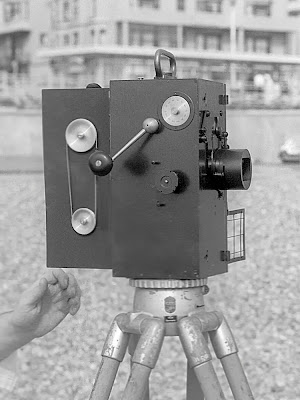 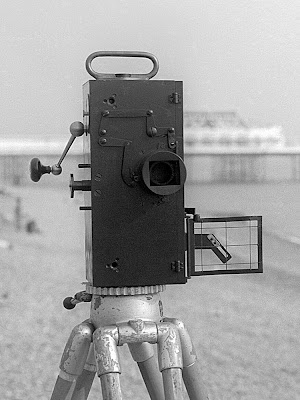 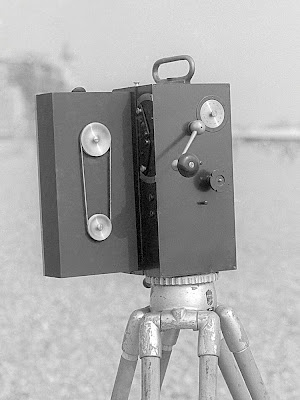 Special thanks to Wilf James for making the previously never published pictures of Barnack's camera available.