IN PRAISE OF PHOTOSHOP

A while ago I got into a discussion with a colleague about digital photography and Photoshop.  He still prefers to use film and argued that all pictures should be shown “the way the camera saw them, the way they come out of the camera” and he went on to say that Photoshop should not be used.

I definitely disagree with that and answered: “Why?  Digital photography and Photoshop have considerably lowered my overhead (no film to buy, no processing costs) and I have full control over the final looks of my images instead of having to rely on some lab’s idea about what my images should look like.  Film is a thing of the past.  Just because Photoshop is available doesn't mean that the photographer doesn’t need the same skills as in the film days.  Composition, lighting etc. are still as important as ever.  Shooting digital is essentially nothing more than using a different means to record the image.  The addition of Photoshop has enabled us to control the final outcome of our photographs to a greater degree than ever before which, when used correctly, will ultimately deliver the best quality images possible.”

He answered: “However, when you change that image to some other image, then it is a second image.  I know what you are saying but I also know that you change some of your images to make them into something else.....and so do others.  I just happen to think that the original image is what the end result should be.”

I answered: “I understand what you are saying.  However, just because Photoshop has the ability to substantially alter an original image doesn’t mean that its use will always lead to that.  Photoshop offers the ability to ‘tweak’ our photographs to ultimately end up with better results.  We have the ability to alter contrast and color saturation, both of which are much easier to do with Photoshop than during the film days.  In the past photographers routinely retouched their photographs to reduce blemishes, for instance.  Photographers used changes in exposure and development to reduce or increase contrast.  Are these accepted methods really any different than using Photoshop to obtain the same results?  Isn’t either approach effectively altering the image from what the camera saw?  Then, of course, there is the question of what the ultimate purpose of taking a photograph is.  Isn’t the final image, as envisioned by the photographer, what counts?  In the past we used methods like solarization, for instance.  That certainly is a considerable departure from what the initial photograph looked like, the same goes for posterization or bas relief images, all of which were routinely used to create photographic art beyond the original image as it came out of the camera.  If those methods were okay in the past, then why isn’t the use of Photoshop acceptable as a means to create pieces of art derived from otherwise ordinary photographs.  Even simple cropping is altering an image beyond what originally came out of the camera.  Since none of us is perfect, we naturally get often useless photographs because of a variety of reasons.  In many cases Photoshop has enabled me to save such photographs with the help of Photoshop.  I see that as a benefit.

To which extend Photoshop or similar programs are going to be used ultimately is a personal preference and opinion.  However, it is a tool that should not be rejected off hand.  If we are honest about our own work, most of us probably reject or throw away more of our photographs than we save and with digital photography that ratio has most likely increased.  But with Photoshop we also have the possibility to save an otherwise useless picture and make it into something worth keeping. 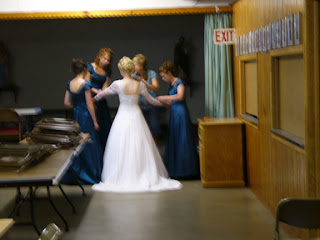 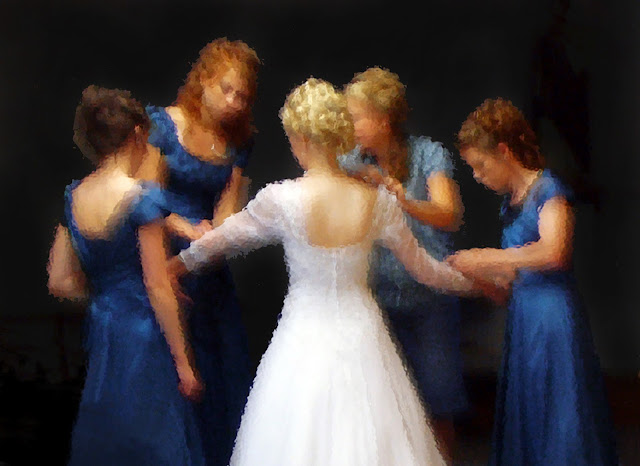 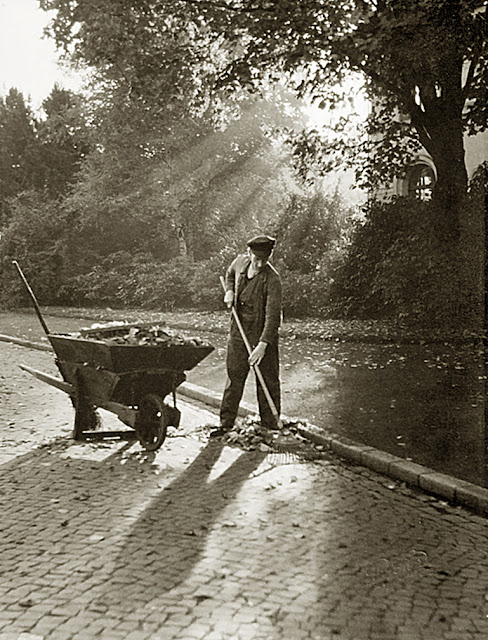 The above photograph was taken by my father with a Leica III in Hamburg in 1949.  He enhanced the sunrays in the background by carefully applying graphite dust to the rays on the negative to lighten them and thus make them stand out more.

Two photographs, both manipulated to allow for a better end-result.  Both photographs that would have less impact, which would be visually less pleasing, had they not been enhanced.  There should be no question that Photoshop or conventional retouching are means that enable us to make our photographs better than what our cameras are capable of doing by themselves.  I consider that something very worthwhile.

Posted by LEICA Barnack Berek Blog at 9:19 AM