In a television advertisement a while ago the statement was made that, if it is on the internet, it must be true.  I was reminded of that a couple of days ago when I read an article comparing film to sensor resolution.  The writer boldly stated that most films have a resolution of at least 300 l/mm (lines per millimeter).  Of course that was overstating things by a huge margin.  I don’t mean to say that there aren't films that can attain such high resolution figures, but all films?

Resolution is generally tested by taking photographs of test targets which show a pattern of black lines in an ever decreasing size against a white background.  Eventually the lines will become so small that the film, or the lens, can no longer distinguish the black lines from the white spaces in between.  One black line and the adjacent white space are referred to as 2 l/mm or 1 lp/mm (line pair per millimeter). 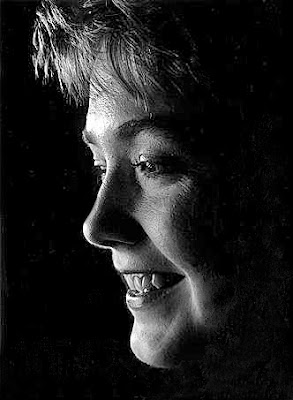 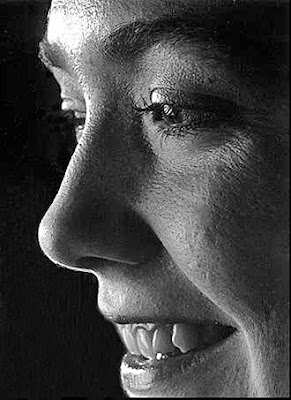 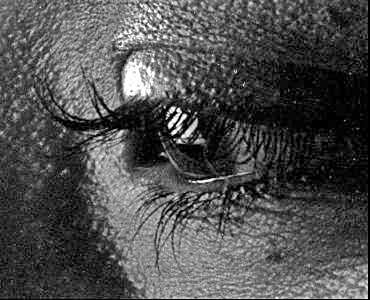 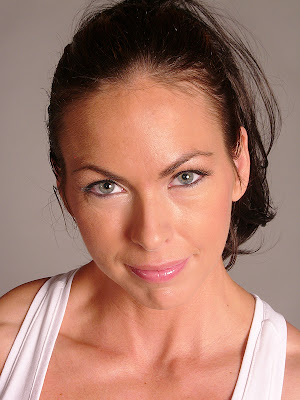 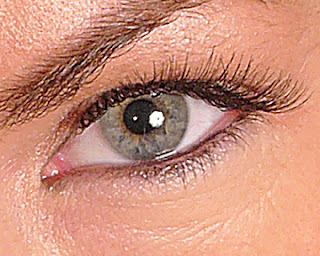 Researching this topic, I came across a report written by Joseph A. Schantz, Assistant Head of Research and Development Department at the Navel Photographic Center in Washington, DC.  He wrote that since 1963 the Navel Photographic Center and the Navel Air Systems Command as a matter of continuous policy have expanded efforts to upgrade 35mmphotography on a systematic basis.  The aim of this work was not only to improve the quality of documentary and reportage photography but also to improve intelligence collection capabilities of the Navy’s cameras.

In addition, C. B. Neblette in his book “Photographic Lenses” clearly states: The resolving power of a lens-film combination is not fixed by the film alone, but by both the lens and the film (or sensor). Resolution is determined principally by the sharpness of the image (lens resolution).  But it is profoundly influenced by the tone producing properties of the receptor (film or sensor) and its ability to reproduce steep gradients.  For that reason resolution cannot be regarded as an exclusive property of the lens.

For the average films available today, a more modest resolution of 100 to 200 l/mm is a realistic figure, based on film speed and general properties of the film.  Black and white films generally have a higher resolution than color films.  The former Agfapan APX 25, for instance, had a resolution close to 300 l/mm while Fuji Velvia 50 is rated to resolve 160 l/mm.

Of course a 35mm negative or transparency is of little use just by itself.  Today transparencies generally are scanned and then further processed digitally.  Does anyone still use a slide projector?  Many film users still make their own enlargements, mostly from black and white negatives, or the negatives are scanned for further processing.  Regardless how films are used, any further processing will have an image degrading effect, based on the slide projector, enlarger or scanner used and by their respective quality.

For more details on this topic go to LEICA Barnack Berek Blog article “LEICA LENSES – WHAT GIVES THEM THEIR OUTSTANDING QUALITY.”

How does this compare to digital sensors?  Top level full frame (24 x 35mm) cameras currently have resolution levels of approximately 25 to 35 megapixels, with higher pixel counts to be expected in the near future.  The general belief is that the higher the pixel count, the better the image quality.  However, there is a lot more to that than meets the eye.  The new CMOS sensor in the Leica M (Typ 240) has definite advantages over conventional CMOS sensors.  For a more detailed description of digital sensors and some of the major differences, got to LEICA Barnack and Berek Blog article “THE PIXEL RACE - DOES IT REALLY MAKE SENSE?” 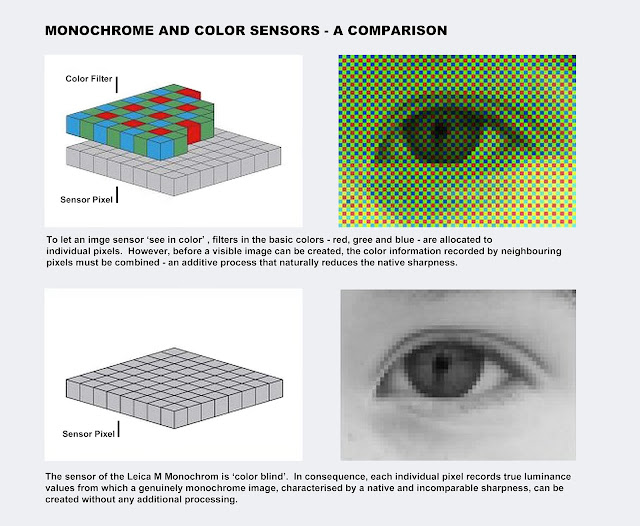 In the final analysis, just as there are definite performance differences among films, there are also considerable differences among sensors.  CCD sensors used to be the choice of most camera manufacturers.  These have been widely replaced by CMOS sensors.  In this respect, Leica is no different.  Many people are under the mistaken impression that the CCD sensor in the Leica M9 delivers superior results than the current CMOS sensor in the Leica M (Typ 240)  A recent comparison test by David Farkas of the Leica Store Miami thoroughly debunked that.  He took this very subject to task in a three part series in the Red Dot Forum (www.reddotforum.com).  See LEICA Barnack Berek Blog article “LEICA M (TYP 240) VS LEICA M9”.

As for myself, I used to spend many hours in my lab developing films and printing with a Leitz Focomat V35 as well as medium and large format enlargers.  Having switched to digital, I don’t miss analog photography at all, and I can say with certainty that I am not compromising the overall quality of my work by having done so.