Unlike in the US, many larger German companies conduct their own training and education programs.  These usually are a combination of practical education in form of an apprenticeship, where applicable, combined with educational programs at schools of higher learning, including university studies.  Leica is no exception.  They have carried on this tradition since the beginnings of the company.

Ernst Leitz III was no exception.  Even though it was planned for him to eventually take over the leadership of the company from his father, Ernst Leitz II insisted the he would undergo training as an apprentice within the company besides his University studies. 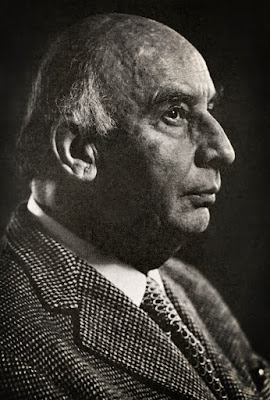 Part of this included training as a Feinmechaniker (precision mechanic).  Such training included even basics like learning how to correctly use a metal file, for instance.  With other words, his education and training was from the ground up.

Toward the end of this training program he was even assigned the task of some design work.  While little is known what all this entailed, we do, however, have one example that was used for years on the Leica screw mount cameras.

After his father had decided to manufacture “Barnacks Kamera” (Barnack’s Camera) after the initial preproduction models, some final design work was necessary before the first official Leica, the Leica I or Model A could be marketed. 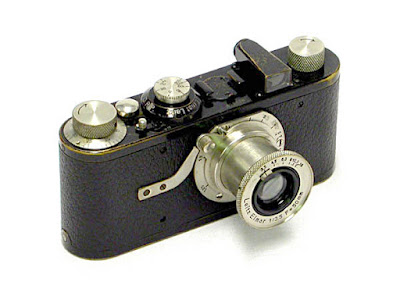 Ernst Leitz III was given the task of designing the small rewind lever that allowed the camera to be switched from the position of film advance to rewind.  Apparently his work was successful.  We have to assume that the final decision was made by Oskar Barnack, and for years his lever design was with us on the Leica screw mount cameras. 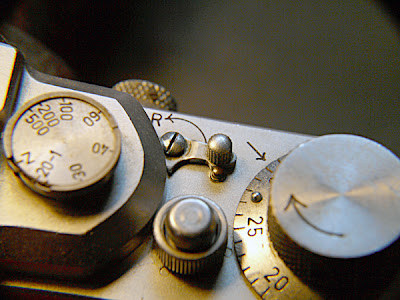 Lever in the 'advance' position 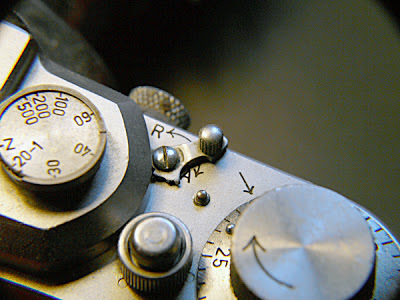 Lever moved half way to show the intricate shape