THE FIRST REPORT ABOUT MY VISIT TO WETZLAR ON SPETMBER 18

I had hoped to be able to visit Leica for their grand opening of the new facility at Leitz Park in Wetzlar.  That unfortunately turned out to be impossible.  In retrospect, that was possibly a good thing.  After I had decided to go to Germany this year, there was no question that this would include Leica in Wetzlar.

I arranged for a private tour of the facility.  Had I done so last year, this would most likely have been under considerable time constraints because of the large number of people that were present at that time.

I was told that my tour last month would take about two hours.  As it turned out, our guide, Herr Roland Elbert, was very thorough, resulting in a tour that lasted over four hours.  I have toured Leica in the past, including the old Wetzlar facility before Leica’s move to Solms.  Of course I visited Solms on several occasions and also was very fortunate to be able to tour the ELCAN facility in Midland, Ontario as well.  Tours of ELCAN were hardly ever granted because of the many classified military items that were, and still are, produced there.  These tours are part of the reason that I am quite familiar with the production of Leica Cameras and lenses. 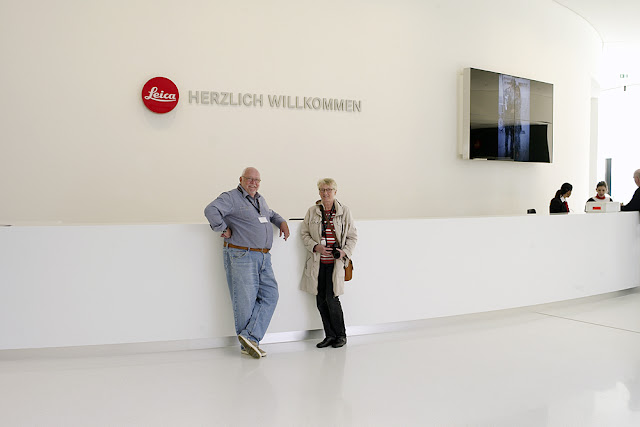 With my sister Marlies Amling in the Lobby at Leica
Photo: Roland Elbert 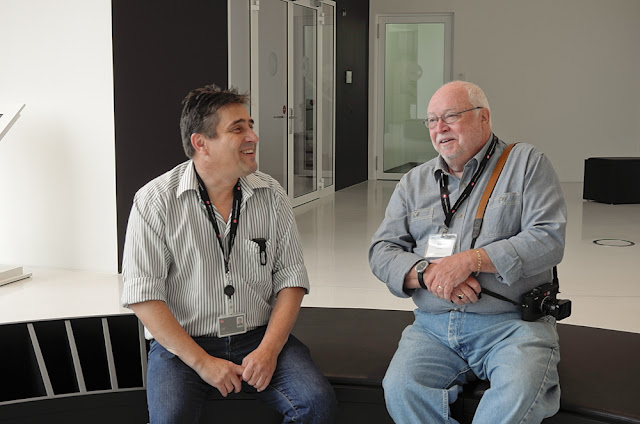 But these visits also made me aware that Leica is constantly looking for improvements and new and better ways to make their cameras and lenses.  A lot of the machinery and production methods that I saw just five years ago in Solms bear little resemblance to what is being done in Wetzlar today.

Shortly before my departure, it was announced that Leica would introduce some new items at the “Das Wesentliche” event on the 20th of this month.  Of course the rumor mills have been working overtime, but as I said in the past, I see little value in discussing these rumors.  Ultimately we have no choice but wait until later this month.

Of course I am not ignorant regarding what has been written about a new Leica camera, including patent applications and a technical drawing about a new camera with an electronic rangefinder, coupled to an otherwise optical viewfinder.  And then there is the rumor of a new line of autofocus lenses.  The new camera supposedly will have a “SL” designation.  This is actually a good example of how ridiculous these rumor discussions quickly can become.  Because of the SL designation in the patent application, some individuals were quite sure that this camera would be styled after the former Leicaflex, including a fake prism housing.  Of course this is utter nonsense.

Needless to say, I tried to find out whatever I could about these new products.  I wasn’t surprised that these questions were simply met with a polite smile.  However, I was also assured that among the new items to be introduced would be “something white.”  That was further emphasized by the fact that I did see someone working on a totally white top plate of an M type camera.  I don’t think I am going too far in assuming that this might be a limited production model.  But that was all.  As a matter of fact, when we got to the area of camera production, we were greeted by a large poster which covered the entire window wall which otherwise would have allowed to view the cameras to be worked on. 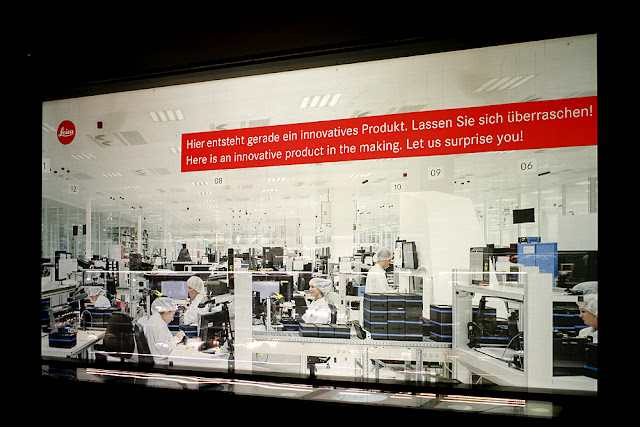 Disappointing as that was, my visit proved to be immensely interesting and I did receive a wealth of new and fascinating information, especially as far as the lens production is concerned.  I have begun to write an article especially about that and will publish it here within the next few days. 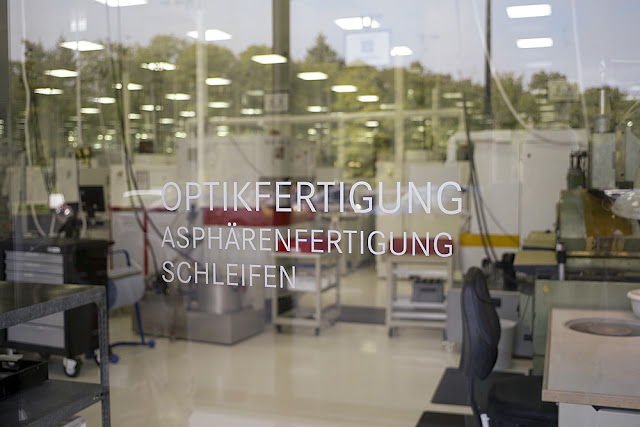