Leitz Photographica Auction, which was known as WestLicht Photographica Auction in Vienna, will hold their 34th Camera Auction on June 8, 2019 at the Leitz Park in Wetzlar.
A very special selection of rarities and collectibles will be presented.
A full catalog will be available at a later date.

Here are a few of the rather rare items that will be available:

A MILESTONE IN THE HISTORY OF CAMERAS 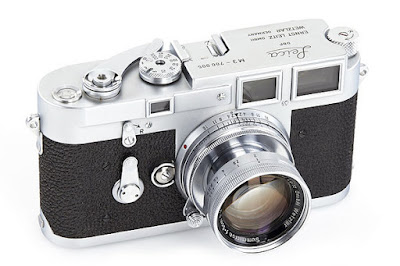 This is the fifth copy of a Leica M camera and also one of the earliest known of this type worldwide.

The Leica M3 No. 700005 has never been restored and presents itself in its original state. No changes have been made, all features of a very early Leica M3 have been left untouched, all functions run perfectly.  It is considered one of the best preserved of its kind. 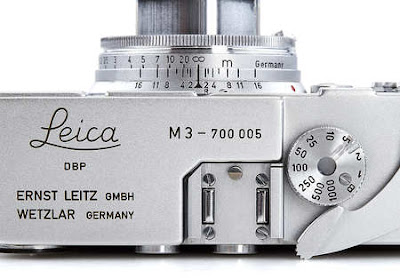 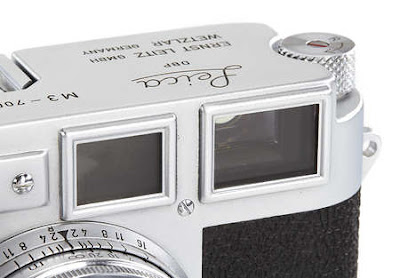 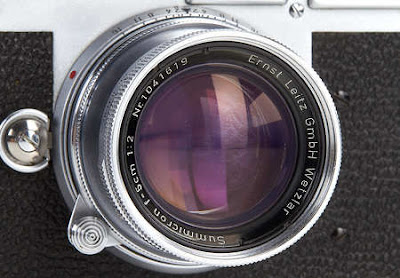 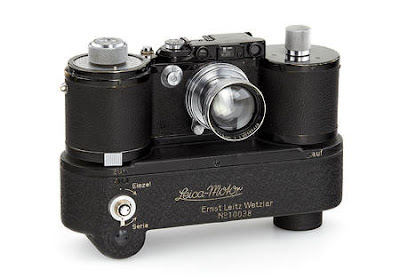 The vast majority of Leica 250 GG were delivered in the course of World War II. These went almost exclusively to departments of the Wehrmacht and Luftwaffe. 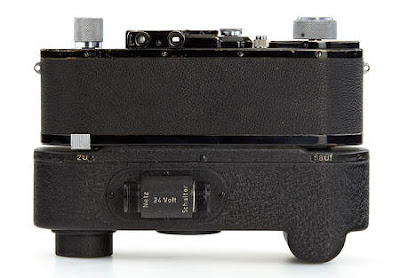 Only 92 Leica 250GG were equipped with an electric motor drive called MOOEV. These were used for educational purposes; Mostly built into the dive bombers Ju 87 and Ju 88. Most cameras were lost in the fighting and only about 15 copies still exist worldwide.

The Leica 250GG presented here was delivered to Berlin on November 13, 1942; It is in excellent condition and shows only some brass on some edges. 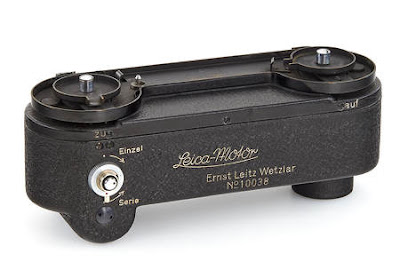 The original design drawing of the Leica 250 Motordrive MOOEV from  March 31, 1941 is offered as an additional lot. 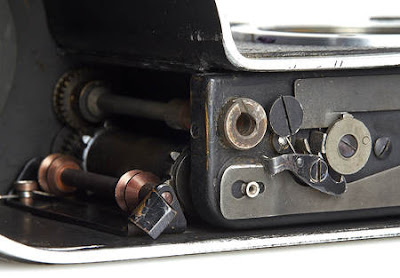 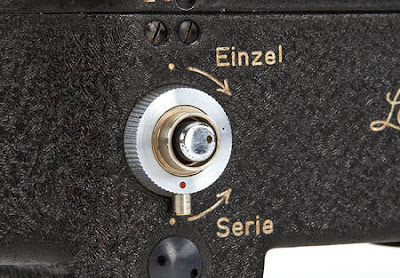 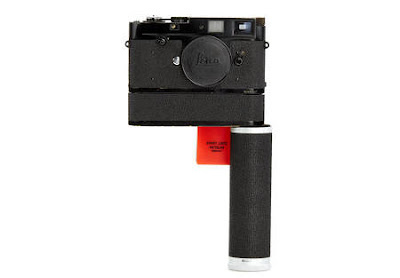 The MP2 is a modified version of the Leica M2 and largely reserved for professional use.
It has a detachable motor drive and was built as part of a very small test series of only 27 copies.

Of these, however, only 6 copies, with the serial numbers of 935507-935512, in black lacquer, exist. This makes a black paint Leica MP2 one of the rarest known Leica cameras. 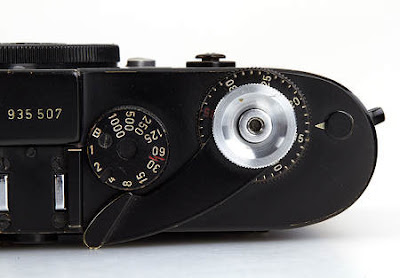 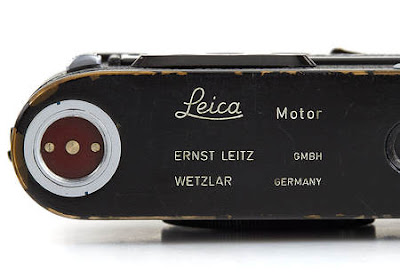 The camera body is identical to an early standard M2 with button rewind.

All mechanical connections to the motor drive are combined in the bottom of the camera body.

In addition to the special engraving on the top there is only a control ring around the trigger for switching the motor drive on and off to distinguishes the MP2 externally from a standard Leica M2.

The MP2 motor drive allows a frame rate of 3.5 frames per second.

There are only 15 MP2 known as existing and only about half with an original motor. 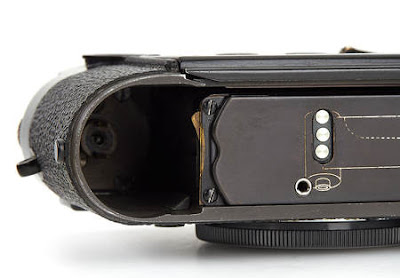 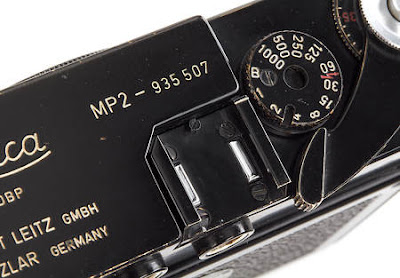 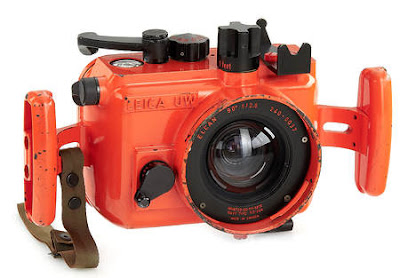 The extremely rare red-painted underwater housing was manufactured on behalf of the US Army.

The exact number of underwater housings produced is not known, there are less than 10 of them in collections worldwide. 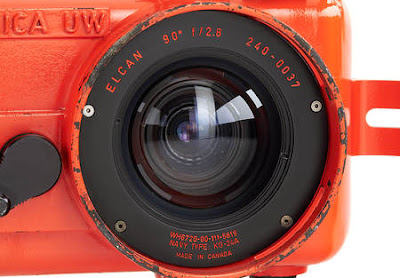 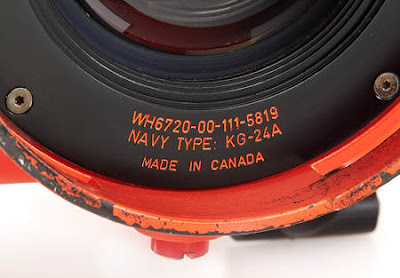 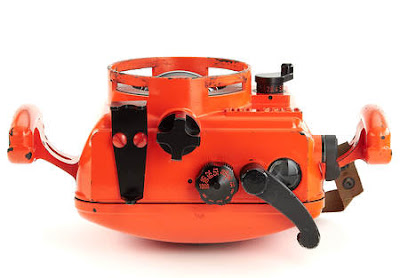 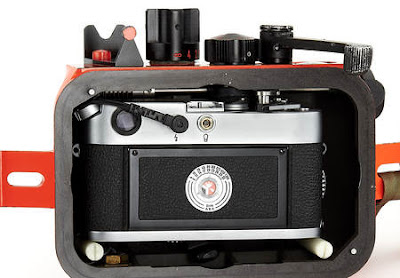