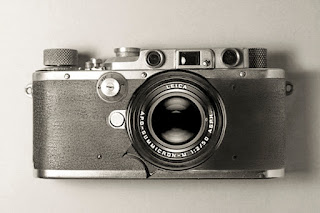 When Leica introduced the 28mm f/5.6 Summaron, modeled after the screw mount Summaron from 1955, my thought was that it would be nice to be able to attach it to an updated version of a Leica III series camera.

Apparently I am not the only one.  Today, 4-01, Leica introduced the new Leica III D (D for Digital).  The D is capitalized to set the camera apart from the extremely rare Leica IIId which was essentially a IIIc with a built-in self-timer. 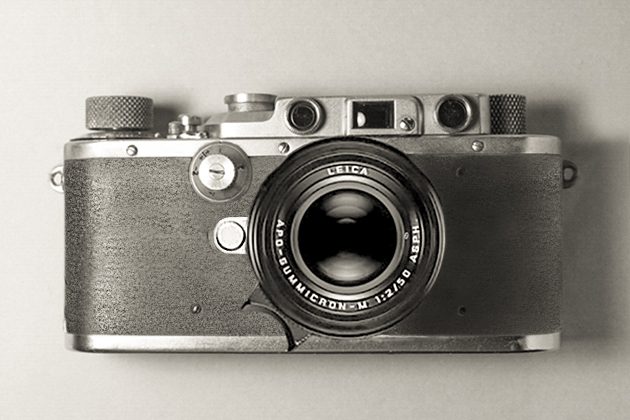 One objective for the new camera was to make it as small as possible.  Another objective was to make the camera as close in appearance to its predecessor from the 30s.  For that reason Leica chose to use the body configuration of the Leica III and its follow up models, the IIIa and IIIb.  The later screw mount cameras, starting with the IIIc, were all slightly larger.

The major difference to the original Leica III cameras is that the III D is digital.  It utilizes the same 24 MP sensor as in the Leica M10.  But that is pretty much where the similarities end. 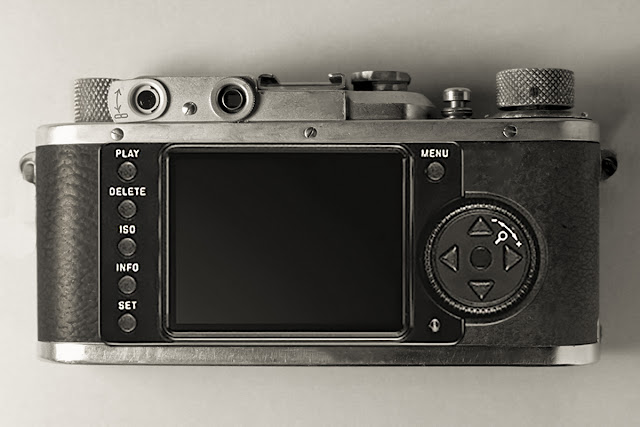 At first glance the camera appears to be identical to the original III series camera with the same viewfinder layout and the same control features.  It has the same two ocular viewfinder.  The left one is coupled to a rangefinder which is much improved over the original one.  It also features a lever like on the original diopter control.  This, however, has only been maintained for looks.  The actual diopter control is now a function of the former slow speed setting dial in front of the camera.  The right ocular is an electronic viewfinder which automatically allows viewing with any lens attached to the camera.  Auxiliary viewfinders are not necessary.

Being a digital camera, the new III D has a large viewing screen in the back. Here we also find access to the various camera settings and controls.

Because of the small size of the camera, it was impossible to utilize a motor to cock the shutter after each exposure.  Instead the camera uses a winding know, identical to the original, which cocks the shutter for the next exposure.  Even the original counter has been maintained, but the camera can obviously go much beyond the indicated maximum shots of 39.

The original shutter speed dial has been replaced by a version that offers speeds up to 1/4000 sec and a setting for automatic exposure control.  The shutter release is the same as the original, including threads for a collar type cable release.  Leica will offer a screw-on adapter to allow the use of a standard cable release.  The original rewind lever has been maintained.  It now functions to allow instant access to open the shutter for sensor cleaning. 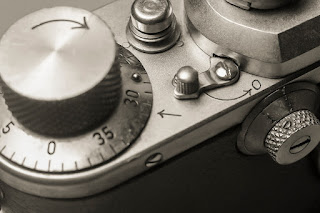 The accessory shoe has been updated to a hot shoe layout for use with automatic flash units.  The film rewind knob has also been maintained, but it now functions a quick means to set ISO setting, like on the Leica M10. 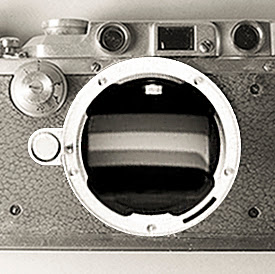 Another major difference is that the camera now features a Leica M mount instead of the old screw mount.  This allows for easy access to all Leica M mount lenses as well as Leica SM lenses with an adapter.

The camera is also equipped with a modern, vertically travelling metal blade shutter which also includes the reflective pattern for the light metering system. 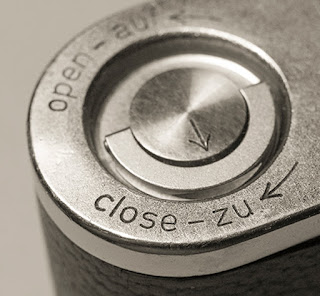 The bottom plate has been maintained in its original appearance and, just like on all Leica digital M models, it must be removed to gain access to the battery as well as the memory card slot.

Since this camera is essentially part of the Leica M system, it is capable to utilize many of the Leica  M accessories.

As of yet, no information is available as to the availability of this new camera.


Posted by LEICA Barnack Berek Blog at 8:37 AM