SHOOTING WITH LEICA IN THE COLD OF FAR NORTH GREENLAND 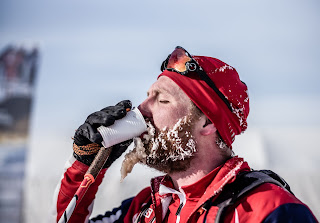 In this piece I will try to tell my story of shooting with Leica in some of the extremes of the north – in and around Greenland.

I have lived in Greenland for the past almost 18 years, working with science education. In 2010, after long considerations on something different than my primary Nikon setup (D300 and D3), which was bulky, and heavy to carry on hikes, images were good – but I missed something extraordinary, I sold my Nikon cameras and bought my first digital Leica. It was the M9. I knew that the Nikon could deal with extremes of winter and weather, but whether the M9 could be my new companion on adventures in the cold was uncertain.

At the time it apparently didn’t make much sense from a financial point of view – it was a lot of money. However, from having tried the M4 a few years alongside my Nikon I had confidence in that the M system would be what I needed – simpler to operate, lighter, and outstanding image quality. To go with the M9 I had a couple of second lenses; a second hand 50 summicron (rigid) and a 35 summicron from the 80s. The lens line up would be expanded in the following years. The hope was that the M9 and the lenses would be a lighter setup – but still provide quality images.

Oh boy – was I surprised. The M9 files were amazing – richer in tonality; sharper and more vivid than anything I had seen from the Nikon setup. No doubt that the M9 could do something extraordinary.

The images below are from a trip to Qaanaaq (the northernmost town in Greenland at 77 northern latitude) in the beginning of February about a week before the sun came back from its four months’ of winter sleep. 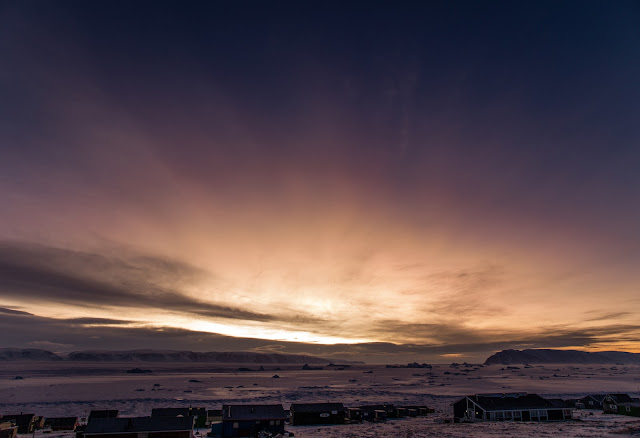 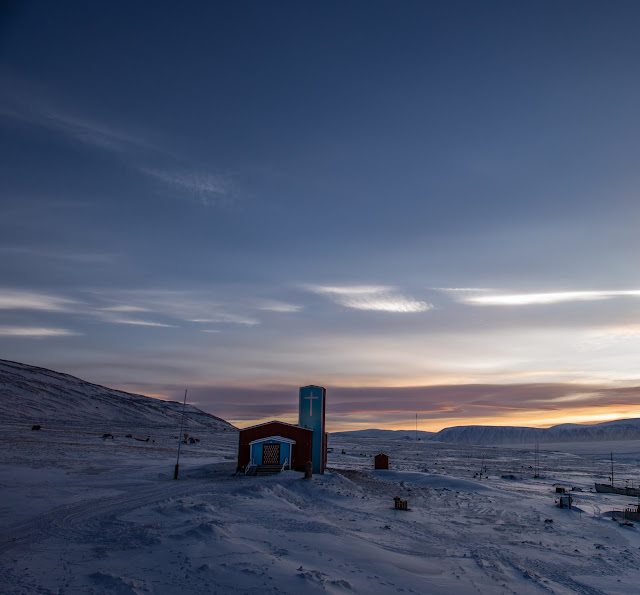 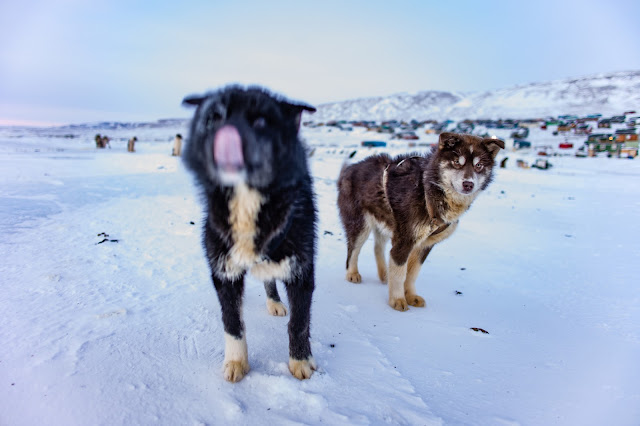 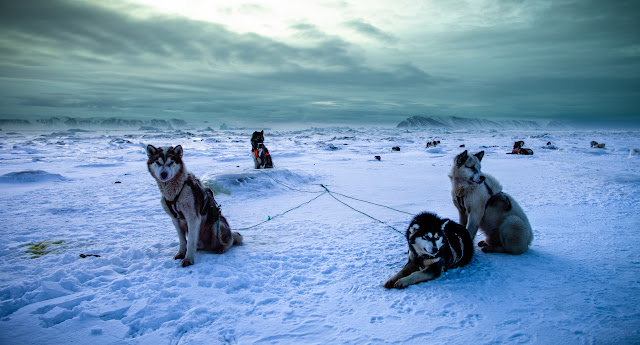 Some years later the M9 was accompanied the M-P (240) Safari and then the Monochrom (Henri) two years ago. The M-P meant longer battery life, larger files, faster camera and live view. Though neither the M-P (240) or the Monochrom offer the opportunity of fast focus, multiple frames per second for bird or wildlife photography for what I do primarily shooting landscapes and people hikes and travels around the country the M-P and the monochrom provide images second to none. As with the M9 I also try to get the most out of the monochrom and the M-P, in the extreme cold environments of Greenland in winter.

Three years ago I was invited to Sisimiut, a small town some 320 kilometers north from Nuuk to photograph the Arctic Circle Race – a 160 kilometre cross country ski race in the mountains behind the town. In the bag was the M-P Safari, and then a 50 summilux and a 21 summilux. Temperature shifted between minus 10° Celsius (14°F) down to minus 28 ° Celsius (-18,4°F) ; weather was a mix of heavy dense snow and clear skies. Seemingly not the environment the M-P was built for. With one spare battery, and being able to re-charge every night – I could easily spend between 8 and 12 hours outside every day for three days. The M-P performed brilliantly.

The following set of photos is from the Arctic Circle Race 2017 – shot with the M-P. 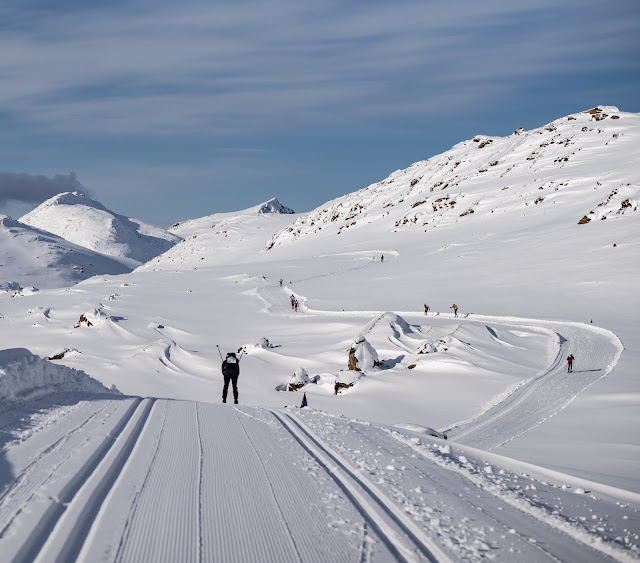 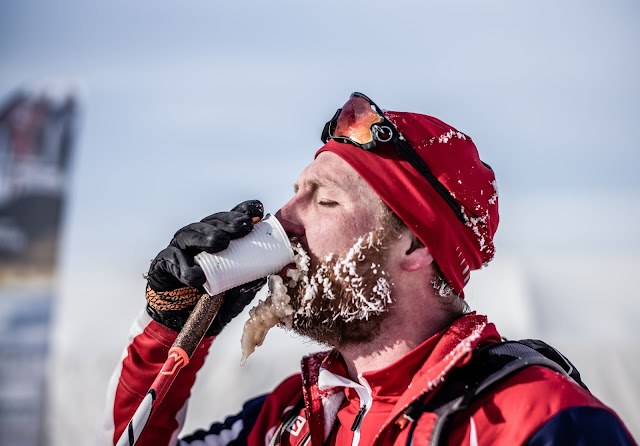 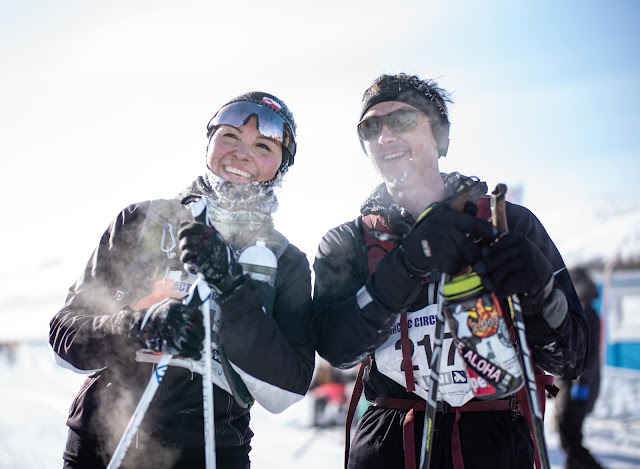 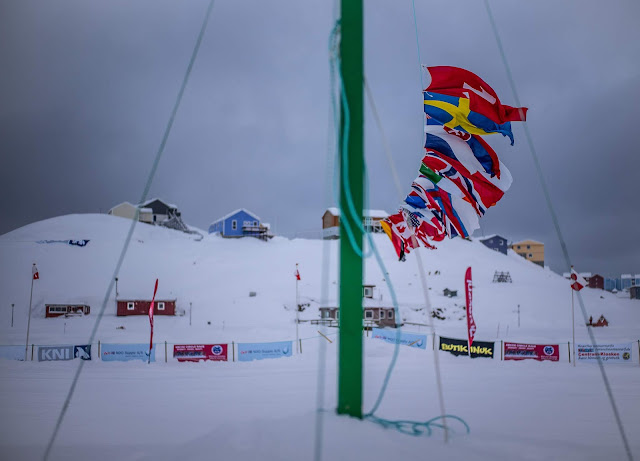 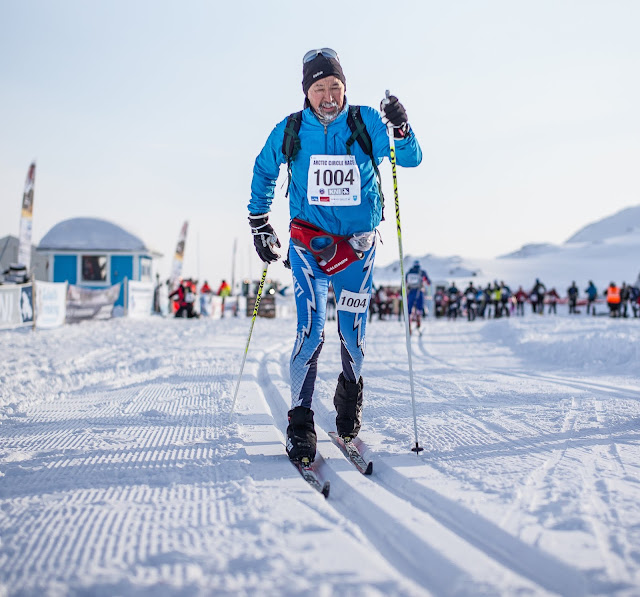 The last two stories I would like to share are stories of ice. First a little bit about the science education and ice. Since 2017 I have been part of the Joint Science Education Project [JSEP] – a project that brings together high school students from Greenland, Denmark and the United States on a three week summer science camp to study climate change and field science in the outback of Greenland and on top of the Greenland Ice sheet. So the scene was set to try a Leica setup of the M-P the Monochrom in the extremes of both 20 high school students as well the bitter coldness of a research station on top of three kilometres of ice.

The cameras survived the high school students - documenting their field science work with flying colours. Next was the icecap – SUMMIT Station and East Grip. SUMMIT Station is a research station on the very top of the ice sheet at 72° northern latitude  – operated by the National Science Foundation. East Grip is a multinational research station with the primary objective of drilling an ice core down into an ice stream. East Grip is located an hour’s flight due north from SUMMIT station at 75° northern latitude. Flights are operated by the air National Guard and their LC-130s.

Comparing the battery life of the two cameras perhaps not surprising the M-P has proven the better of the two. The following set of photos is an attempt to document the work of the JSEP students at Summit Station and at East Grip – often in temperatures down to minus 26 Celsius (- 14,8°F). 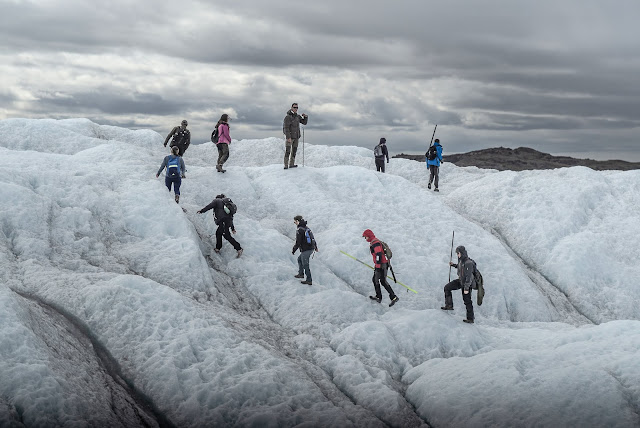 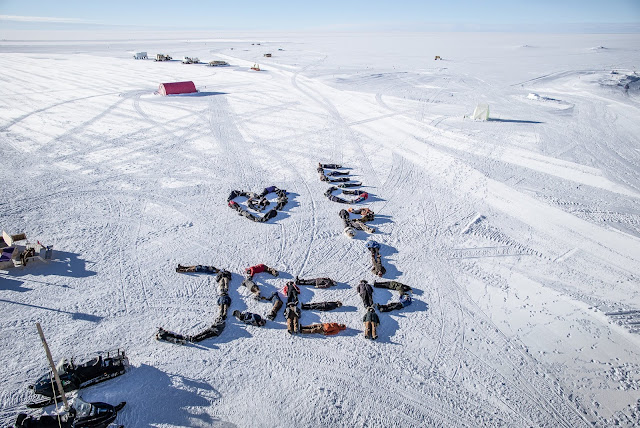 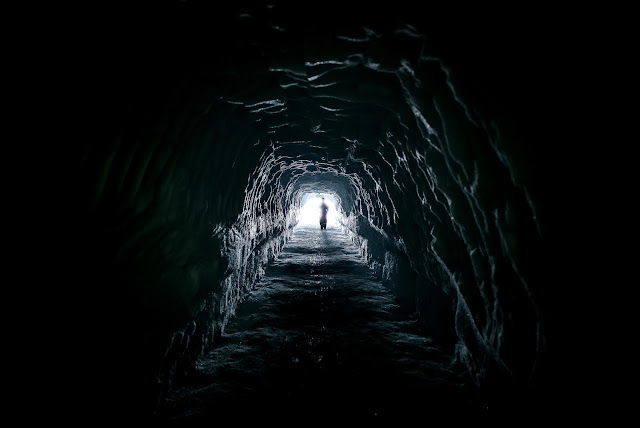 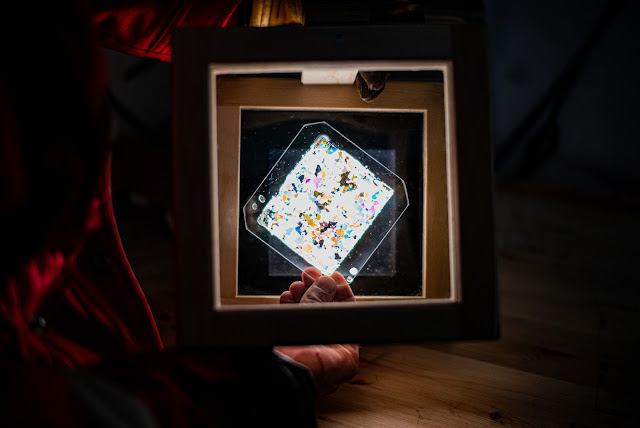 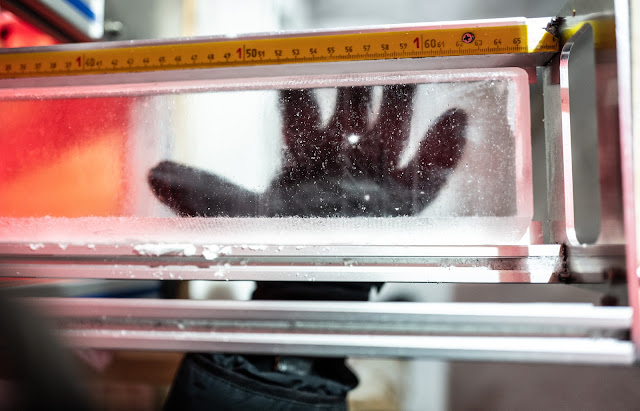 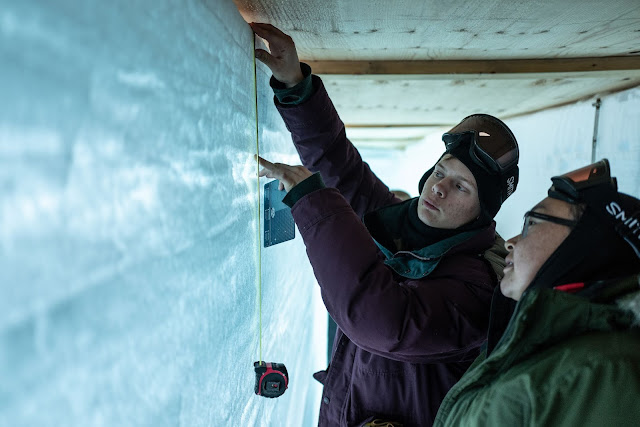 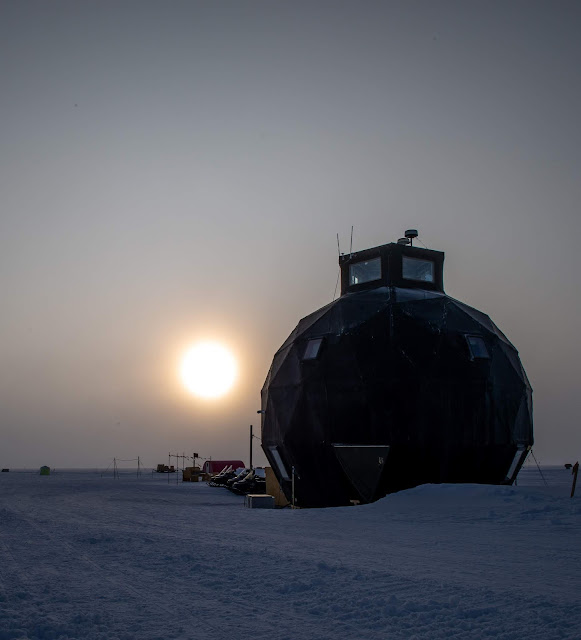 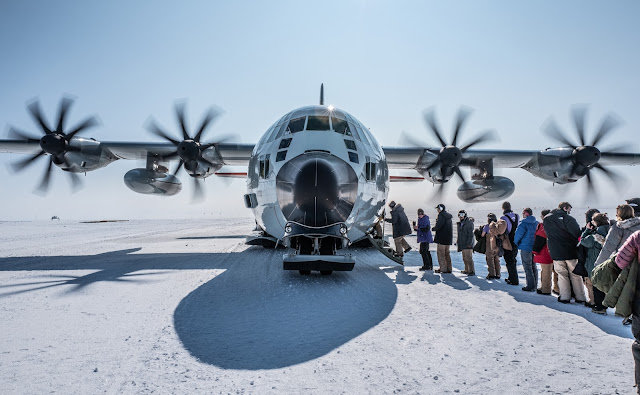 The final set of photos is from a recent trip to Uummannaq; a small town, some 700 kilometres north of the Arctic Circle. For most of the winter the island is surrounded by sea-ice; dogsledding being the primary means of leisure transportation (I find that it is the best means of transport there is). 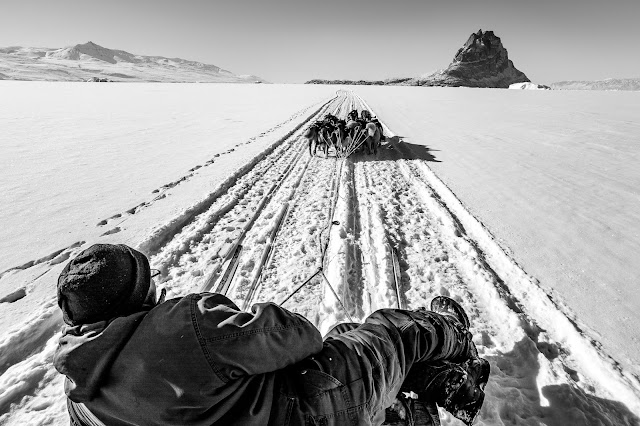 It is now almost ten years since the M9 brought about a change in how I photograph, I now take far fewer photos than what I did with the Nikon setup, but the number of good ones are far higher, and though many argue that the M system is made for street photography; I find that for me it makes a lot of sense as an outdoor – extreme camera, partly because it is relatively light weight and thus easy to bring out into the extremes, but primarily it is simple to use and the image quality is what it is. I think that the only downside I can find is that because the Leica Ms are small, it also takes a bit of trials and errors to operate with gloves or mittens.

So this is me, Lars Demant-Poort, and I am an assistant professor at the University of Greenland in Nuuk; the capital of Greenland. I came to Greenland almost 18 years ago. The first six years I lived in the far north teaching physical geography and English. In 2008 I moved to Nuuk to work for the government of Greenland before my current position as teacher / researcher at the university. I teach earth science and do research on science education in primary and secondary schools in Greenland.

I have been taking photos since I was about 10 years old, using a variety of cameras e.g. an old Agfa (inherited from my grandfather), a second hand Nikon F3, a Minolta, a Nikon D300 and Nikon D3; and then the Leica M4 before adding the digital Leica Ms. I’m not using Leica cameras because of the name, or because it is what some would call a luxury brand; I use Leica gear because of the image quality compared with how small the cameras are; it makes good sense when you also have to carry a lot of other stuff eg on hiking trips. And I don’t exclusively shoot Leica – some years ago I bought a Nikon D810 for telephotography and also a drone. I think that the idea is to take the photo with the camera best suited for it. However, 90% of my pictures are shot with one of my Leicas. And I always carry a camera with me; this has been a habit since that one glorious morning in a small isolated settlement on the east coast of Greenland where I was teaching, and when a helicopter landed on the doorstep of the school – and I didn’t have a camera with me: missed the moment.


Posted by LEICA Barnack Berek Blog at 11:41 AM