OOPS – I DIDN’T SEE THAT or WHAT NOT TO DO 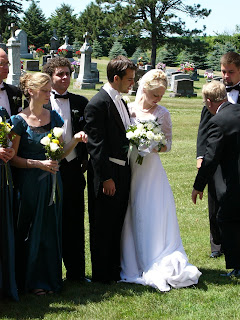 During the 13 years I taught photography, one important aspect was composition.  This was often an enigma to many of my students.  But it served to improve their photography to quite an extend.

However, it also created another, new problem.  People began to concentrate so much on the subject matter, to present it as good as possible, that they began to ignore the background.  The result were often good photographs that, however, were useless because of a very bad background.

A similar problem often occurs by choosing the wrong place to shoot at in the first place although this cannot be helped at times.

Most people are familiar or at least are aware of Photoshop.  In the past I have written about the advantages of Photoshop as a tool to improve our photographs.  But it has also created a certain carelessness during actual shooting because ‘Photoshop will take care of that’.

Yes, it can, but that often is not easy.  Here are some examples:

The first was a situation where the photographer concentrated on the wedding party and totally ignored the background.  Then, when it was pointed out that a cemetery as a background for a wedding party was less than ideal, his answer was that Photoshop would take care of that.

Well, Photoshop did indeed take care of it, but the photographer did not have anywhere near the necessary skills to do so with the result that I was asked to take care of the problem. 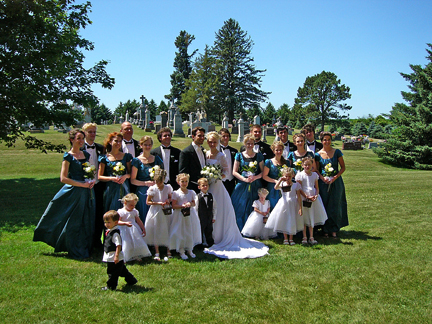 After finding a photograph with a suitable background and very similar lighting, I carefully separated all the individuals in the wedding party, including some of the shadows and transferred them onto the photograph with the much better background. 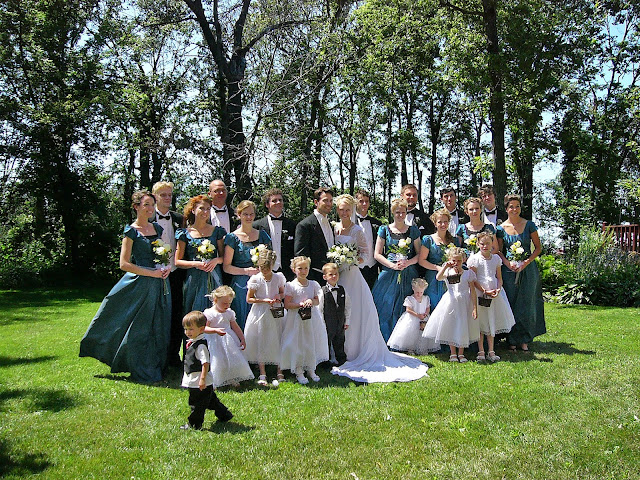 Photoshop saved the day, but not with considerable time and effort, something that easily could have been avoided by using an appropriate background in the first place. 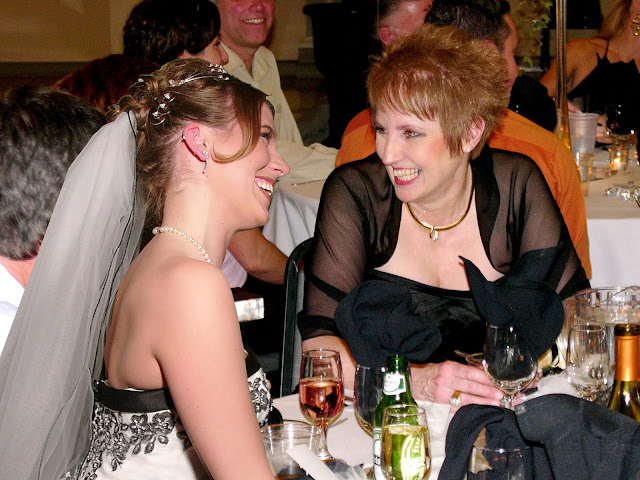 This is a montage of two separate photographs to put the bride into one photograph with her mother. 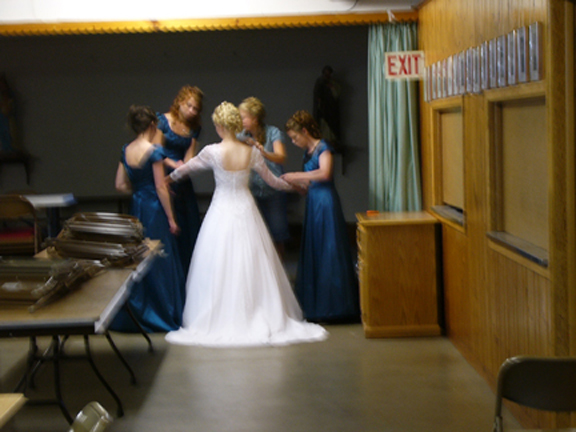 The result is a lot of clutter and distracting detail which ultimately hurts the photograph as a whole.  In addition, the photograph is slightly blurred. Again, Photoshop allowed changing an almost useless picture to a worthwhile memory of the important day by removing some of the clutter, and using the artistic filter gallery to give the photograph a painting like appearance. 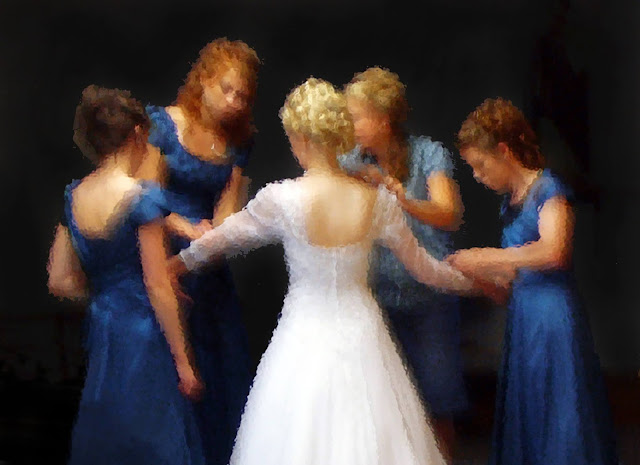 The final example is another photograph which had to be taken right then with little possibility to change the background reflected in the mirror.  Simply removing the distracting pipes in Photoshop resulted in a much better photograph. 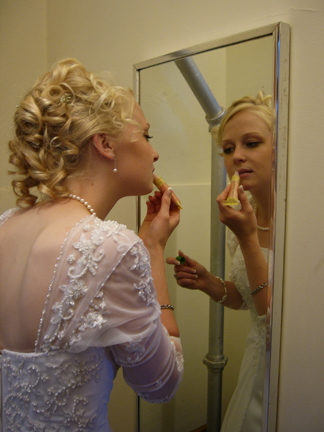 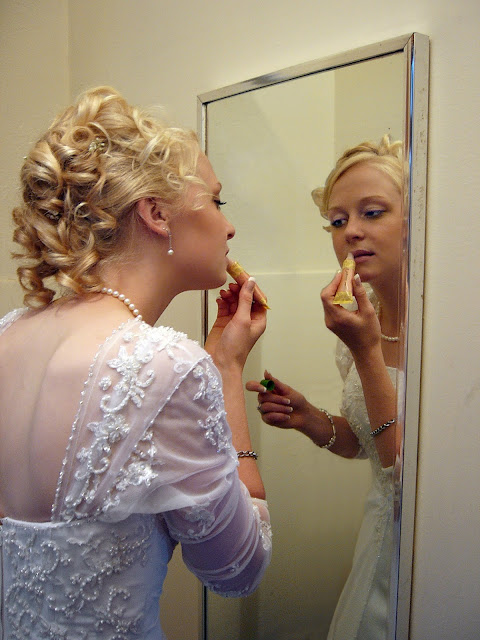 Many photographers feel that Photoshop is used much too often to cover mistakes that should have been avoided in the first place, and rightfully so.  But Photoshop should also be recognized as a very good tool to improve photographs that suffer from having been taken under less than ideal conditions.