NOT EVERYONE LOVES LEITZ PARK 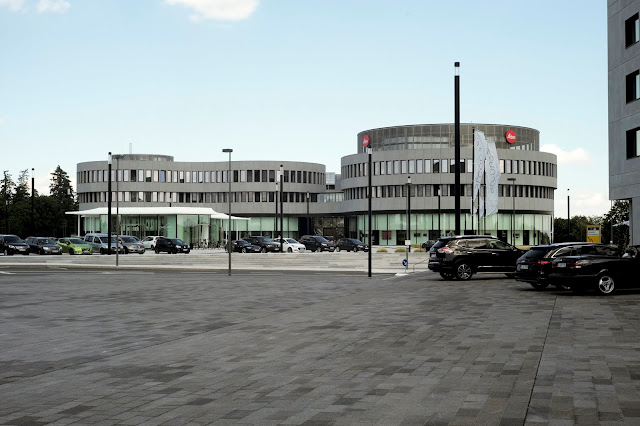 Leitz Park Main Building
By Heinz Richter
The Wetzlarer Neue Zeitung (Wetzlar New Newspaper) reports that not everyone likes the buildings at Leitz Park.  As a matter of fact, some feel that the gray buildings are too monumental.  They have referred to the raw concrete facades, a distinctive feature of most of the buildings, as a form of "brutalism", which actually describes an architectural style and does not come from "brutal", but from the French "béton brut", which means "raw concrete".
That, of course, is in the eye of the beholder.  I have heard of accolades that described the buildings as clean and unpretentious.  Whatever the opinions might be, the main building, the Leica Camera AG headquarters definitely stands out.  The curved facade of the front certainly cannot be described as "béton brut".  The rounded shapes to the right and the left of the main entrance are thought of describing the shape of lenses or that of a pair of binoculars. 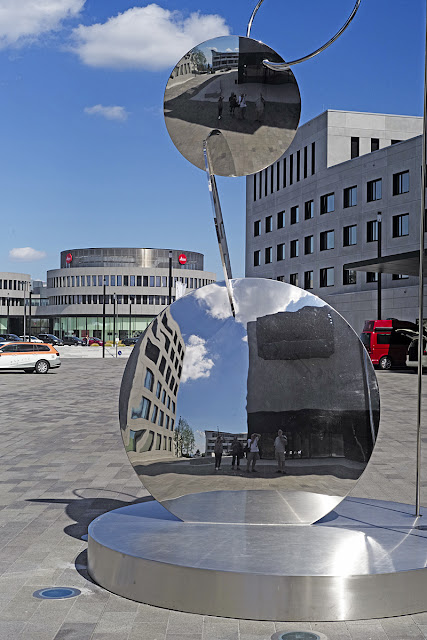 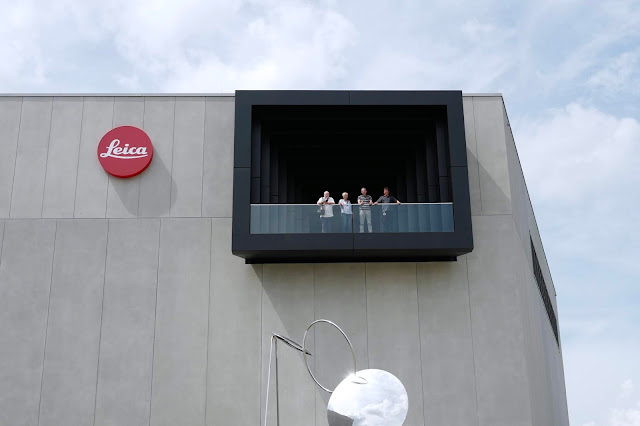 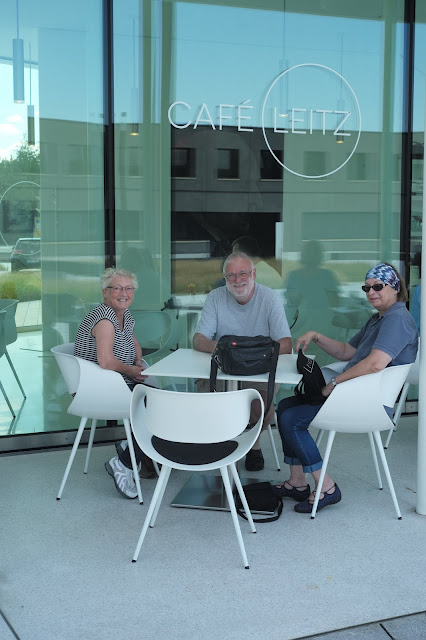 Taking a break at Cafe Leitz 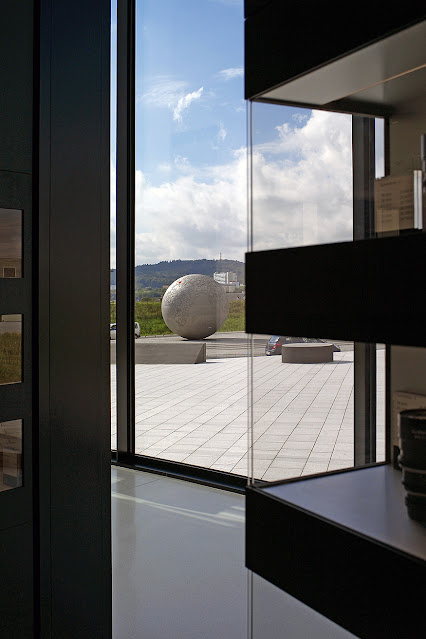 The globe from the lobby of the main building
According to the Wetzlarer Neue Zeitung, it does not take any optical trickery, but only some time to put the monumental forms of concrete in the background. When the sun sets, the gray concrete disappears in the darkness. Then the moon and stars rise - even with a heavy overcast. The large globe in the roundabout, which is popularly, but not officially called Leica roundabout, assumes the role of the full moon and the lamps all around make great stars. No trace of brutalism, just serene beauty, enabled by the darkness.

Leitz Park from top of the main building