Some readers might wonder why Ansel Adams is the topic on the LEICA Barnack Berek Blog.  After all, as far as we know, among the large number of cameras he has worked with, a Leica was never one of them.

As Leica enthusiasts, we sometimes have a tendency to get too wrapped up in our equipment.  The fact that Ansel Adams apparently never did any work with Leica equipment in no way diminishes his accomplishments.  To the contrary, all photographers, including Leica owners, can learn a lot from him.  His approach to photography with the Zone system, which he created, is still as much up to date today as it was when he worked his magic with black and white photography.  This is part of what makes him of great interest to the Leica community, because Leica these days has probably a much wider number of followers still using analog photography than any other camera out there.  By applying his techniques, I have certainly been able to produce better black and white photographs than I would otherwise have been able to. 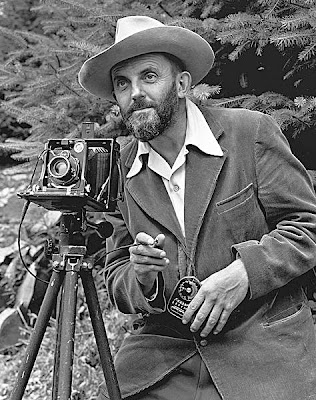 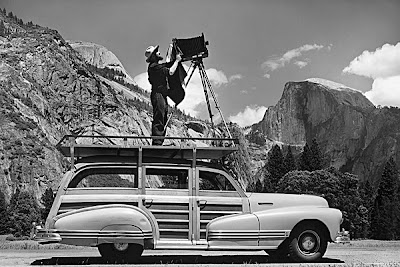 The L-Camera blog has published a two part video of Ansel Adams from 1958.  In this 20-minute presentation you get an insight into his working methods, his own interests and attitude to art,  and his gigantic amount of camera equipment.

You will accompany the photographer through the entire process of analog photography, from the precise light reading of the object, the correct exposure settings of the camera and onto  the right development of the photos in the darkroom. 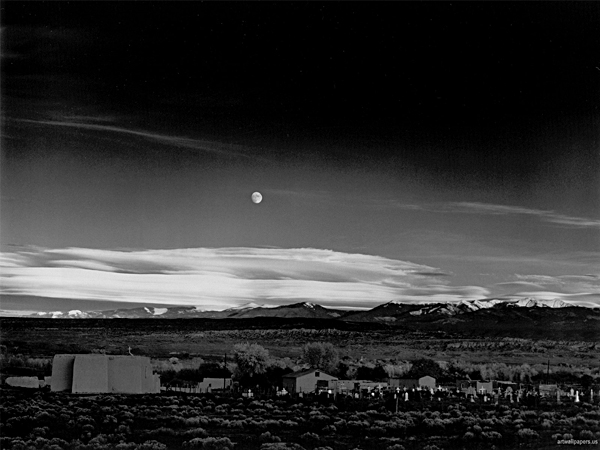