This year’s 100 year anniversary of the Leica camera has been well documented and celebrated, but there is another anniversary, closely connected to Leica, that also celebrates 100 years of service to the photographic industry. 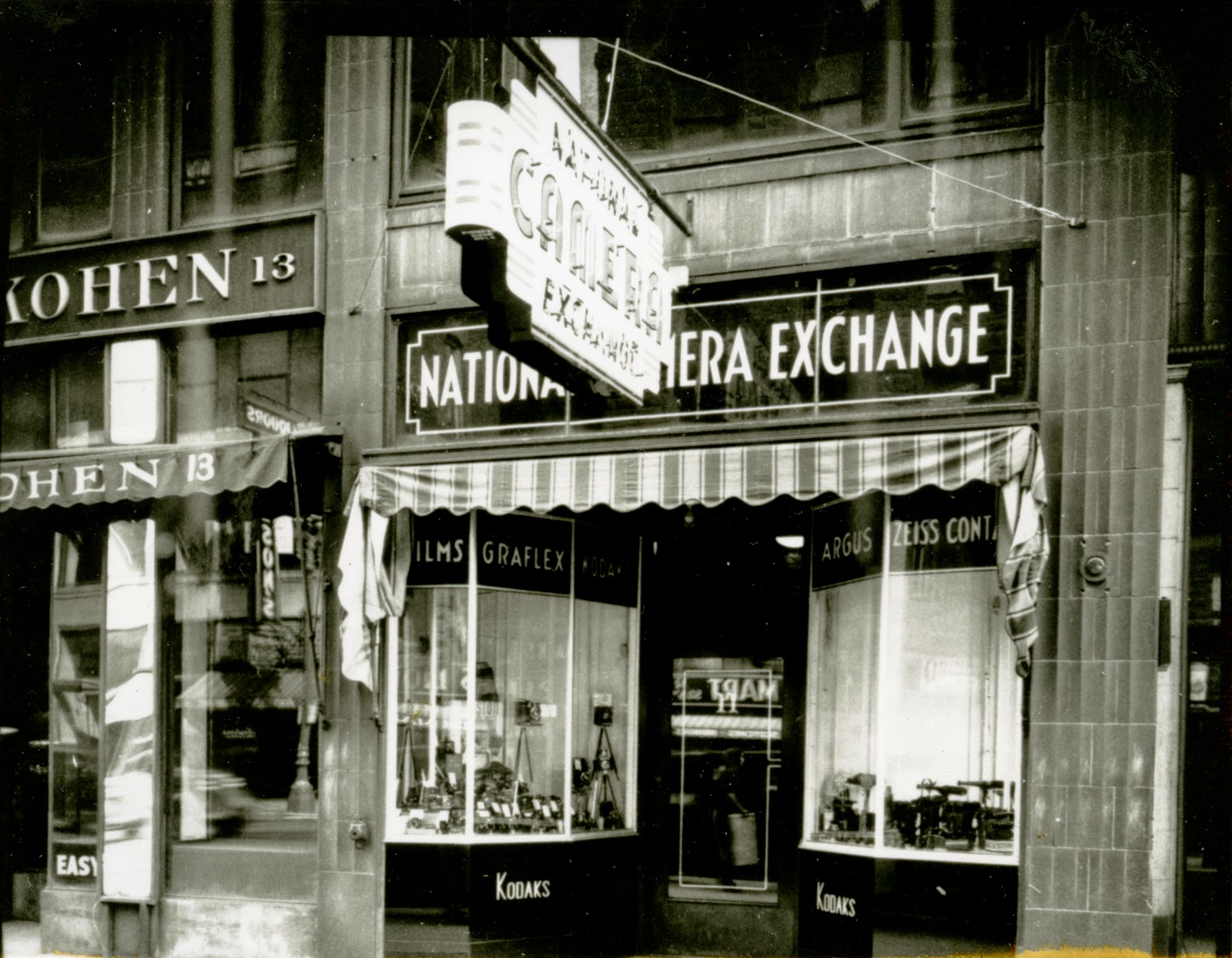 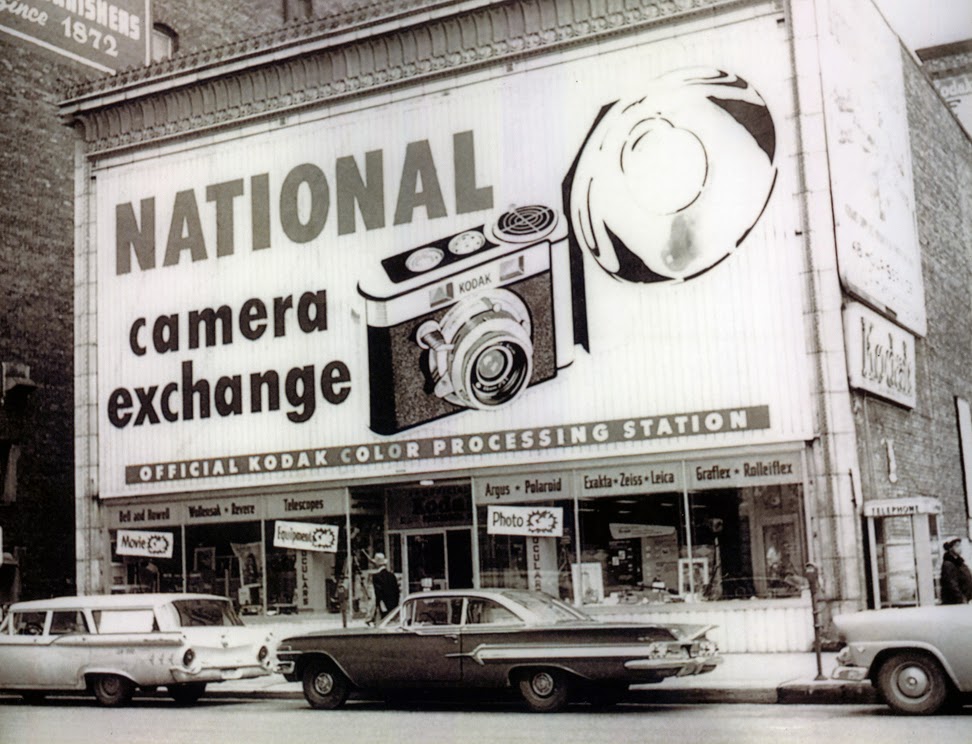 When the Leica appeared on the market in 1925, and with its subsequent success on the world market, Herman Liss took notice.  The result was that NCE became only the sixth Leica franchise in the US.  It is thought that the year was 1929 and NCE has carried Leica products ever since. 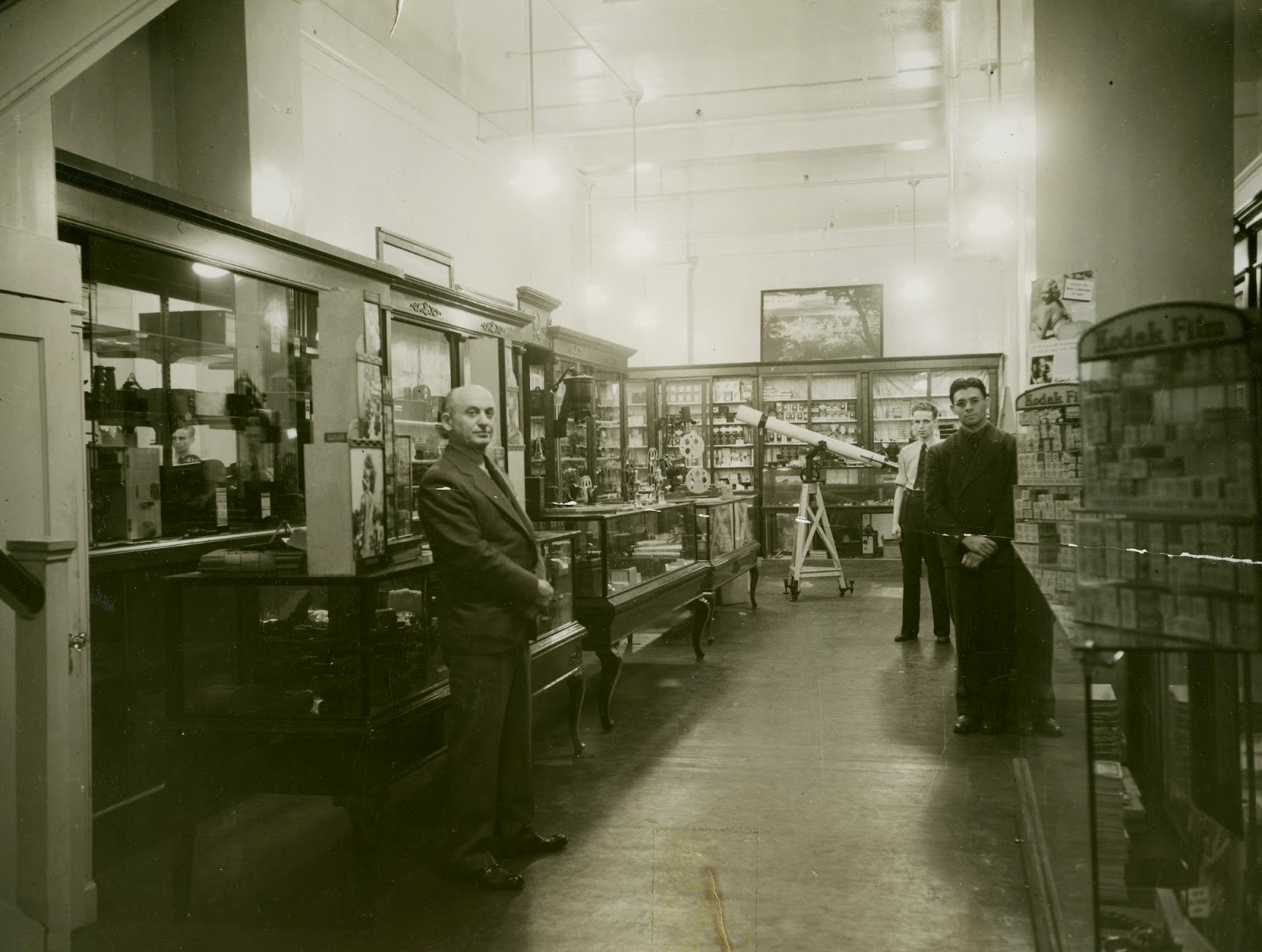 NCE quickly became a fixture of the photographic industry in the Twin Cities (Minneapolis and St. Paul).  They are to this day and it is much to their credit that they survived as one of only two pure photography stores in the area.  In the 1970s there were at least 10 such stores, but with competition from department stores and other mass marketers, these disappeared one by one.

In 1961 NCE decided to move from downtown Minneapolis to the suburb of Golden Valley where they celebrated their 50th anniversary in 1964. 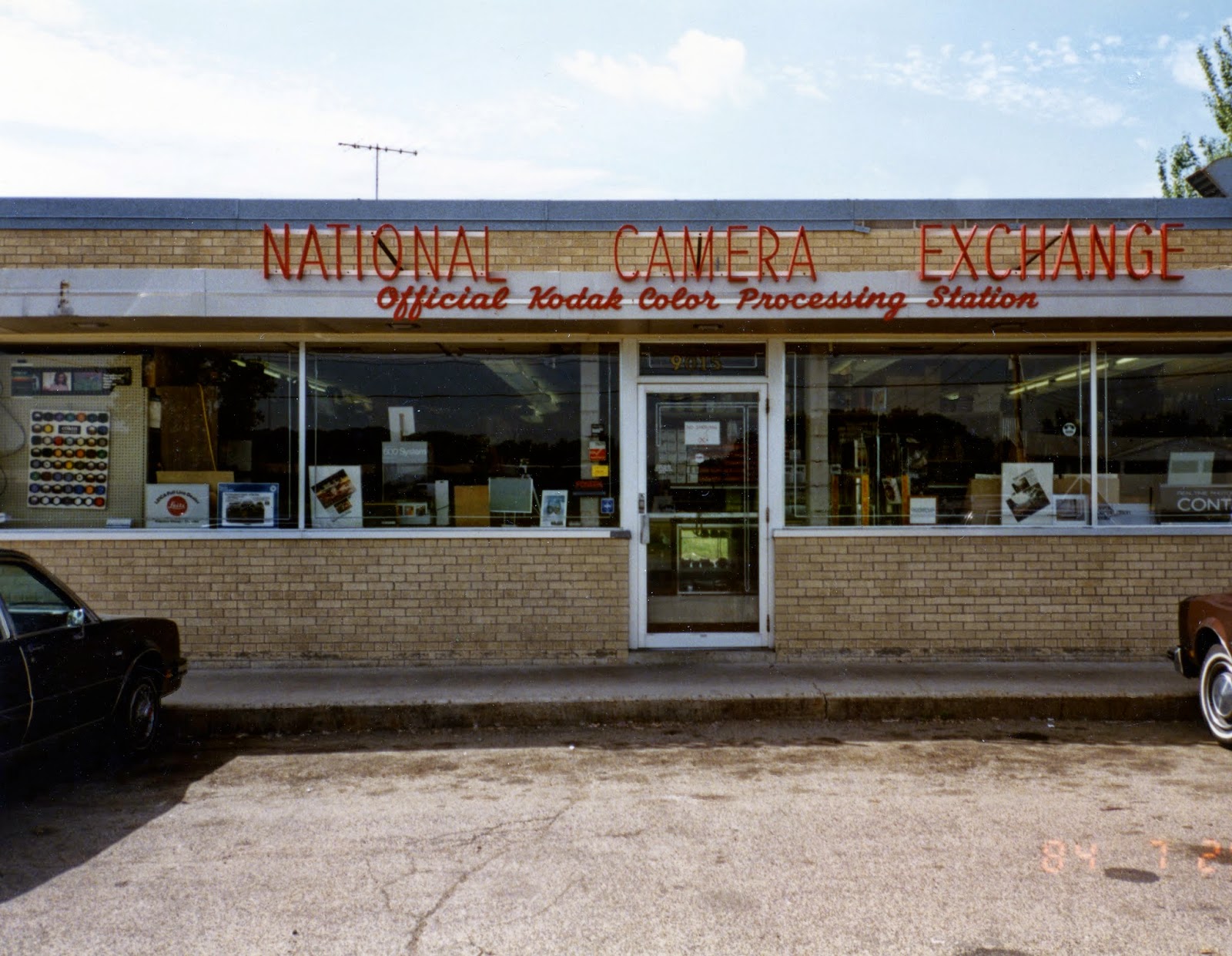 NCE has always been closely connected to the Twin cities community.  For instance, in 1974 they helped out the Kunst brothers, who walked around the world, with a donation of cameras after John Kunst was shot and killed in Afghanistan.

In 1978, Jon Liss, the son of Mort Liss and grandson of NCE founder Herman Liss took over the ownership of NCE.  He soon opend multiple locations for the first time.  He started with a new downtown location in Minneapolis.  Another additional store was in Dinkytown, an area close to the University of Minnesota.  This store was the first to also include a photo lab. 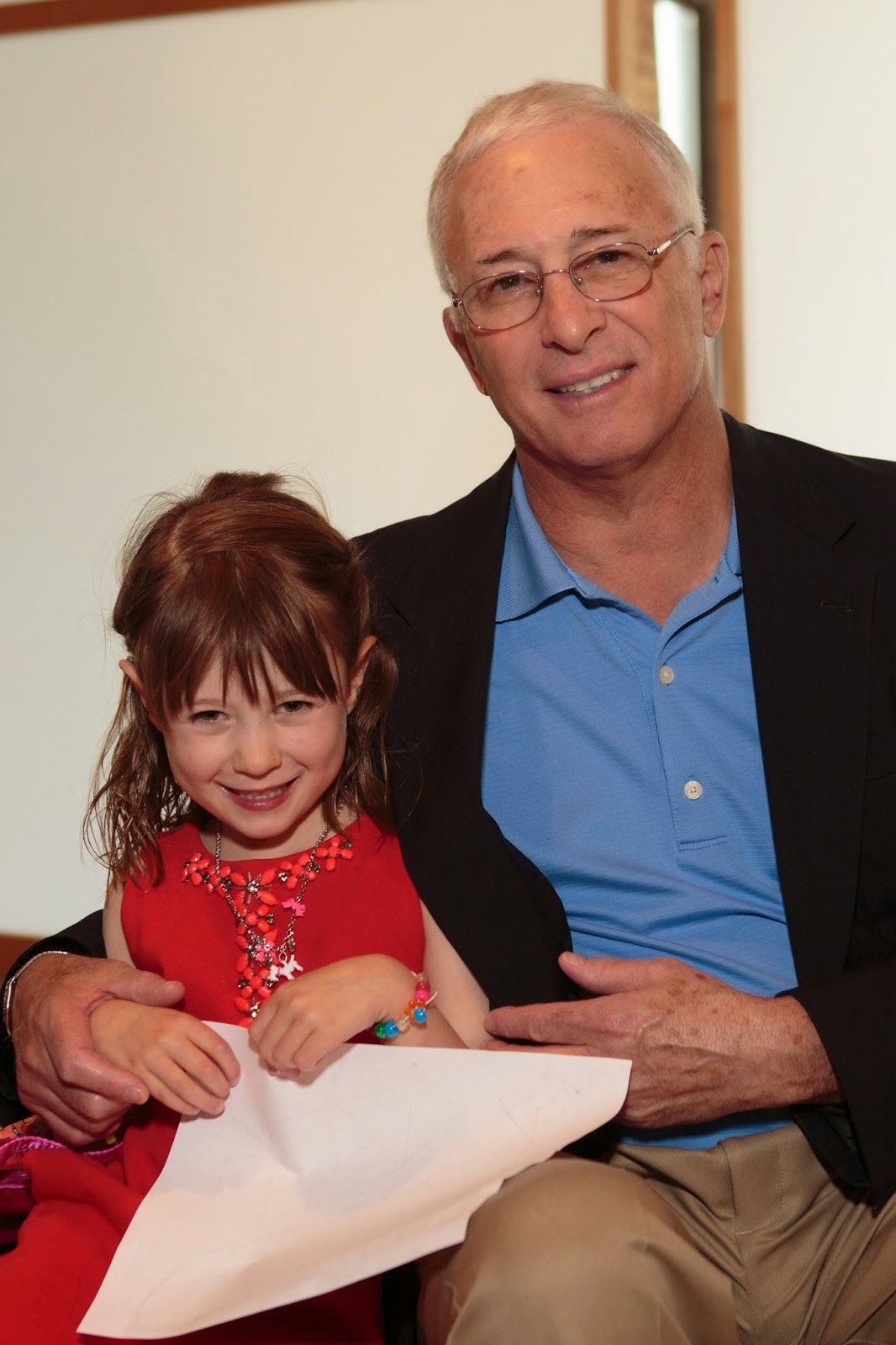 Jon Liss with his granddaughter Luca

In 1985 Jon Liss had the firm of Voda/Desnick design and build a new store, just a few doors down from their first Golden Valley location.  The store is designed to look like a camera and has won awards for this design and unique look. 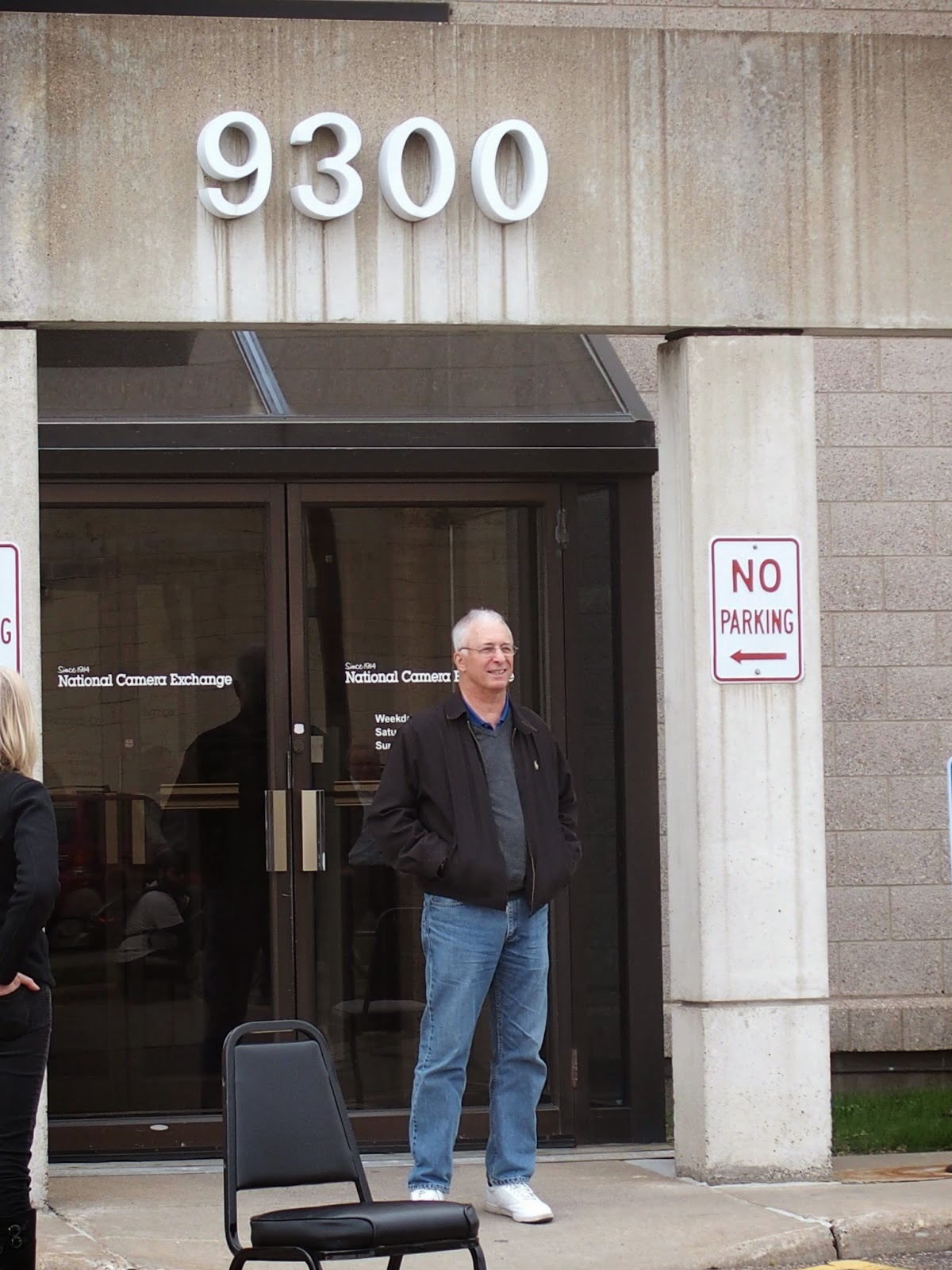 Jon Liss at the main entrance of the Golden Valley Store

Since then NCE has opened several other stores, but also had to close some locations, like the store in Dinkytown because of a massive construction project.

In 1994 City Pages, a local daily newspaper, voted National Camera Exchange the “Best Camera Store” in the Twin Cities and in 2000 they received the “The Integrity Award” from the Better Business Bureau.

National Camera Exchange has always handled new and used equipment.  Their rating system is part of what upholds the stellar reputation of NCE.  As Jon Liss explained, they deliberately are very conservative with their ratings and rather underrate than do the opposite.  Jon went on to say that they want to make sure that a customer, when he unpacks a camera, lens or accessory, is pleasantly surprised by the condition.  “If the customer feels that he got his purchase in better condition than expected, we are doing our job right” Jon said.

I can personally attest to that.  Just recently I ordered a 135mm Elmarit-M for my Leica M8 from a dealer out east.  The lens was listed in excellent shape, with an attractive price of $350.00.  Upon receiving the lens it proved to be in very used condition.  Closer inspection showed the focusing mount to be exceedingly stiff with a noticeable “kink” at a certain distance setting.  In addition, the lens was extremely dirty inside, not just dusty, but there was a large amount of debris, including hairs inside.  I returned the lens for a refund.  Looking for another one, I found the same lens offered by NCE in excellent condition for just $295.00.  I bought it and went to their Golden Valley store to pick it up.  To my surprise, the lens was in like new condition.

This philosophy of good service is one of the reasons why National Camera Exchange has not only survived the onslaught of discount stores, but has allowed them to prosper.  NCE is doing this with competitive prices, but unlike so many mass marketing establishments, they also pride themselves to have a very knowledgeable staff.  A customer can go to them and get real advice as to what the right equipment is for them.  In addition, they guarantee all of their sales, new and used.  If for any reason a new purchase proves to be not what expected, they will take it back without any problems.

NCE also offers a fairly large range of photography and photography related classes.  These are free to customers that have purchase new or used equipment and are also offered at very reasonable prices to the general public.

The philosophy of doing things right is also extended to the employees at NCE.  The stores have a very pleasant working environment which has resulted in several people having worked for NCE for 20, 30 and even 40 years.  The Vice President, Mike Lamont, for instance, started as a sales clerk over 40 years ago.

The 100 year anniversary is currently celebrated with an exhibition at the Minneapolis Photo Center.  It shows a wealth of photographs, documents and photo equipment, covering 100 years of service to the photo industry by National Camera Exchange. 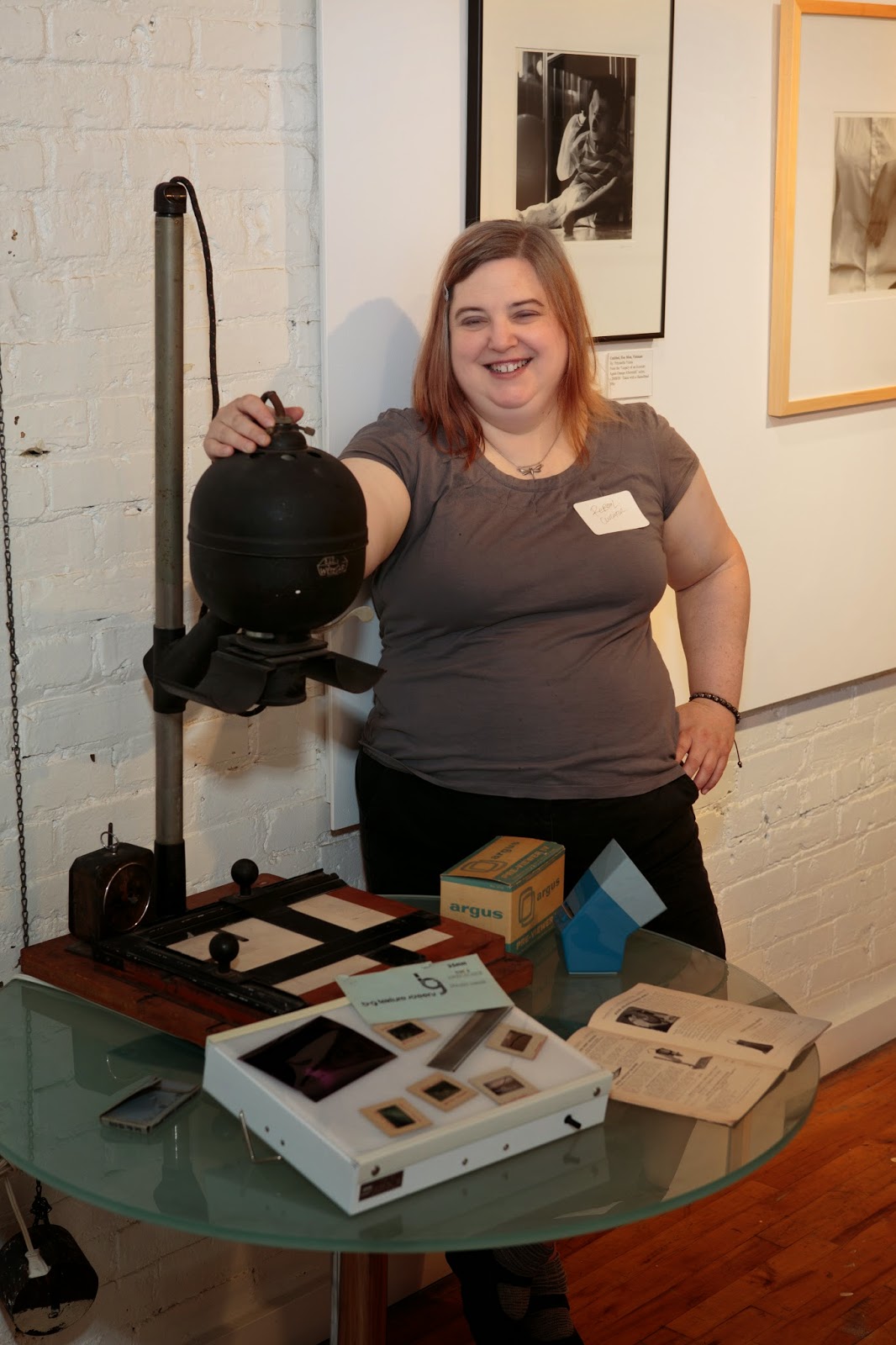 Rebecca Lawson, curator of the exhibition
at the Minneapolis Photo Center 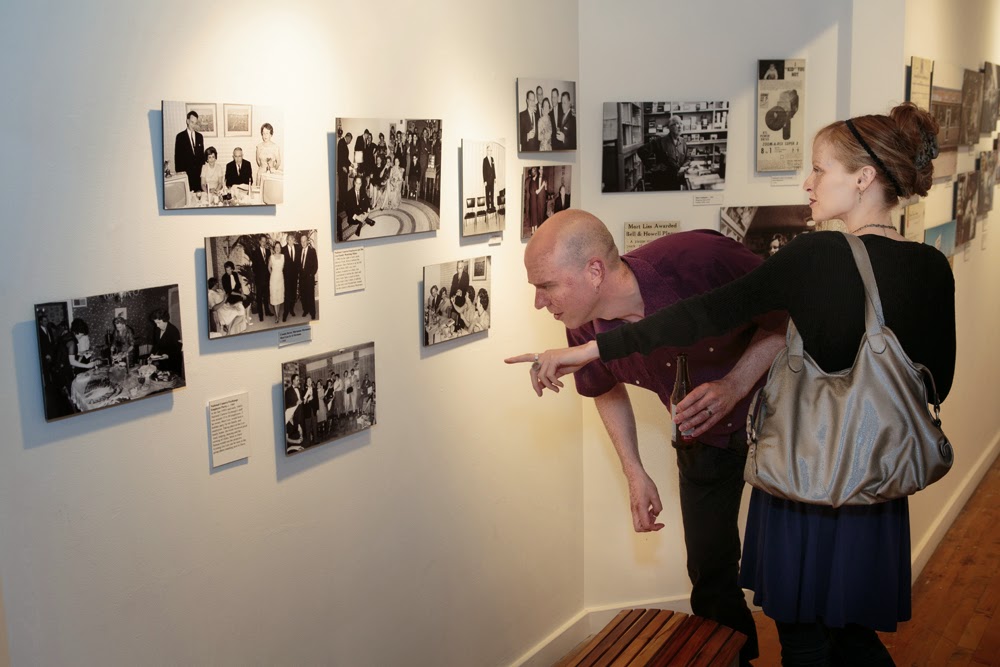 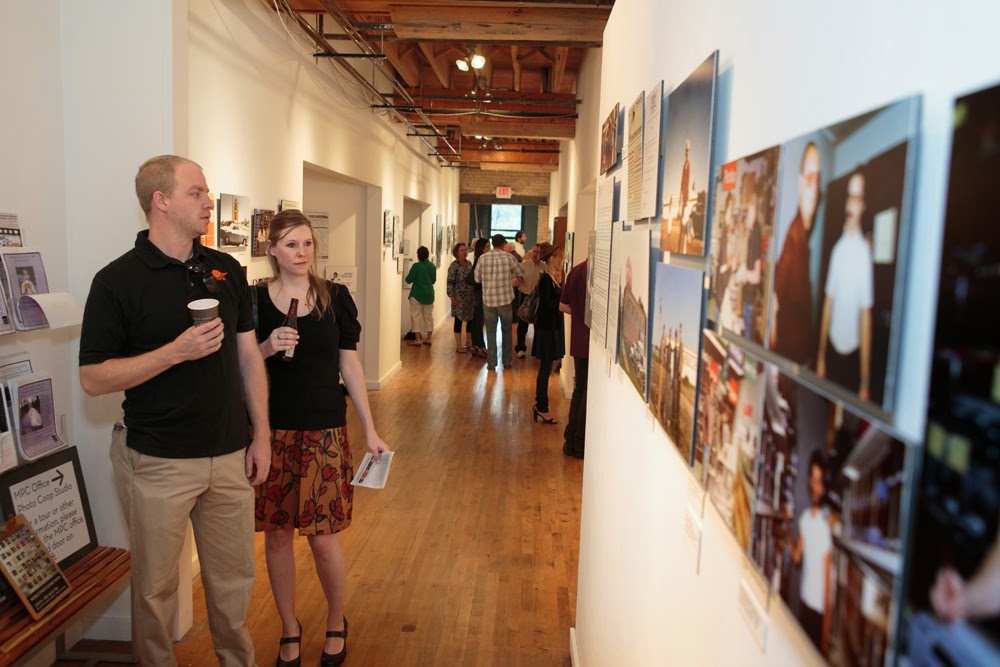 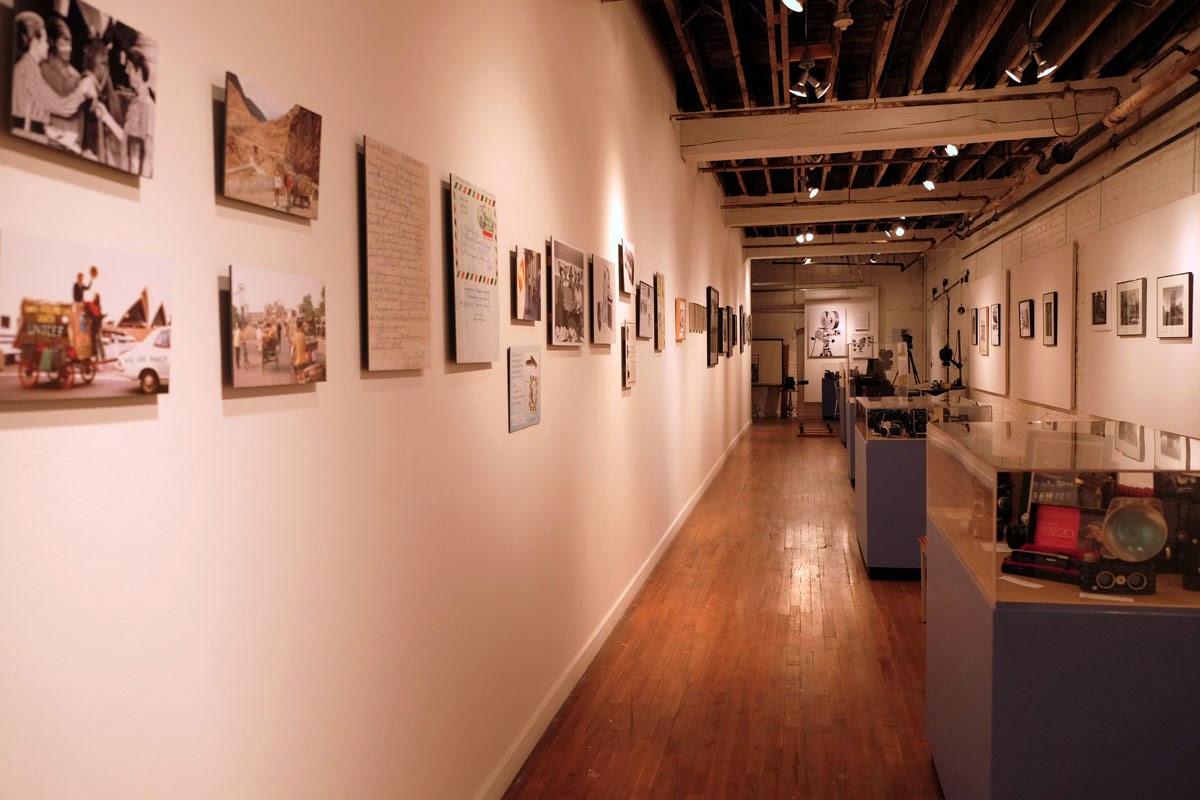 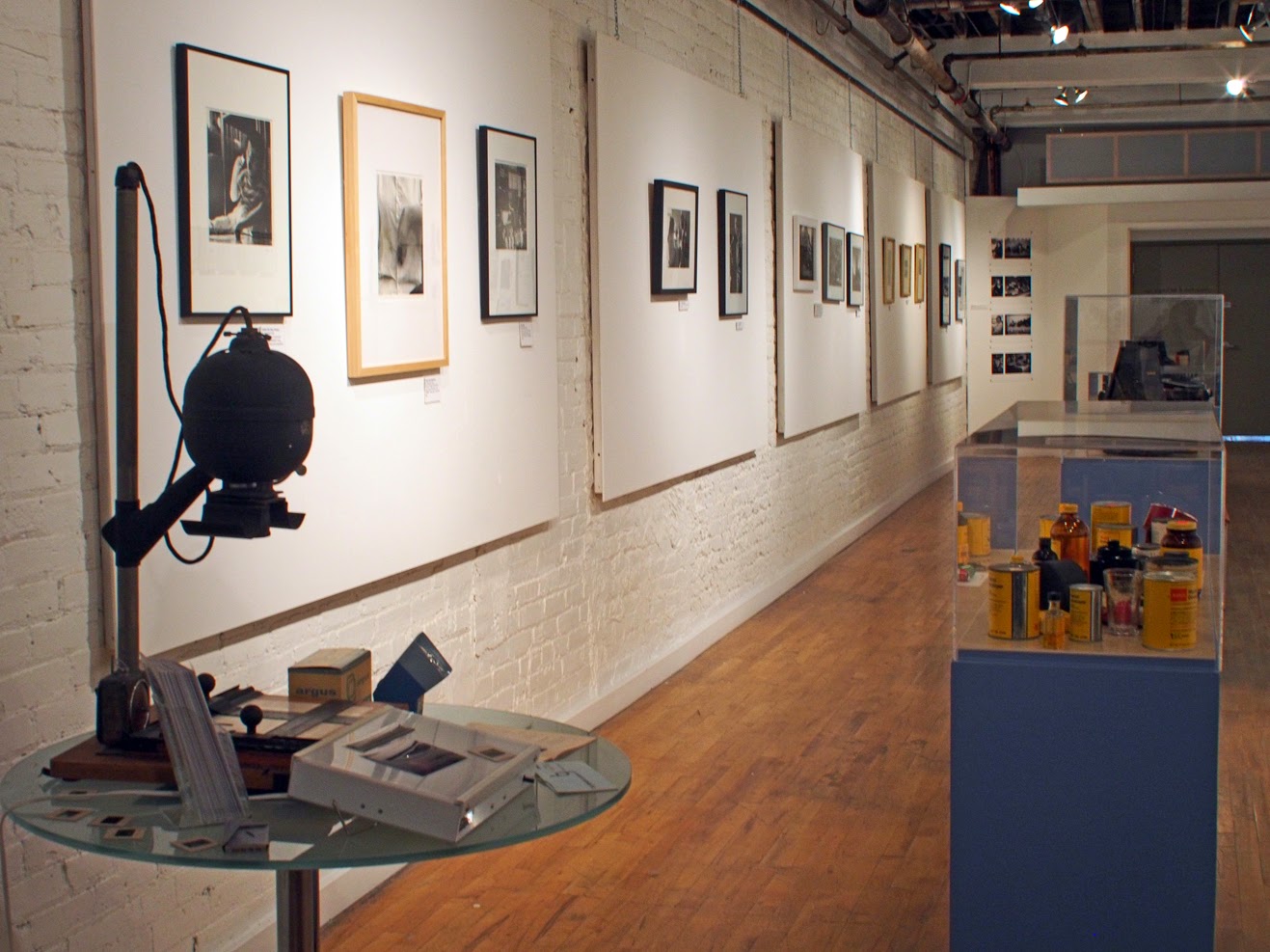 The newly designed website of National camera Exchange covers everything from new to used at http://www.natcam.com

In addition you will find them on a regular bases on eBay.

Posted by LEICA Barnack Berek Blog at 11:25 AM