SEBASTÃO SALGADO – MASTER OF THE LEICA 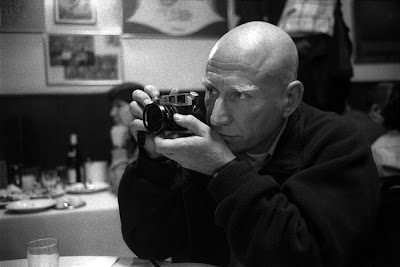 One of the truly great photographers using Leica cameras is without a doubt Sebastão Salgado.  He just finished a new, extensive series of photographs titled “GENESIS.”

The International Center of Photography (ICP) will be the first venue in the US to present "Genesis." It will be on view from Sept. 19, 2014, through January 11, 2015. The exhibition is going to display more than 200 black-and-white photographs.

NBC News reports “Sebastião Salgado has never shied away from ambitious photo assignments.  "Genesis" attempts to show us what the world looked like before humans transformed it. Begun in 2004, its main subjects are sweeping landscapes, wildlife and frequently indigenous people living in harmony with the earth.”

On over 30 trips, traveled on foot, by light aircraft, seagoing vessels, canoes, and even balloons, through extreme heat and cold and in sometimes dangerous conditions – Salgado created a collection of images showing us nature, animals, and indigenous peoples in such shocking and intense beauty it takes our breath away. In GENESIS, one discovers the animal species and volcanoes of the Galápagos; the penguins, sea lions, cormorants, and whales of the South Atlantic; Brazilian alligators and jaguars; and African lions, leopards, and elephants. Through Salgado’s lens, we travel over icebergs in the Antarctic, the volcanoes of Central Africa, the ravines of the Grand Canyon, and the glaciers of Alaska. We encounter the Stone Age Korowai people of West Papua, nomadic Dinka cattle farmers in Sudan, Nenets and their reindeer herds in the Arctic Circle, as well as the Mentawai jungle communities on islands west of Sumatra. 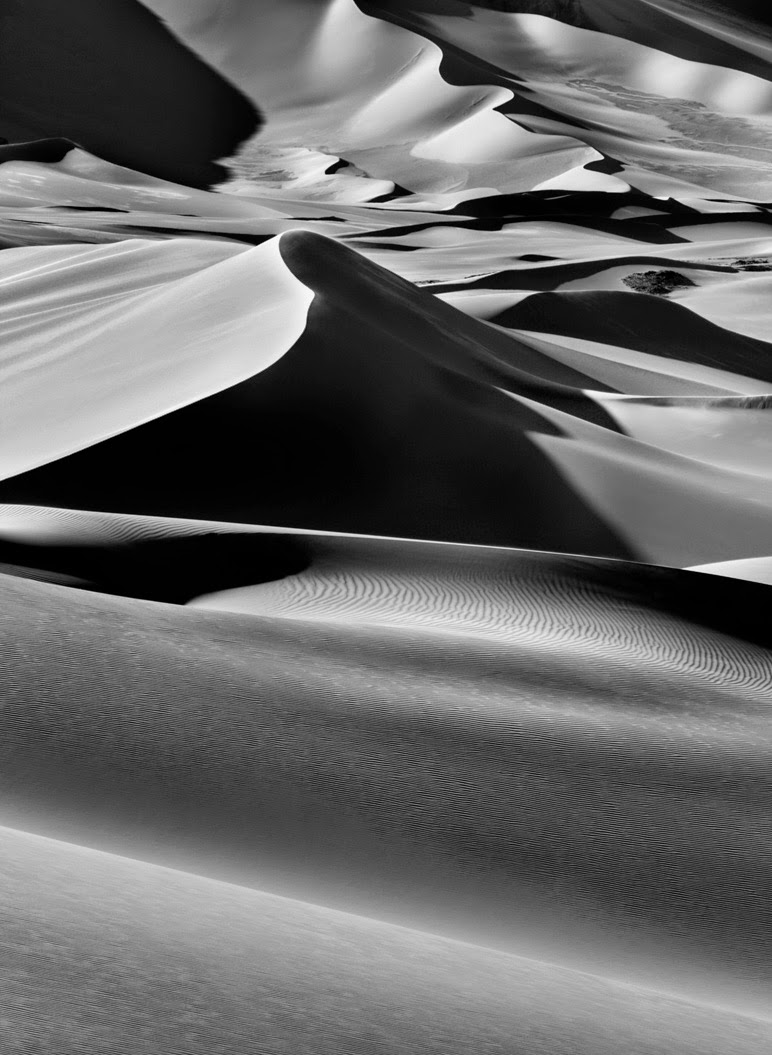 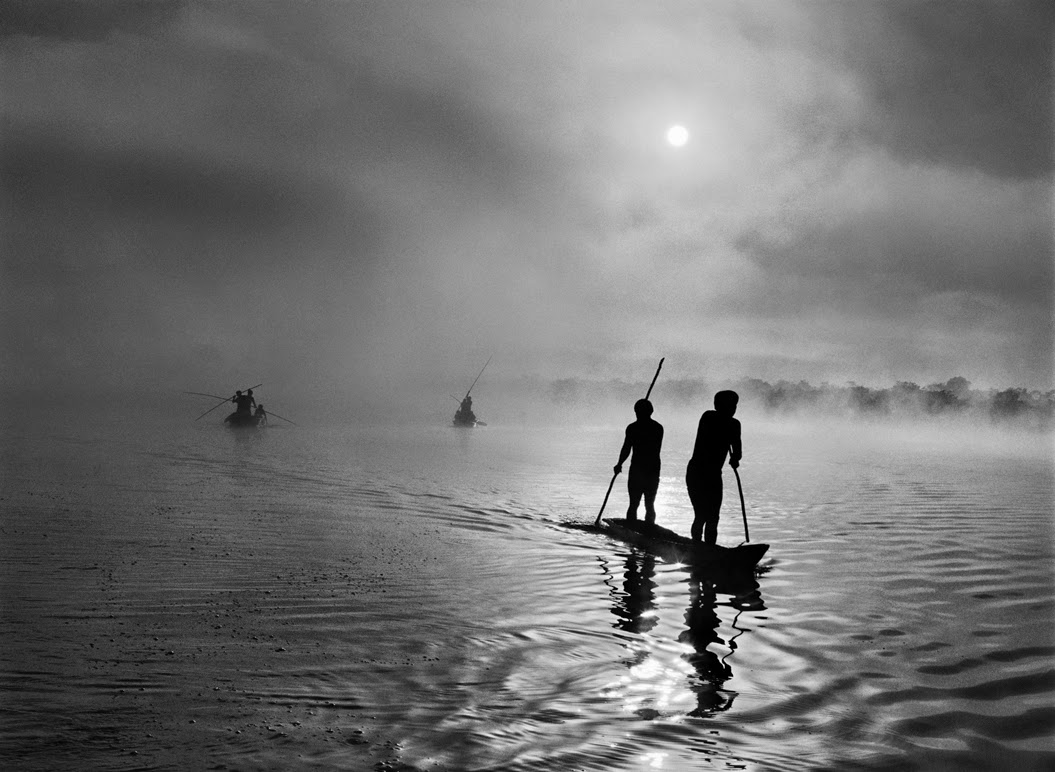 Sebastião Salgado, In the Upper Xingu region of Brazil’s Mato Grosso state, a group of Waura Indians fish in the Puilanga Lake near their village. The Upper Xingu Basin is home to an ethnically-diverse population, with the 2,500 inhabitants of 13 villages speaking languages with distinct Carib, Tupi and Arawak roots. While they occupy different territories and preserve their own cultural identities, they co-exist in peace. Brazil.  2005. © Sebastião Salgado/Amazonas images-Contact Press Images. 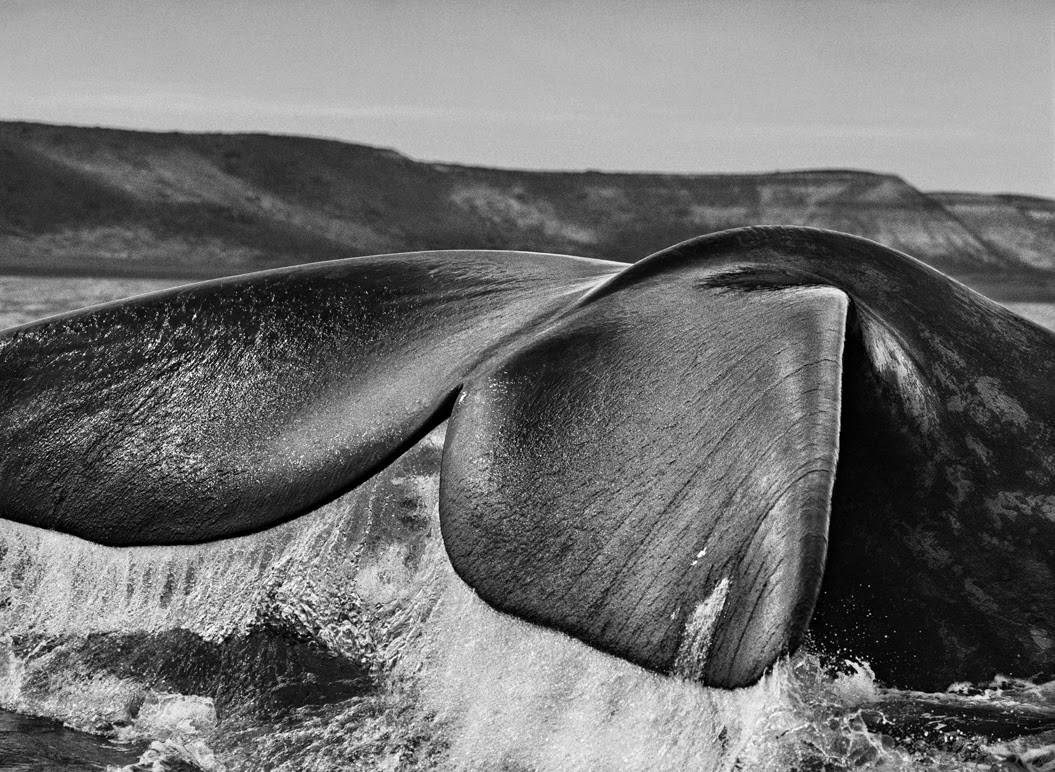 Sebastião Salgado, Southern Right whales, drawn to the Valdés Peninsula because of the shelter provided by its two gulfs, the Golfo San José and the Golfo Nuevo, often navigate with their tails upright in the water. When a tail stands immobile for tens of minutes, it is probable that the whale is completely vertical in the water in a kind of resting position; it has also been claimed that the whales use their tails as a sail, allowing the wind to do the work. After close observation, it is possible to predict when a whale will jump: a sudden and swift movement of the tail provides the burst of energy that enables the whale to project its massive body out of the water. Valdés Peninsula, Argentina.  2004. © Sebastião Salgado/Amazonas images-Contact Press Images. 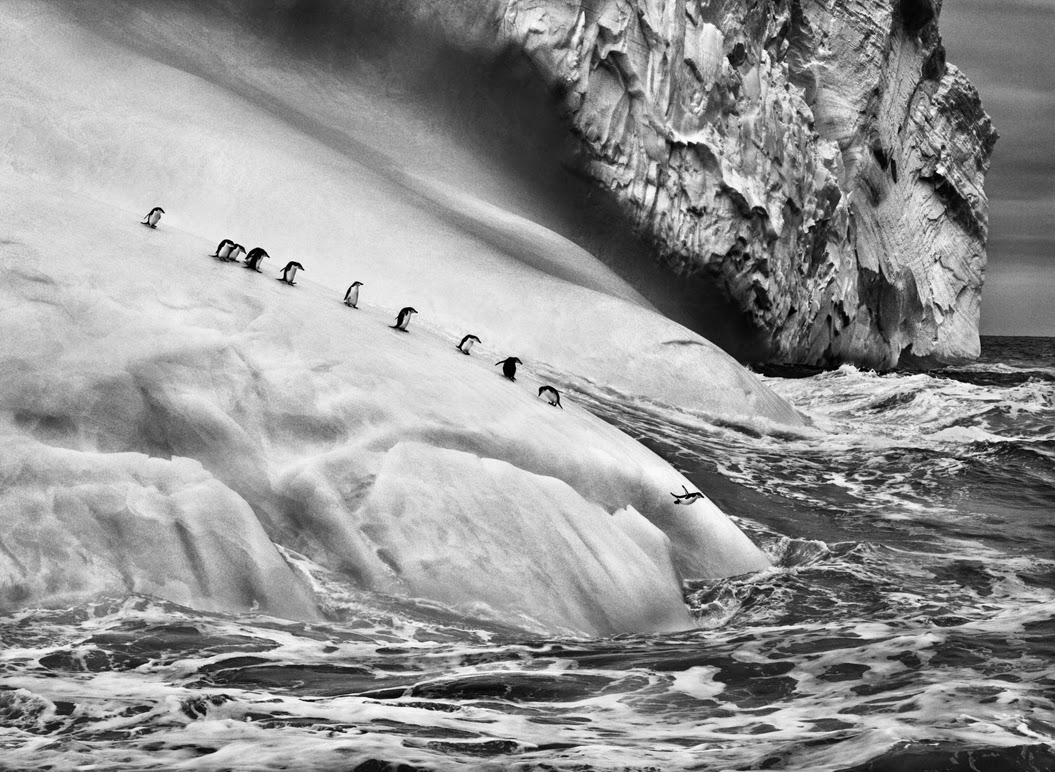 The images are stunning. Salgado’s style – high contrast black and white images with a seemingly endless depth of field at times – has resulted in tremendous pictures of human labor, joy and suffering for years. Genesis marks his first major effort applying his lens to animals (whales, leopards, penguins and many more) and landscapes, with tremendous results.

Taschen Books has published a huge book with the images.  This Collector’s Edition, designed and edited by Lélia Wanick Salgado, features exquisitely reproduced large-format images arranged not by theme or region but rather conceived as a portfolio that takes beholders on a journey around the globe, immersing them in Salgado’s vision of the Earth’s mesmerizing scale, order, and beauty.

The photographer:
Sebastião Salgado began his career as a professional photographer in Paris in 1973 and subsequently worked with the photo agencies Sygma, Gamma and Magnum Photos. In 1994 he and his wife Lélia created Amazonas images, which exclusively handle his work. Salgado’s photographic projects have been featured in many exhibitions as well as books, including Other Americas (1986), Sahel, L'Homme en détresse (1986), Workers (1993), Terra (1997), Migrations (2000), The Children (2000) and Africa (2007).

The editor and author:
Lélia Wanick Salgado studied architecture and urban planning in Paris. Her interest in photography started in 1970. In the 1980s she moved on to conceiving and designing photography books and organizing exhibitions, numerous of them on Sebastião Salgado. Since 1994 Lélia Wanick Salgado has been the director of Amazonas images.