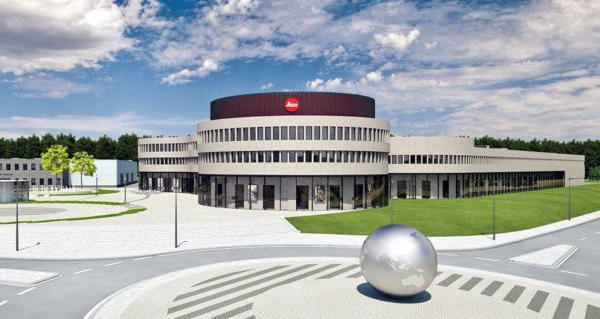 I reported several times in the past that Leica is the only major camera manufacturer that is able to point to sales gains, not just during the recent fiscal year where they gained a 12 percent increase, but also to several fiscal years prior to that.

In comparison, camera markets across the board are in a downturn.  This is further emphasized by the fact that Nikon is going to cut 1000 jobs in Japan.  These will be primarily in their semiconductor equipment and digital camera businesses.  In addition, Nikon has trimmed its full-year sales forecast for its high-end cameras for a second straight quarter, from 6.55 million to 6.20 million, and operating profits have dropped 41% to $222 million in the latest 6 month period.

But Nikon is certainly not the only company that is struggling.  Shipments of cameras with built-in lenses and camera with interchangeable lenses have dropped from a high of 121.5 million units in 2010, with the vast majority of the sales generated by cameras with built-in lenses, to a sales volume of 13 million units in 2016 (sales from January through July) with the sales almost evenly split. 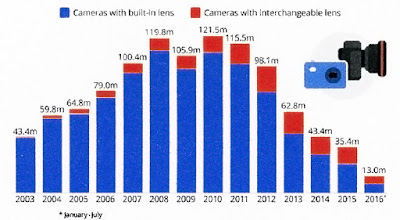 There is no doubt that these severe drops in sales was primarily caused by the success of cell phones or more specifically, cell phones with built-in cameras.  Better cameras, combined with better sensors and a wealth of new apps allow these camera to do a perfectly acceptable job for what they are intended to.

Nobody would choose such a camera to do professional photography especially if relatively big enlargements are needed, but for the typical memory photograph, or even prints up to 4x6 or 5x7 inch size, these cameras are perfectly acceptable.

It shows the farsightedness of Leica that they are the only major camera manufacturer that has actively involved itself in the cell phone business by joining forces with Huawei.  The dual lens technology developed for the Huawei P9 and its follow-up model has proven to be quite formidable in the cell phone industry.


But that was relatively recent.  The sales gains at Leica clearly show that their model policy is the main reason for their success.  Nobody will ever make the perfect camera, but with the various models offered by Leica, they do have something to offer for everyone interested in a superior camera with lenses, unsurpassed by anyone.