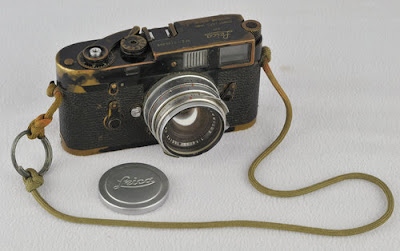 The story about Sean Flynn's Leica M2 garnered alot more interest than I expected.  This morning I received an email from Billy Beach, offering me the back story on how the camera was found.  It is an interesting addition to yesterday’s post about this camera. 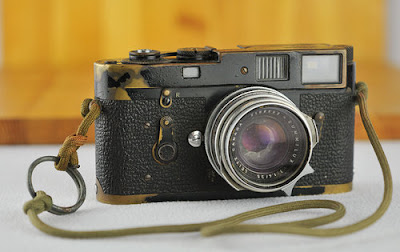 I'm flying at 483 miles per hour aboard a Delta commercial flight heading to Honolulu from Wilmington, NC. I've got another 3,569 miles to go. I'm reading Michael Herr's "Dispatches" on my google pixel and through my headphones, I'm listening to the "Clash" song "Sean Flynn." What's ironic is that Sean Flynn's camera is sitting in a heavily padded case, wrapped in an East Coast Film Lab t-shirt by my feet. How did I get here?

For those of you who don't know, Sean Flynn was one of a group of Gonzo (high risk) photojournalists during the Vietnam war. These photojournalists would go anywhere do anything to get the shot. They brought back some iconic images of the Vietnam War. Sean even parachuted with the 5th Special Forces Group and the 101st airborne. Flynn was also the only son of the Hollywood swashbuckler actor Errol Flynn. (Captain Blood, The Adventures of Robin Hood, The Charge of the Light Brigade, et al). Sean had a brief recording career and a short lived career as an actor before he found his niche as a war photographer for Paris Match, Time Life and finally United Press International.

On April 6th 1970 on highway one from Phnom Penh on the way to a press conference in Saigon, Sean and his friend Dana Stone (shooting for CBS news) opted to ride motorcycles to get some shots of the VietCong manning a checkpoint.   They were captured by communist guerilla's  en route. The last know still shot taken of them was right before they left and it was taken by Steve Bell, (who later hosted ABC's Good Morning America). Right before the checkpoint a French TV news crew interviewed Sean. 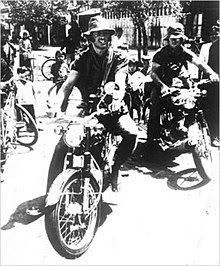 Last known still photo of Sean Flynn and Dana Stone
on the way to Saigon from Phnom Penh in Cambodia.
Photo by Steve Bell.

Last known still photo of Sean Flynn and Dana Stone on the way to Saigon from Phnom Penh in Cambodia. Photo by Steve Bell.
Sean was using his Nikon the day of his capture. His prized Leica M2 was left in his lodgings with his other gear. After his disappearance, John Steinbeck IV, (son of John Steinbeck the author), got hold of Sean's Leica and kept it to pass on to Sean's family. In 1972 Sean's sister Rory was modeling in London. John Steinbeck IV, brought the camera to her, fulfilling his obligation.

Rory kept the camera, hoping that Sean would be found. Sean's mother (the actress Lilli Damita) spent a small fortune, trying to find what happened to Sean, and Rory later helped finance an expedition to find the bodies of her brother and Dana Stone.  The camera stayed in Rory's safe for many years. 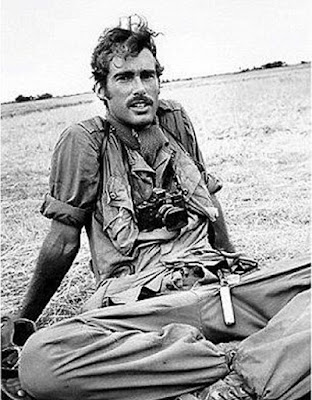 I've always been a fan of the actor Errol Flynn, and had read several books on him and his family over the years. Being a photographer I was quite familiar with Sean Flynn and the somewhat crazy photojournalists who photographed the Vietnam war. I knew he was missing and that his and Dana's disappearance was one of the great mysteries of the Vietnam War. While working part-time in the local camera store in Wilmington, NC, I looked over the shoulder of one of the employees while she was scanning some photos. I recognized Errol Flynn and asked who brought the images to the store. She replied "Some woman named Rory." Rory Flynn? Errol Flynn's daughter? She lives here? I had no idea. A few weeks later while working the store Rory came in. I struck up a conversation with her and over the next couple of years a tenuous friendship developed. She mentioned that she had Sean's camera and I asked to see it. Several months later she brought the camera to the store. A very beat up Leica M2 with a 35mm 1.4 sumilux lens. It had a grenade pin and some parachute cord for a strap. It was heavily brassed but in working order. My jaw fell open. Several months later Rory called me and stated that she realized that  Sean was never coming back and would I help her sell his camera.

I knew this was a historic camera but had no idea of it's value. I got together with my friend and business partner Chad, who is a bit of a genius when it comes to film cameras. We co-own East CoastFilm Lab. Our immediate thought was to put it on ebay, and see what an auction would bring. Again, we had no idea of the value and were nervous to have to ship the camera to someone we didn't know. We built a website (seanflynnscamera) with images and the story of the camera. Chad was a devoted follower of Bellamy Hunt the infamous Japan Camera Hunter. Bellamy specializes in rare, hard to find, historic cameras so we reached out to him. Bellamy seems know everyone in the film camera world and he immediately told us he was interested and would help find a buyer. Several months went by with a lot of give and take, but Bellamy found a buyer in Vietnam of all places. 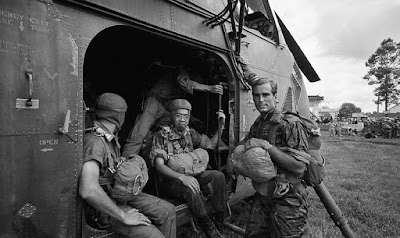 Getting ready to jump

Now the problem was getting the camera to Bellamy in Tokyo. We were very nervous about shipping such a historic camera and the insurance would have been through the roof. I started checking prices on flights to Tokyo. I used to live in Japan, so a trip to Tokyo would have been fun but I couldn't take much time off, so it would have been a very quick trip. I was getting ready to buy my ticket when Bellamy skyped Chad that he would be in Hawaii the following week. I also used to live in Hawaii and being it was December, a trip to Hawaii was shorter, less expensive and a better fit all around. I flew to Honolulu on a Monday, got settled in my hotel and went to meet Bellamy. I met him outside his hotel and handed over the camera. It was bittersweet. I had enjoyed having Sean's camera in my possession but Rory, Chad and I knew it was going to a collector who would treasure and take care of the camera. Going back to Vietnam after all these years was sort of prophetic and I feel we got the right owner. Bellamy will be telling the rest of the story on his website Japan Camera Hunter sometime in the near future. My next trip might be to Vietnam.