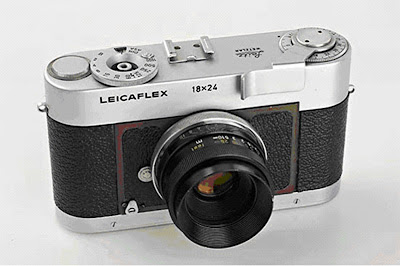 By Heinz Richter
At the beginning of the 1960s half frame cameras became quite popular.  They used one half of the standard 24 x 36mm full frame to take 18 x 24mm frames, thus doubling the number of pictures that could be taken on one roll of film.  Leitz/Leica had offered the half frame Leica 72, based on one of their previous screw mount cameras, but they were all surpassed with the introduction of the Leica M3.
It also became obvious that SLR cameras became ever more popular, which prompted Leitz/Leica to introduce the Leicaflex.  A very little known fact is that Leitz/Leica also developed a half frame Leicaflex, the Leicaflex 18 x 24 along with a specially designed 35mm Summicron f/2 lens.
The camera was of a rather unique design by Helmut Müller.  It proved to be different from all other Leicas at that time, featuring a rotating shutter, with mechanics similar to those of the Olympus Pen F camera.  This prototype, the only one ever completed, dates to 1962.  However, the project was stopped in 1967 because sales of half frame cameras had begun to slow down considerably.
The photographs in this article are of the only completely finished camera built by Willi Franke of Leitz/Leica over the 5 years of development of this camera. 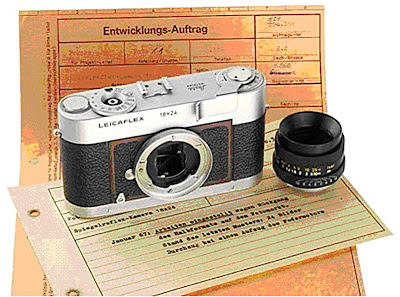 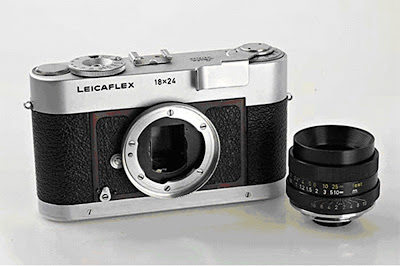 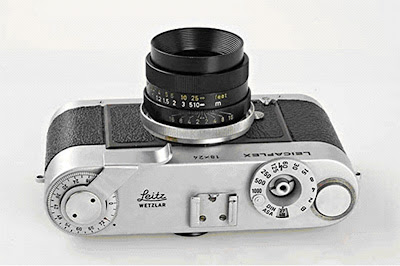 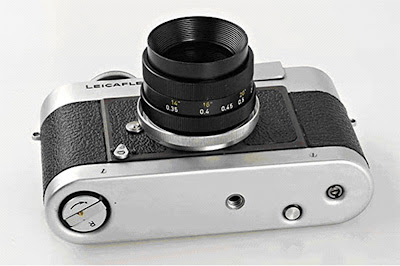 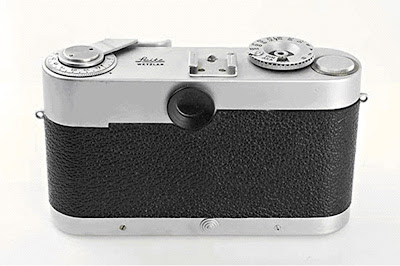 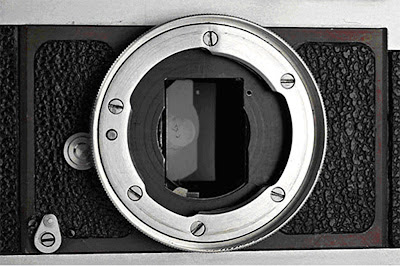 Posted by LEICA Barnack Berek Blog at 10:20 AM