With the advent of 8mm amateur movies, Leitz entered this market with a camera of their own.  The basic concept of the early Leicina cameras was steadily improved upon.  The initially fixed lenses were replaced by zoom lenses, separate light metering was replaced by through the lens metering, and electronics took over more and more of the functions of the camera.  Finally there was the Leicina Special, one of the most advanced Super 8 cameras of all time.  Incorporating many of the Leicina Super RT 1, it was Leitz’s final try to gain sales on the home movie market.  Unfortunately success was denied.  The less elaborate and less expensive competition won.

Unlike all other cameras before, the Leicina Special offered interchangeable lenses.  It was the only Super 8 camera on the market that did not utilize the relatively small C-mount.  Instead it made use of the much sturdier Leica M mount.  The lens to film plane distance was the same as in the Leica M cameras, meaning that all the Leica M lenses could be used on the camera as well.  In addition, there were adapters for Leica reflex lenses, Pentax/Praktica type screw mount lenses, Minolta bayonet lenses and the Ariflex type motion picture lenses.  All lenses offered through-the-lens exposure control via match needle operation.  The possibility of the accessory lenses offered astounding possibilities in the telephoto range.  Considering that the normal focal length of a Super 8 camera is approximately ¼ of that of a 35mm camera, this means that even a 50mm lens is already the equivalent of a 200mm lens on a 35mm camera.  Coupling the 800mm Telyt with the 2x extender would mean the equivalent of a 6,400mm f/12.6 lens in 35mm.  The possibilities are mind boggling. 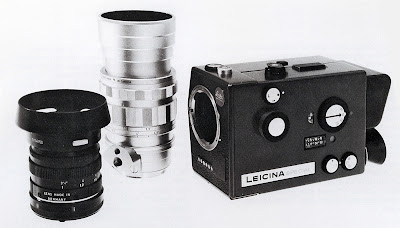 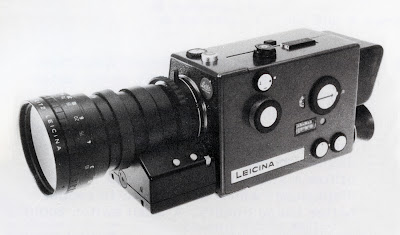 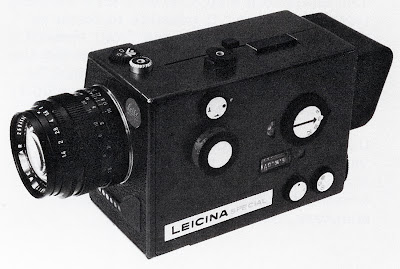 In the interest of time and space, I could only give a description of the features of the camera.  Hopefully, it helped to make the reader aware of what an incredible instrument this camera really was.  The convenience of use is unmatched by any other 8mm camera ever made.  The only improvement that I would have liked to see was a mirror type shutter, similar to the one used in Beaulieu cameras, in order to offer full light transmission to the film as well as the viewfinder.  The beam splitter in the Leicina, while mechanically more reliable, did present a light loss of  approximately 20% to the film, by splitting 10% of the light off to the light metering system and 10% to the viewfinder.  Other than that, the camera presented a truly professional approach to the Super 8 camera system.