A while ago I worked on a book about the people in Minnesota.  It turned out to be a very rewarding project during which I met a great variety of Minnesota citizens.  One of them was Jim Northrup, Anishinaabe, a Native American writer and poet.  He writes a syndicated column, Fond du Lac Follies, which is distributed in the The Circle, The Native American Press, and News From Indian Country. Fond du Lac Follies was named Best Column at the 1999 Native American Journalists Association convention. In 1990-1992, Jim worked as a roster artist for the COMPAS Writer in the Schools Program. He has been a Mentor in the Loft Inroads Program, a Judge for the Lake Superior Contemporary Writers Series and The Jerome Fellowship, and a Member of the Minnesota State Arts Board Prose Panel. Jim also has given radio commentaries on the Superior Radio Network, National Public Radio, Fresh Air Radio, and the BBC-Scotland.

Jim and his family live the traditional life of the Anishinaabe in northern Minnesota. Nonetheless, his traditional lifestyle does not deter him from participating in events like the Taos Film Festival and the Taos Poetry Circus.

I first met Jim at his home on the Fond du Lac reservation close to Duluth, Minnesota.  He had graciously agreed to be photographed.  But before we could start, he invited me into his home for some coffee.  That turned into a fascinating conversation of over two hours during which he told many stories and accounts of his life.  One story in particular sticks in my mind.

He explained the a few years ago he decided to live for a whole year just like his ancestors did.  That meant living in a tepee for the entire time.  The tepee was built with all traditional materials and was furnished accordingly, including an open fire pit in the middle.  He explained that Spring, Summer and Fall were of no great problem.  However, winters in northern Minnesota can be quite harsh.  So he decided to install a wooden floor in the tepee.  Apparently there was some public money available to help with the expenses.  He applied, only to run into an abundance of problems.  Tepees apparently were not on the list of eligible residences.  But Jim was not about to take “No” for an answer.  He finally succeeded in getting his “home improvement project” approved.  But then another problem arose. 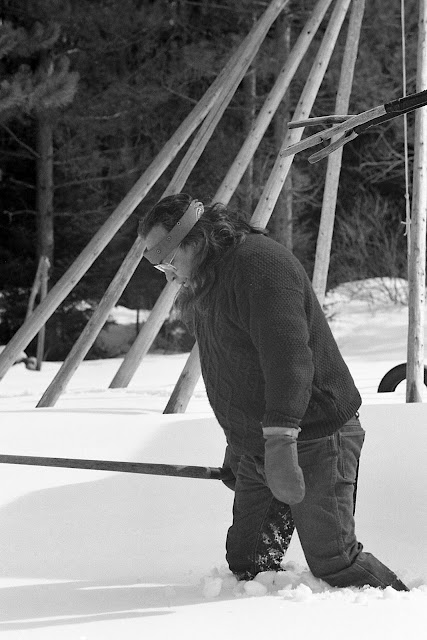 Jim with the frame of the tepee in the background
Leica M6, 135mm f/2.8 Elmarit-M

During his final meeting with the officials, he pleaded his case one more time and then asked the problem solving question.

“Do your regulations specify that the smoke detector has to have a battery in it?”

No matter how hard the bureaucrats searched, no such regulation existed.  Jim did get his wooden floor installed and was able to survive the northern Minnesota winter in his tepee in reasonable comfort.

Scroll down for some more of the photographs from the shoot.

For more information on Jim Northrup Anishinaabe go to: 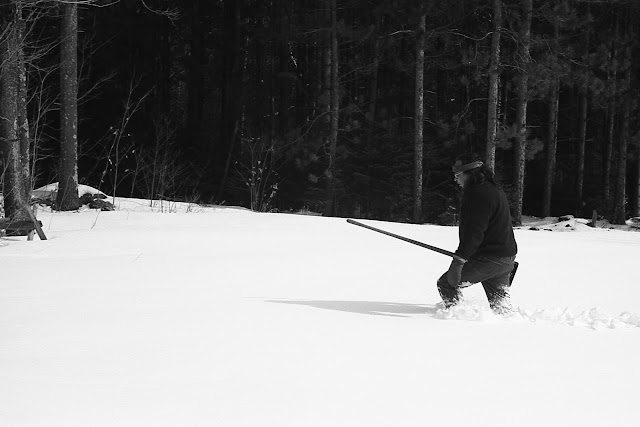 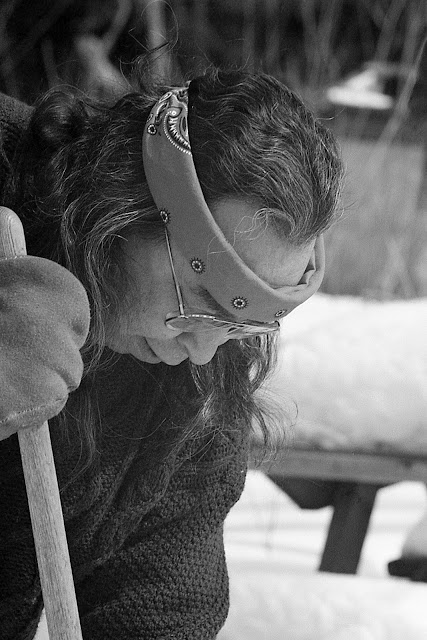 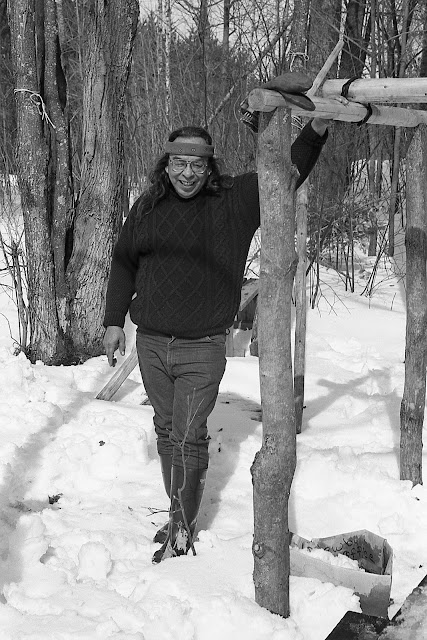 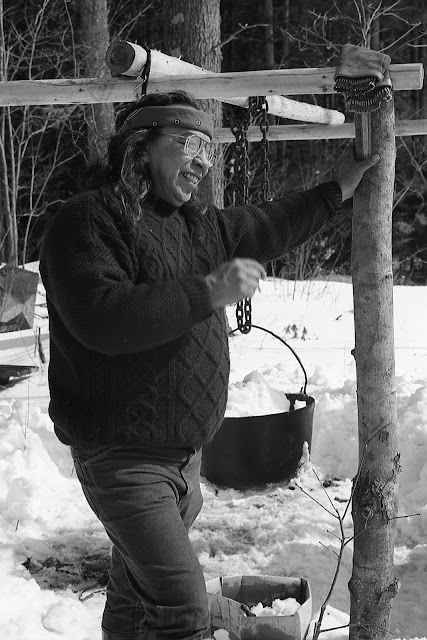 All photographs were taken on Agfapan APX 25 and developed with continuous agitation in Agfa Rodinal 1:100 for 15 minutes.﻿  The photographs shown are direct scans from the original negatives.  No photoshop enhancements were used.