I am waiting for all the rumors and guesses come to an end.  At the "Das Wesentliche" event, put on by Leica Camera AG in Berlin, several new products will be announced.  The event started at 6:45 CEST with a number of speeches. Then, at 7:30 it was time for dinner.  It is now 8:20 in Berlin and they are playing "Quando quando."  Appropriate, since everyone is wondering when we will finally find out about what the new items will be.  So far, the event has given a strong hint at the rumored Leica M9 Monochrome camera.  The majority of the images on the large screen behind the podium were in black and white.  Finally, at 8:50 the M9 Monochrome camera was introduced, followed by a newly designed 50mm f/2 Summicron.  That lens is said to set a new benchmark in imaging by pushing the boundaries of what is technically feasible.  The monochrome M camera is said to be 100% sharper than a comparable models with a color sensor.  In addition it offers sensitivity settings up to ISO 10,000 with no discernible noise. 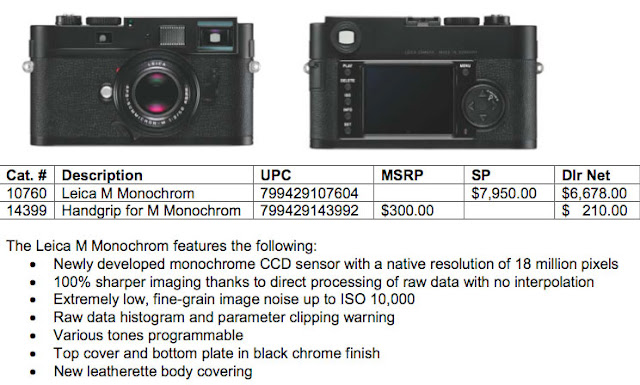 A special edition of the Leica M9-P "Edition Hermès" is also planned in two different sets with one or three lenses.  The camera will have "Veau Swift" calfskin leather in "ocre" instead if the usual black leatherette.

For the Leica S2, five central shutter lenses and a Hasselblad H adapter were introduced. 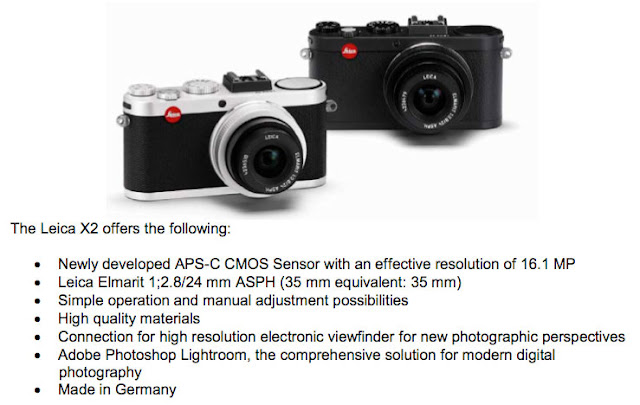 We reported about the new Leica headquarters in Wetzlar already.  A surprising announcement was that Leica is also moving to a new site in Portugal in October.

All in all a successful event.  This being a Photokina year, and having seen these new products already now, one can only wonder what Leica has in store for us at Photokina, the largest photo show on the planet.  The rumors are already in full swing, talking about a new Leica M10, a new mirrorless camera capable of taking the old Leica R lenses as well as a new line of lenses of its own, even an S3 is being talked about.  Time will tell.