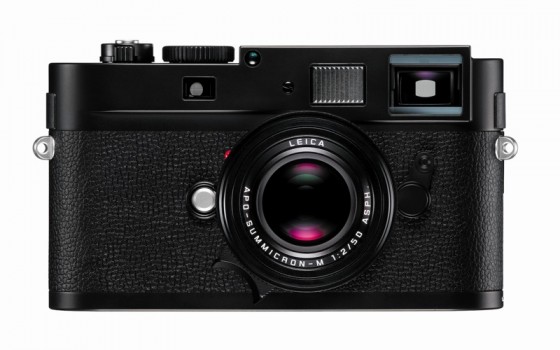 Now that the Leica M Monochrom has been on the market for a while, it is interesting to see what is being said about the camera, its performance and its future.

“What you will definitely see is we’re working on our lens line,” noting that the new Summicron-M 50mm F2 is part of “an architecture” for Leica that photographers will see more of. “There will definitely be some improvements (to our products) and this (lens architecture) is in the pipeline.”

Eric Kim posts a great review of the M Monochrom for street photography. His thoughts:

If you still haven’t plunged on a Leica M9, are interested in doing so, yet only shoot black-and-white — I would highly recommend getting the M Monochrom. The black-and-white performance is unparalleled to anything digital I have ever shot with, in terms of dynamic range, tonality, and high ISO performance (compared to M9).

Why? In my personal experience, 90% or more of Leica M9 shooters shoot in black-and-white anyways, so they might as well try to get the best damn black and white camera you can afford (…)

Also I honestly doubt that if you are just shooting street photography and uploading black-and-white images to the web, nobody will be able to tell the difference between what camera you shot it with. You could only tell the difference if you blow up the images 100%, but honestly how often do you do that? So be happy with the camera you already have right now!

But at the end of the day if you have the money, love black-and-white, want spectacular performance at high ISOs and the best dynamic range in a digital camera, the Leica M Monochrom is for you.

Black-and-white photography is more popular than ever before. Even today, it has lost none of its fascination as an expressive medium, not even for younger generations of photographers. For the first time ever, we are offering an opportunity to consistently and authentically explore black-and-white photography with the M Monochrom, a tool that is unique in the digital world. The camera’s exclusively black-and-white sensor brings an enormous technical benefit that is reflected in the amazing imaging quality it delivers.

Light Squared, shedding some light on something that black-and-white film photographers take forgranted.   Here’s the intro:

If you’ve seen the test shots from the Leica Monocrom, you can see that this camera shoots digital that looks more and more like film. It has grain instead of noise. The idea of a black and white only digital camera, to me, is a great thing if I can get shots that are the best things I like about film, with the advantages of digital.

Focus Numérique has a comparison between the Leica M6 with Tri-X film and the Leica Monochrom. Google translation’s verdict:

For fans of black-and-wwhite and rangefinder, the Monochrom has all you can dream of: it’s compact, well-finished, precise, silent...the sharpness is excellent (no more low-pass filter or Bayer) and noise management flawless up to ISO 3,200.

I’m going to conclude by saying that the M Monochrom is not the camera for everybody. It’s not easy to see luminance only; if you can’t, you’re honestly going to get better results by shooting a color camera and then mastering the conversion process afterwards (to be the subject of a future article). However, with practice, some amazing things are possible with the MM – the image quality potential of this camera is incredibly high indeed. I’ve never seen pixel acuity at this level before – even Foveon cameras tend to have some degradation due to the multi-layer design of the sensor.

Bellamy Hunt aka JapanCameraHunter got his hands on a “delightful M9-M” at the Tokyo event held for the Japanese market. He says:

I am honestly floored by this camera. I have tried out a lot of digital cameras, and none of them have really made me feel that they were in any way close to film, but this one gave me a feeling that it could be. OK, so there is no winder, and it makes that funny shutter noise that I cannot stand, but this is the first digital camera that I have ever actually really desired. I feel that it is the first camera that has stepped into the recreation of the film feeling. I think this camera shows a coming of age for digital sensors and is going to really change the landscape.

Steve Huff got his one hour with the M Monochrom. He’s not only excited about the many gorgeous tones of this new classic’s images in his hands, he’s also strangely attracted to the camera despite the price tag:

Black-and-white has a way of tugging at your soul, your heart, your brain. It’s simple. It’s basic. It’s real. No, it’s not real as in what we see with our eyes but for some reason when I view classic black-and-white images I can see deeper into the image. It has more emotion and soul. I love black-and-white. The problem has always been that traditional digital cameras usually sucked with Monochrome imaging. Sure we can use plug ins like Silver Efex Pro or Alien Skin but imagine a simple camera we could have that just allowed us to be pure. To be mono. Yep, this new Leica allows us to do that and gives us superb IQ, great sharpness, and the ability to capture that real emotion that so many of us love to see (…)

So after my one hour with this lovely camera I asked myself, ”Would I sell my M9-P to buy an Monochrom?” Well, I wouldn’t want to… but yes I would. Because after viewing my sample images I do see a difference between this output and what comes out of an M9 with conversions.  Damn Leica, you always have a way to get to my heart and soul, and I feel that the Leica Monochrom will eventually become a classic due to its simplicity, design, feel, use and beautiful output.

I have to say that my wife was not overjoyed that our trip to China was going to be recorded in black-and-white, but I think she’s reconciled having seen the results (…) Quite simply, it’s a revelation. Quite a new experience — even at 10,000 ISO the small amount of grain is lovely, and reminiscent of fine grained film rather than digital. Of course, digital images never really look like film, but the files from Henri have a very un-processed look about them, which is presumably the result of not having been parsed through a demosaicing program.

High ISO is what most of us have been wanting on an M — well, here it is! I think the toning and contrast are wonderful, and the amount of grain is irrelevant unless you are going to shoot billboard sized prints. The ability to keep the shutter speed safely high when shooting those fleeting moments is really useful, and I found I got a lot of keepers where I would really have been struggling with my M9-P

The Phoblographer respects Leica for “continuing its legacy of a true photographers camera,” even though you won’t shoot like Henri Cartier-Bresson:

They aren’t worried about the naysayers or the mass market who can only dream of affording one. Even with the pressure of Sony, Fuji and Olympus making great cameras that are considered “Leica Killers” they keep doing what they do best.

I love black-and-white and how it looks and I do see myself purchasing a camera made for that soul purpose.  I think you are going to hate the idea of the M Monochrom if you are someone who has never held a Leica. I know a lot of photographers but few have the heart that I have for the art of street photography.

In forums online people are talking about how to emulate black-and-white film using this and that slider in lightroom but they are missing the point. Those photos in my opinion are lacking soul. The camera is either for you or it’s not. The black-and-white camera isn’t simply a camera, it’s a way of thinking and shooting.

For more information on the Leica M Monochrom go to:

MONOCHROME SENSOR - WHAT IS THE DIFFERENCE
http://gmpphoto.blogspot.com/2012/05/lot-has-been-said-about-new-leica-m.html


Posted by LEICA Barnack Berek Blog at 9:57 AM