Regular readers of the LEICA Barnack Berek blog are aware that for each April 1 we have posted a spoof about new developments in the Leica world.  Yes, yesterday’s article about the new Leica TP was one of them.

In 2014 we reported about a new Leica model, the Leica M-AF, an autofocus version of the Leica M.  The idea presented was an autofocus mechanism as part of the camera.  The idea was that it would offer autofocus with any Leica M lens and other lenses, like the Leica R lenses with an adapter. 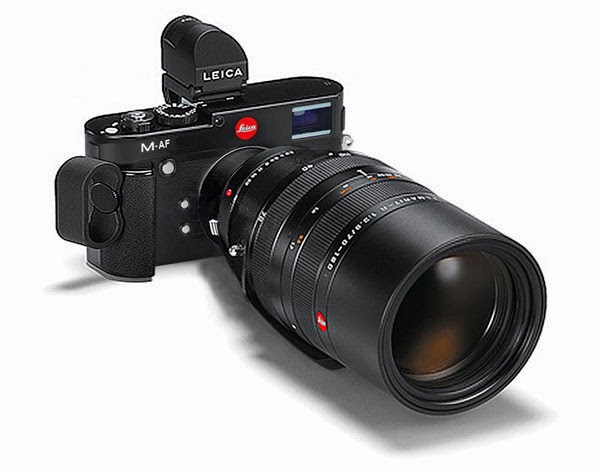 The idea appeared to be quite feasible and many readers allowed themselves to be taken in by the idea, not realizing the April 1 date of the article.  I am not saying that the idea presented in the article was the impetus for something like  this to turn into reality, but just a short while ago we were presented with an autofocus system for Leica M lenses that utilizes that very principle.

PetaPixel reported: The Guangzhou, China-based company Techart officially unveiled the Techart PRO AF adapter, the world’s first autofocus adapter for manual focus lenses.  The adapter actually lets you autofocus with lenses that don’t have that ability.  This adapter is for mounting Leica M-mount lenses on Sony E-mount cameras. Using the electronic contacts and phase-detection focusing system of the Sony camera, the adapter moves the lens closer and farther from the sensor plane by extending and retracting. By changing this distance by a maximum of 4.5mm, the adapter can automatically focus the lens.

In addition to using Leica M lenses, photographers can also use adapters to connect lenses from other mounts, like Leica R lenses, to also use the autofocus functionality. The adapter supports both single and continuous autofocus modes, and it can also be used to reduce the minimum focusing distance of lenses.

Unfortunately, the Techart design does not offer the possibility to be made for use on the Leica M cameras since these do not have any electronics which would support the autofocus system.  However, I see the distinct possibility for this adapter to be made available for the Leica T and the Leica SL cameras.  At that time, the April fools joke from 2014 would become reality for Leica cameras other than the Leica M.

For more information on the Techart adapter go here.
For the complete article about the Leica M-AF go here.