The work on Leitz Park III is progressing quite nicely.  It is steadily moving toward completion at the end of 2017.  The 50 million euro project will consist of four buildings.  One building will be a four-star plus hotel called "Ernst-Leitz-Hotel" with 120 beds, another will be "Leica World" which will contain a museum, the archive, the Leica Academy and a Leica outlet store, a third will contain a lecture hall for the Technical University of Central Hesse (THM) and finally, the new HQ of CW Sonderoptic will make up the fourth building

With special thanks to Herr Roland Elbert, who sent a series of pictures taken from the top of the Leica headquarters across the street from the construction site, we are able to show the progress that has been made so far. 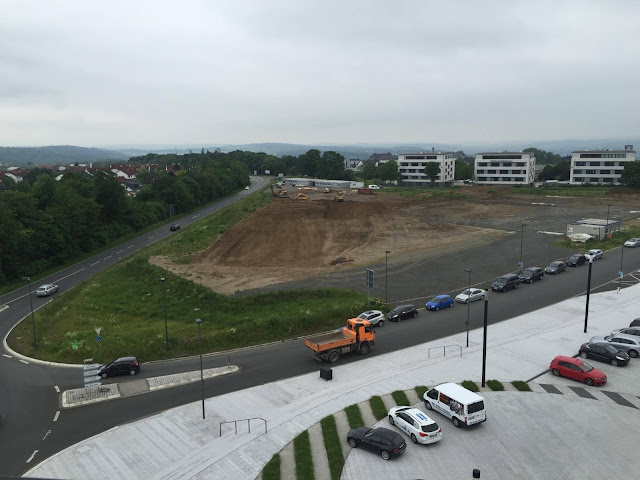 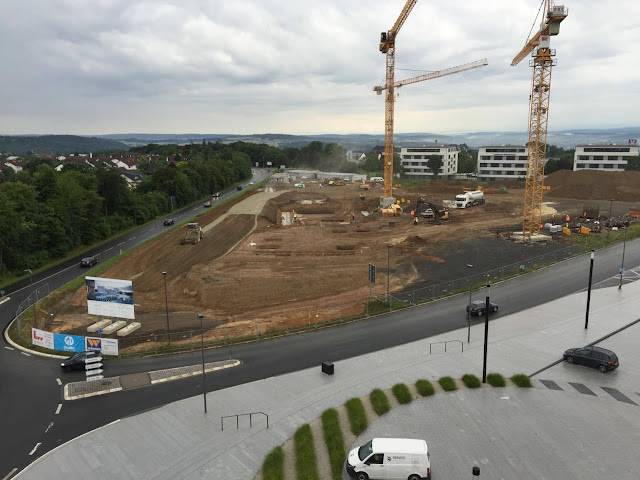 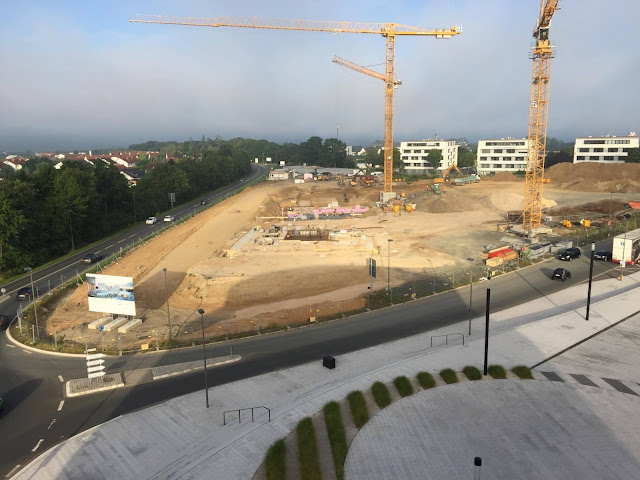 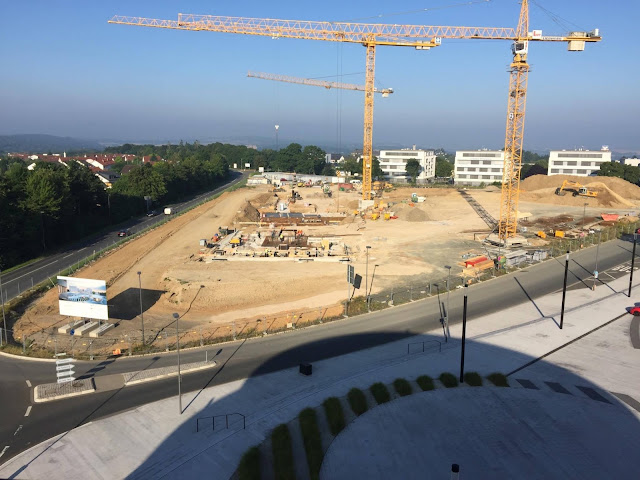 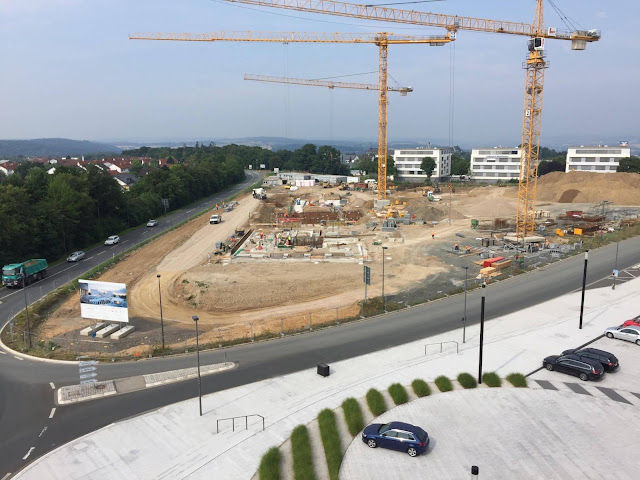 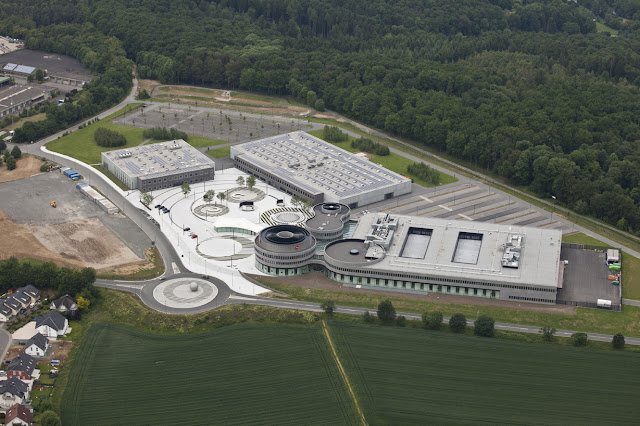 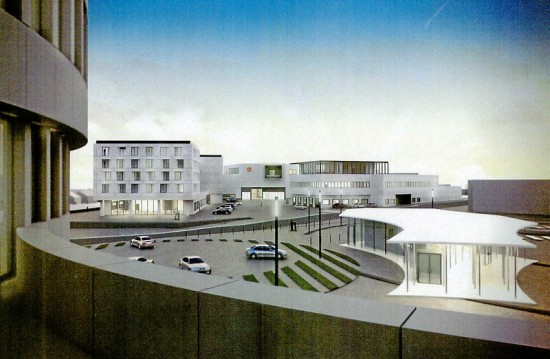