APRIL 26, THE 175th BIRTHDAY OF LEICA FOUNDER ERNST LEITZ I 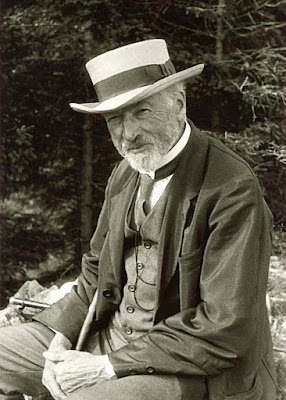 Pioneer of the optical industry in Germany

What would have happened to Wetzlar without Ernst Leitz I? Actually, the same question could be asked regarding the further development of microscopy and photography.

It was Ernst Leitz I who made significant decisions in favor of Wetzlar.  He and his  employees initiated important technical advances in the construction of microscopes as well as the invention of new methods for the construction of high quality optical devices for all areas of the natural sciences.

The industrial enterprise he created before the First World War provided the basis for the creation of the Leica, which revolutionized photography. The services of Ernst Leitz deserve great praise for the worldwide appreciation of the German optical industry.

Ernst Leitz was born on April 26, 1843 in Sulzburg in the southern state of Baden. He was the third of four children of the school teacher Ernst August Leitz and his wife Christina, daughter of a master baker there

Already as a student Ernst Leitz got an insight into the workshop of his future teacher Christian Oechsle , who was a friend of his father.  In Oechsle's " Werkstätte physikalischer und chemischer Instrumente und Apparate und Maschinen “ (Workshop of Physical and Chemical Instruments and Apparatuses and Machines) the so-called Wein Waage (wine scale) in the form of an immersion spindle for measuring Oechsle grades (must weight) and a gold alloy balance, which are still in use today, were invented. Christian Oechsle also produced optics, including polarization optics.

In 1858, only 15-year-old, Ernst Leitz succeeded in his desire to become a mechanic although his strict father would rather have seen him study theology because for mechanics and opticians there was no established market.

Education opportunities at vocational schools were still in their infancy, which prompted aspiring new entrants to become journeymen in order to learn their chosen profession.

The excellent education Ernst Leitz received at Oechsle enabled him in 1863 to move to Switzerland after a short employment in Ulm. From Vevey on Lake Geneva, where he first visited his older sister, he traveled to Zurich. There he worked for a short time at a watch manufacturer.  He then continued his education in Geneva. 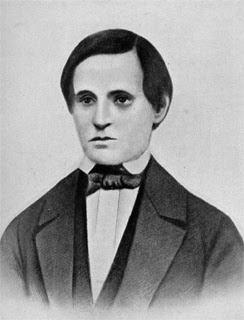 Carl Kellner,
founder of the Optical Institute in Wetzlar,
which later was to become the company of
Ernst Leitz Wetzlar

Ernst Leitz left Geneva to work for some time in France.  On his way there, he encountered journeyman Karl Junker from Gießen, who initially had worked in the optical institute of Friedrich Belthle, Carl Kellner's successor, in Wetzlar.  He later worked in the mechanical and electro technical factory of Mathias Hipp in Neuchâtel, Switzerland.

Junker told him of the workshop in Wetzlar and its excellent optical foundation, created by the much too early deceased founder Carl Kellner and the successor Friedrich Belthle.  Junker realized that Ernst Leitz I had what it takes to succeed there and he convinced him to turn back.

On New Year's Day 1864 Leitz came to Wetzlar.  Wetzlar was a quiet town with about 5000 inhabitants, where nothing much happened.  In the surrounding area, 80 percent of the population lived from low-yielding agriculture and 6.2 percent were employed in mining.

At that time, Wetzlar hardly had any commercially trained population. These conditions were not easy to overcome for anyone who had to run a technical manufacturing facility there.

Nevertheless, the Wetzlar "Optical Institute" with its 10 to 12 employees, which produced astronomical refractors, telescopic telescopes and microscopes, was recognized early on in international scientific circles. In addition to Germans, English, Swiss, Dutch and Italians were customers.

Carl Kellner was just 29 years old when he founded the “Optical Institute in 1849.  Since the early death of Kellner in 1855, the company survived on its reputation.  His successor Belthle's debts were piling up. The decision of Leitz to stay in Wetzlar can only be explained by him recognizing the company’s potential.

In the workshops of Carl Kellner he introduced the series production of microscopes.

Starting in January 1864, a new spirit prevailed in the workshop.  So far the 10 to 12 employees produced only between 100 and 150 microscopes annually. That was soon to change.

Ernst Leitz had become acquainted with the serial production of instruments when he worked at Hipp. He immediately recognized the drawbacks of the traditional one-off production of microscopes at Belthle.  He divided the various work processes involved in the creation of the instruments into individual assemblies.  That resulted in the individual parts being much more efficiently produced.  The final assembly was faster and was also cheaper.  The resulting lower prices and shorter delivery times gave Leitz a considerable advantage over the competition.

In September 1864 the 39th assembly of German naturalists and doctors took place in Giessen. Belthle commissioned his only 21-year-old journeyman to exhibit and demonstrate the microscopes of the Wetzlar workshop on the occasion of this important scientific conference. The teacher Philipp Reis had also announced an experimental lecture with the telephone he had invented.

At the Physical Institute of the University of Gießen, where the lecture by Reis was to take place, Leitz presented the Kellner-type microscopes.   It was here that the two met for the first time.

Leitz, who was well acquainted with electricity and electromagnetism because of his work at Hipp in Neuchâtel, took great interest in Reis's construction, which was plagued by considerable shortcomings. Witnesses reported that Leitz had built a nearly new device in the Institute's workshop. 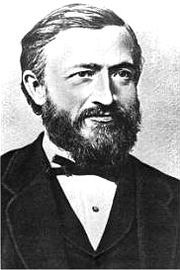 Reis Telephone, made with the help of Ernst Leitz I

The renewed demonstration of the telephone was a complete success with the help of Ernst Leitz.  It took place on 21 September 1864.
(Please note that Alexander graham Bell did not show his telephone until 1876, 12 years after Reis, yet he is generally credited with the invention of the telephone.)

A year later Ernst Leitz I became partner of Friedrich Belthle. The workshop’s success continued.  The 1000th microscope left the shop in 1867. When Behltle died suddenly in 1869, Ernst Leitz became the sole proprietor of the company.  For a while kept the name Wetzlar Optical Institute, but in 1870 the company introduced an achromatic microscope in a catalog that bore for the first time the name “Ernst Leitz Company” which was later changed to "Ernst Leitz Wetzlar ".

The business flourished. This positive development was accompanied by the groundbreaking discoveries in bacteriology, virology and cytology, which were not possible without a microscope.

Work became more complex as a variety of new instruments was added to the line, such as a large horizontal photographic apparatus (a novel item in the still young field of photography) which appeared in the price list in 1865.  Leitz experienced considerable competitive pressure from Jena, where Ernst Abbe at Carl Zeiss had discovered the foundation for modern optics.   Skill and experience alone were no longer sufficient, so in 1887 Leitz hired mathematician Carl Metz to develop new designs.  This departure from the trial and error methods, prevalent in optical design at the time, soon assured Leitz’ leadership in the field. 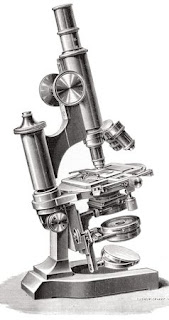 1887 saw the completion and sale of the 10,000th microscope.  Much credit must be given to Ernst Leitz for turning a once small company in the space of a few years into an internationally renowned microscope manufacturing plant, employing some 4000 people, almost 35 times the original payroll.

Leitz developed into the world's largest manufacturer of optical instruments, thanks to the focus on the efficient production of low-cost microscopes. This ended with the outbreak of the First World War. 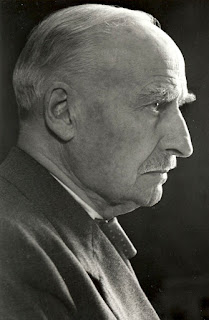 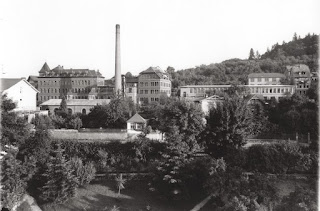 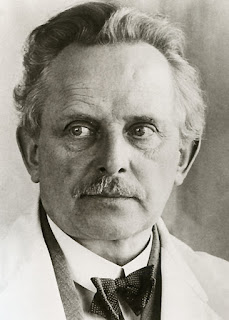 Several significant outsiders, who brought revolutionary ideas for products and operations into the business, were hired. On top of that list were the names Max Berek, Oskar Barnack and August Bauer. 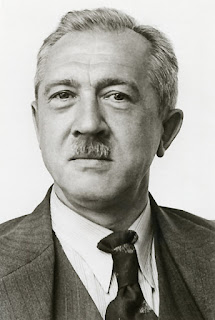 Oskar Barnack revolutionized photography with his construction of a small camera, the Ur-Leica which evolved into a totally new camera system, consisting not only of cameras and lenses, but also of darkroom devices and slide projectors for the small Leica format. The negative in the format of 24 x 36 mm brought great advantages and replaced photography with larger format cameras to quite an extend. 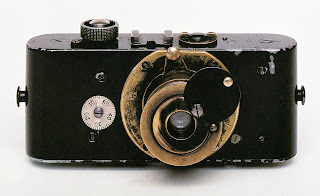 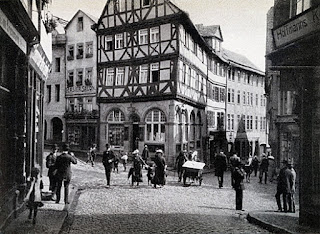 Max Berek created the first Leica lenses that were unsurpassed in their quality. Without them, the novel camera would never have prevailed. Berek also designed polarization microscopy with new research methods and inventions.  Leitz polarization microscopes for mineralogy and geology, but also for other applications, became role models for the competition.

August Bauer was a universal genius at the establishment of functional manufacturing processes. Even with the introduction of new production facilities, such as a foundry and a branch office for projection equipment, Bauer showed extraordinary expertise. 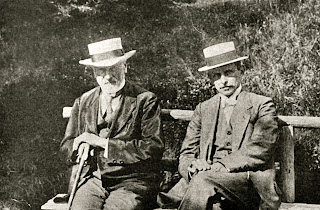 In the summer of 1920, Ernst Leitz I, who had since been named honorary citizen of Wetzlar and honorary doctor of the medical faculty of the Philipps University in Marburg, traveled to Switzerland to the places where he worked as a traveling journeyman, accompanied by his grandnephew Henri Dumur.

On July 10, Ernst Leitz I died completely unexpected of heart failure at the age of 77.

For more on the UR-Leica, which revolutionized photography like no other camera before or after, go here.
For more on Oskar Barnack and the development of the Leica go here.