LEICA COLLECTION FROM THE US ACQUIRED BY LEICA CAMERA AG

The Leica Camera AG headquarters in Wetzlar offers a multitude of reasons for a visit.  Especially for those interested in the history of the Leica a visit of the new Leica Museum is definitely worth considering.  In recent years the Leica Museum appeared to be neglected.  I toured the Leica Museum for the first time in the early 1970s when it was still at the old headquarters in Wetzlar, where the new city hall is located now.  In comparison, the exhibition of museum pieces at the Solms facility was quite sparse, to say the least.  Thus it is exciting to see the renewed emphasis on the history of the Leica at Leitz Park in Wetzlar.  As a matter of fact, Leica has been quite busy buying collectible pieces of Leica equipment on a regular basis. 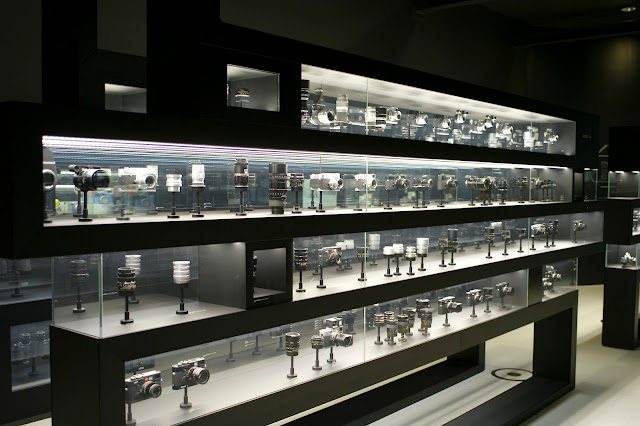 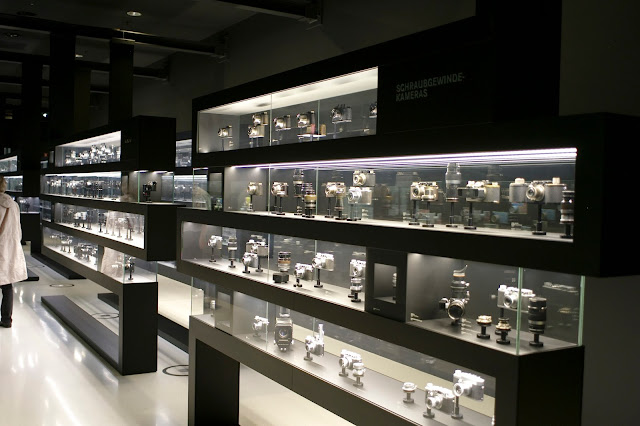 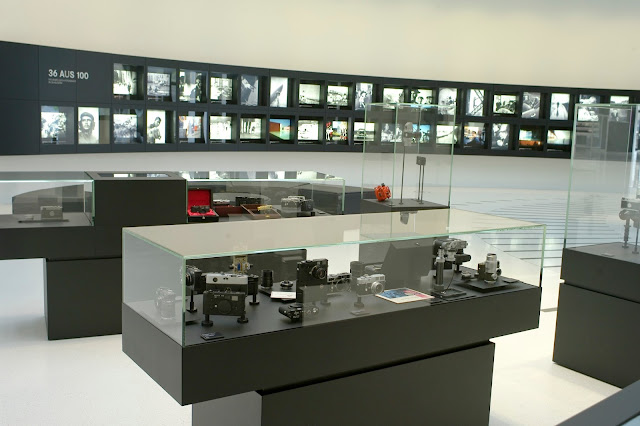 Part of the new Leica Museum 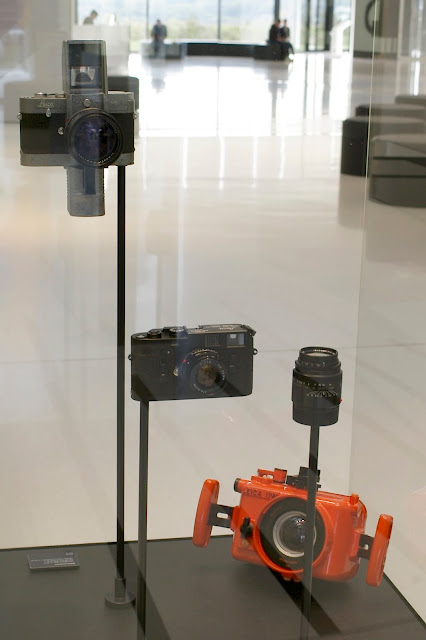 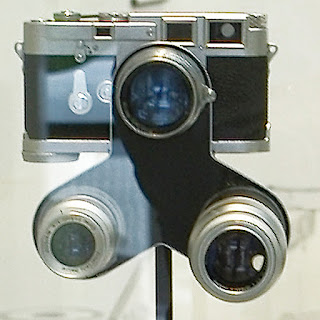 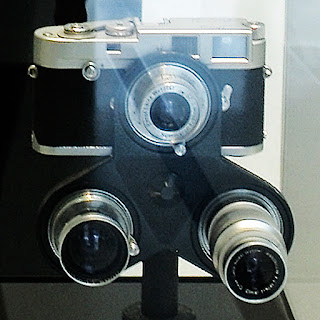 Two versions of the Leica Turret

But not all of the collectable Leica pieces are on display.  There is paradise for Leica fans, if only it could be visited, a room with many feet of shelves full of cameras and accessories.   In October 2014, right in the middle, still not unpacked, were several boxes with all sorts of treasures.  Stored there was the collection of an American Leica collector from Rochester, New York.

Earlier that year, Holger Daberkow, himself a Leica enthusiast and photographer, was asked to bring the extensive collection to Wetzlar.  Daberkow spent six days in the basement of the house in Rochester.  About 1600 objects, from screw mount cameras to current models, had to be cataloged and packaged. In April 2014, four air cargo containers went on the trip to Germany.  Four months later Daberkow and specialist Lars Netopil unpacked all the items.

Holger Daberkow (left) and Lars Netopil in the storage area of the Leica museum (Foto: Heiland)

Nobody speaks about the value of the collection, especially since the American collector was not so much interested in the money; rather he wanted his collection, which he gathered over the span of 50 years, come home and that all the items stay together.

Portions of this collection can now be admired at the Leica Museum in the foyer of Leica Camera AG. The camera collection has grown substantially, thanks to this major collection from the US.  Netopil can draw from a huge number of items.  There are, for example, prototypes and experimental models, versions of military cameras, and examples of Leicas owned by famous people, such as President Eisenhower and Queen Elizabeth. 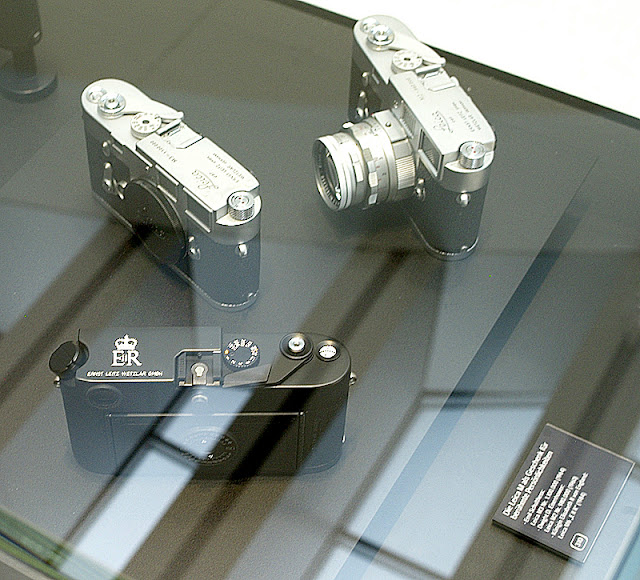 The storage room includes one object which does look somewhat strange among these special cameras. And yet it is not unimportant because it is a plaster model of a Leica M that the Braunfels designer and sculptor Heinrich Janke made in 1953.

Plaster model of a Leica M, made by Heinrich Janke in 1953 (Foto: Heiland)

Meanwhile the collector in Rochester is a bit sad now that his basement is empty.  I feel fortunate to have met him on several occasions and that at times he has been actively involved with articles and infortmation on this blog.  I have learned a lot about Leica and its history, from him.  I am not surprised at all that he saw to it that his collection made it back to Leica.  But he kept some miscellaneous items, no cameras, but accessories and promotional material from over six decades. Perhaps all this will come home sometime in the future as well.