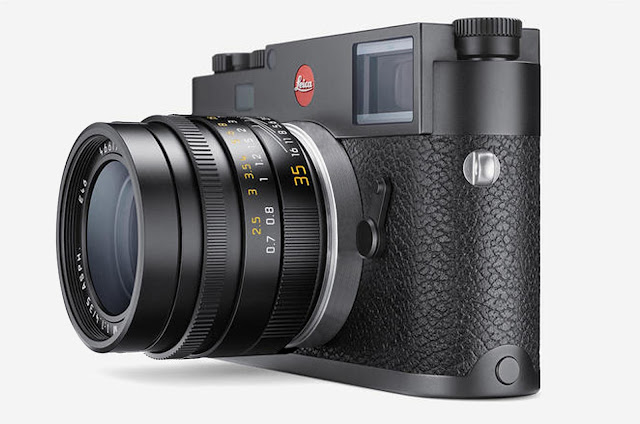 Today, April 1, Leica introduced a totally unexpected new addition to the Leica M line of cameras, the Leica MC.  This could definitely be looked upon as a case similar to “if you can’t beat them, join them.”  Leica had set themselves apart from the competition by entering a joint venture with Huawei to design the cameras in some of the Huawei cell phones.  This new camera is the latest result of that cooperation.

At first glance the camera looks like a Leica M10, and it is indeed based on that camera.  However, upon closer inspection, several differences become apparent.  The most obvious one is a much larger screen in back of the camera.  However, that is not all.  The main new feature, and what sets this camera apart from the M10, is that the larger viewing screen in back of the camera is also a complete mobile phone. 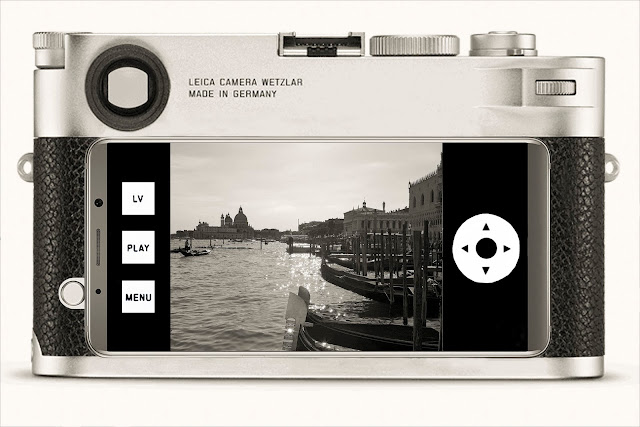 The back of the Leica MC with the phone installed

This appears to be based on a current Huawei P10 but it most likely will incorporate the new Huawei P20 when it hits the market.  Almost the entire back of the camera is taken up by the mobile phone and it is removable.

When installed on the camera, the screen of the phone functions as the viewing screen of the Leica with a proportional image in the center.  The right and left side of the screen displays some of the camera functions, made to simulate the various push buttons in back of the Leica M10, with LV, Play and Menu buttons on the left and the multi-function button on the right.  In addition, there is an extra button to the left of the screen which is the release to remove the phone.  The screen will also display all additional functions like focus peaking, screen image enlargement for easier focusing etc.

Images are stored on SD cards, just like with the Leica M10.  However, the storage functions of the phone are maintained and can be used for additional image storage.

When released, the phone functions just like the Huawei P 10 or P20 phone.  It maintains the lenses for the camera and all other functions.  Installed, it will connect via electronic contacts to the rest of the camera to take the place of the viewing screen.

Removing the phone will leave an indentation in the back of the camera.  Some users might find this unsightly and less comfortable to use.  In that case one can install a cover plate which is delivered along with the camera. 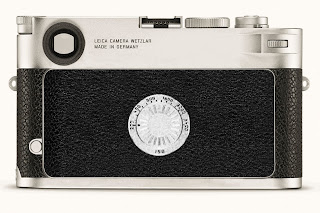 Leica took great care to incorporate the phone without any greatly noticeable increase in size.  However, this was not entirely possible.  The relative thickness of the phone necessitated for the camera sensor to be moved slightly forward.  This in turn caused a change to the lens mount which protrudes a little bit further out from the camera to maintain the proper lens mount to sensor measurements.

The camera remains fully functional with the phone removed.  However, then the camera becomes very similar to the Leica M-D by having no screen at all.  The only difference is that all variable functions have to be preset before the phone is removed. 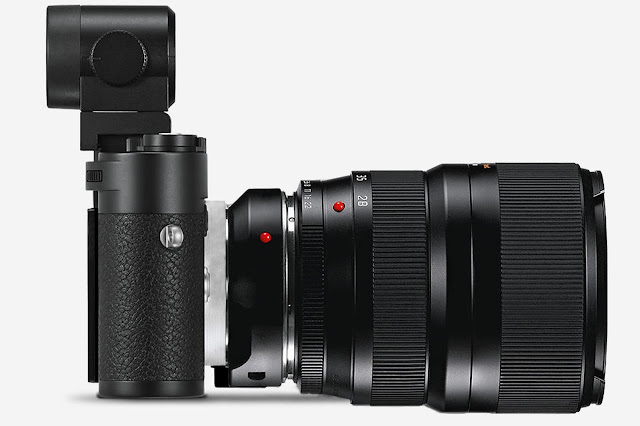 Leica chose this route rather than having the phone/screen stick out further from the back which would have made the use of the camera less comfortable.  Close inspection shows that the back of the phone sticks out just a small amount further than the screen of the Leica M10, but this is insignificant. 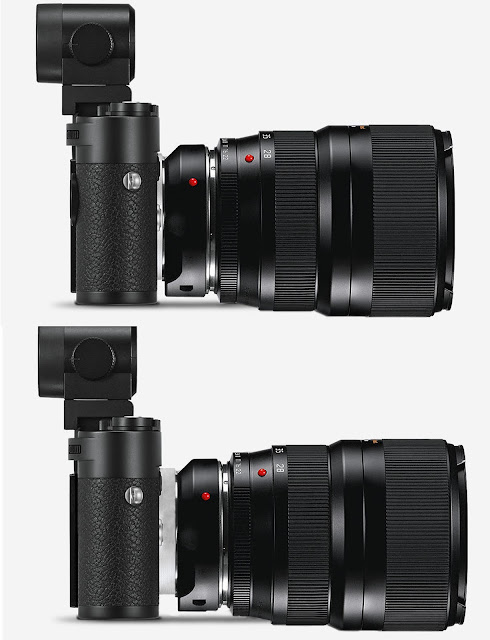 This Leica is the first camera that allows the serious photographer to carry just his camera, however when necessary, to use a cell phone without having to carry two separate instruments.  Cellphones have made considerable inroads into the field of photography.  The new Huawei P20 feature three lenses, an 8MP telephoto, a 20MP black and white camera and the main RGB camera with a 40MP sensor with the addition of a fourth lens for a 24 MP front camera for selfies.

For more on the Huawei P 20 go here and here

While most of the competition is still struggling to make their DSLR cameras a thing of the past and to introduce pro quality mirrorless designs, Leica has made the additional step to combine the two main competitors of today’s camera market, high end cell phones and professional quality mirrorless, interchangeable lens cameras.

This brings up the question: will Leica offer a similar variant of the Leica SL in the future?

Posted by LEICA Barnack Berek Blog at 6:12 AM