THE CHILDREN OF OSKAR BARNACK


Every once in a while we are surprised by some unexpected news regarding Leica and its history.  Most Leica aficionados are familiar with Oscar Barnack.  After all, he is the father of the Leica and 35mm photography as we know it.  Few, however, are aware that there are two other Barnacks with a connection to the Leica, Oskar Barnack’s children Conrad and Hana.

I have been looking at the Blog and wondered if you would be interested in this picture taken by my father in 1947, the man on the left is Conrad Barnack, son of Oskar.
My dad met Conrad as a British Army POW in WW2. Conrad was a prison orderly and taught my dad to speak German. They remained friends and after the war got together frequently. He gave dad a Leica and he shot one roll of Kodachrome but preferred his Rolleiflex so he gave it back to Conrad!  I still have that roll of Kodachrome
which is in great condition after nearly 70 years. I am a photographer myself and always feel a connection with this part of the medium’s history, which I thought I would share with you. 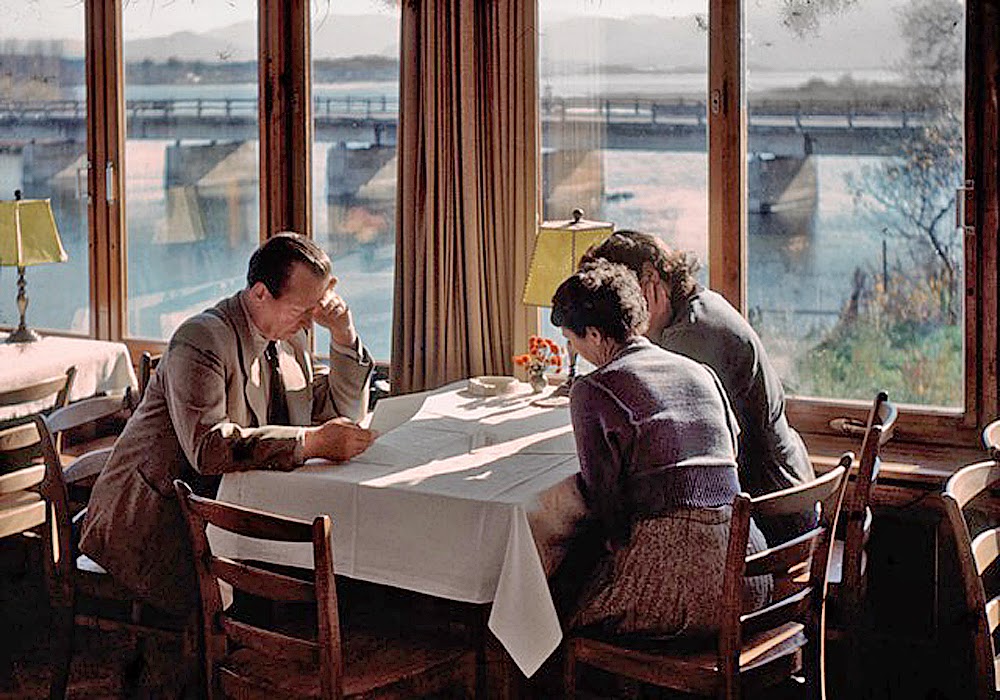 That made me think of the fact that I had never seen a picture of Conrad Barnack, and I decided to look a bit further into this.  An internet search revealed a few more things.  Oscar Barnack had two children, Johanna, born in 1906, and Conrad, born in 1908.  Searching further I found one more photograph, published by liveauctioneers (www.liveauctioneers.com).  It shows Conrad Barnack together with his sister Johanna.  They commented the following about this picture:

Barnack was particularly fond of Hanna’s blond locks; many photographs show her alone, several together with Conrad. There are only a few images of Conrad alone. A comparison with later pictures of the two indicates that these were taken in the summer of 1914. Conrad had started going to school, which is when boys began to wear sailor shirts. The gaze of the shy child is already mixed by the saucy expression of a future rascal. The children knew to keep still when their father was taking a photograph – this was true of the Ur-Leica too, as the film was not very sensitive. This is apparent from the shadows, which are not very differentiated. This is a very early image taken with an Ur-Leica.

Unfortunately their site does not show any other pictures of Barnack’s children at all, and neither do any other.  But through the efforts of Chris Dorley-Brown and liveauctioneers (www.liveauctioneers.com) who gave us permission to use these pictures of Conrad and Johanna, we are able to learn a little bit more about his descendants.

Posted by LEICA Barnack Berek Blog at 10:15 AM