THE GLOBE AT LEITZ PARK IN WETZLAR 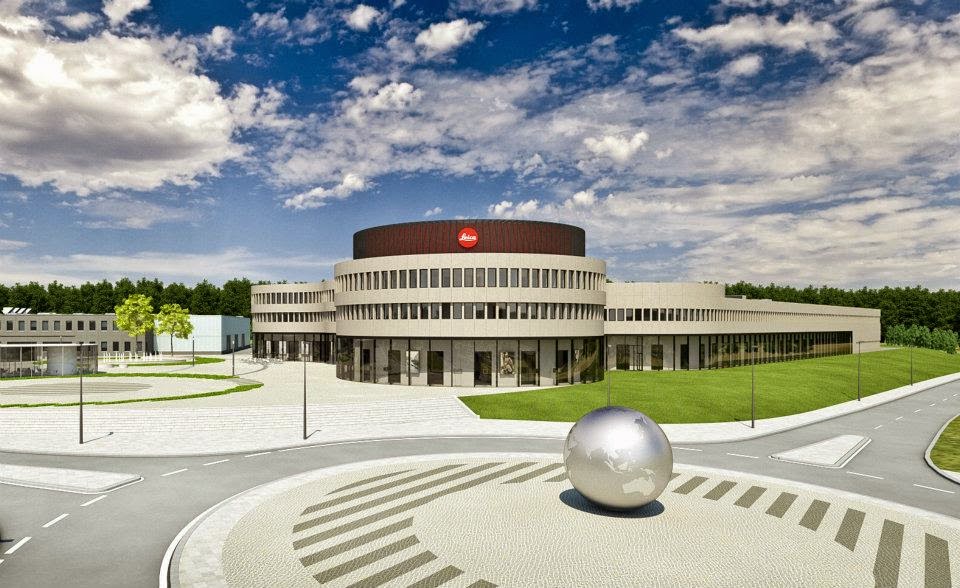 Driving from Wetzlar to the new Leica headquarters at Leitz Park, you first arrive at a large roundabout with a huge globe off center.  It was a present to the city of Wetzlar from the Leitz Park corporation and Andreas Kaufmann, chairman of the board of Leica Camera AG.

The globe and roundabout came at a price of half a million euros.  It has a weight of four metric tons and a diameter of 16.5 feet.  The globe is covered with over 1000 circular plates of different diameters, outlining the various continents.  In Europe, at the position of Germany or more precisely, Wetzlar, a red plate marks the home of Leica. 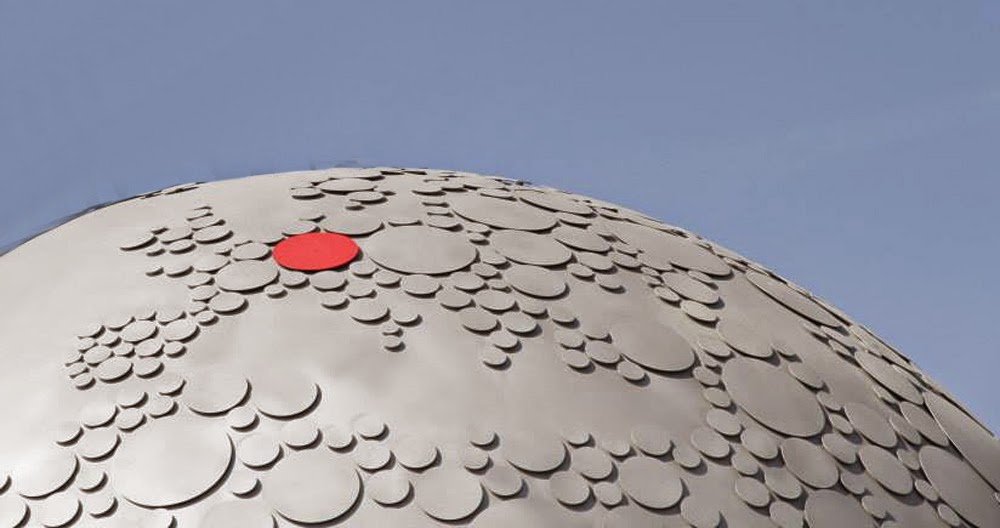 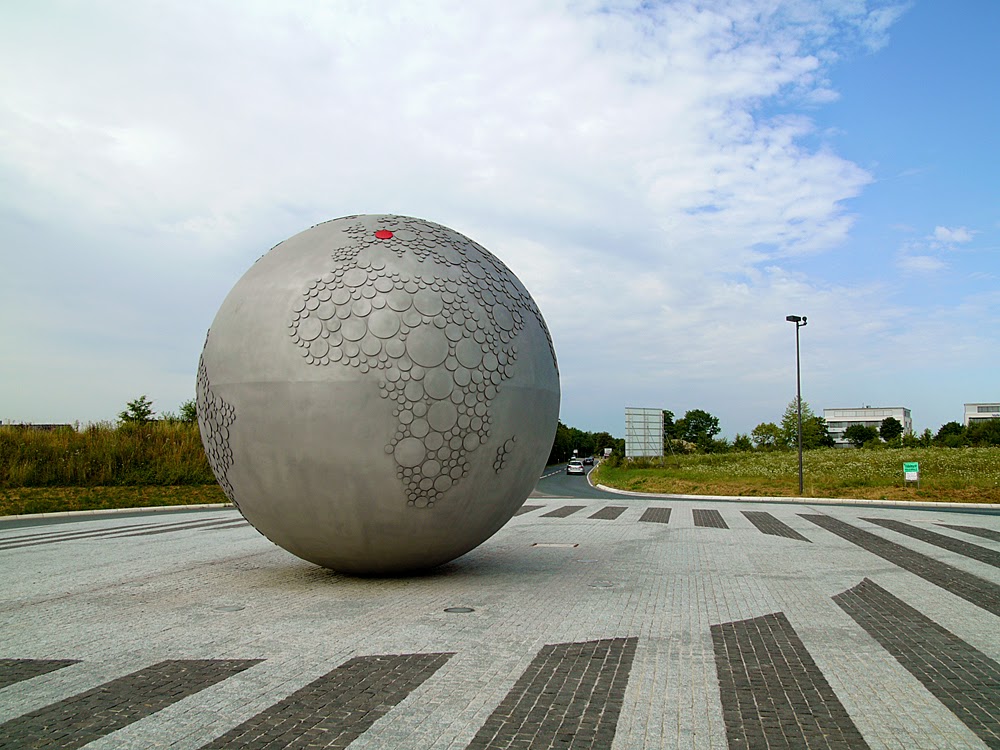 The view of the globe when arriving from the east

The design came largely from Karin Rehn-Kaufmann and it was implemented by the Frankfurt-based landscape architecture company Wewer.  The globe was built in Ludwigshafen by the firm of Kunstwerk Maudach.  The inside is hollow.  It was built along the same principles as the hulls of ships.  It arrived at Leitz Park in two halves which were welded together along the equator.

Even motorists were part of the considerations for the design of the globe.  It is sandblasted to a matte finish to prevent reflections of the sun that might blind the driver.

By now the globe has become another landmark besides the amazing architecture of the new Leica headquarters at Leitz Park in Wetzlar, which is once again the Mecca of all Leica enthusiasts. 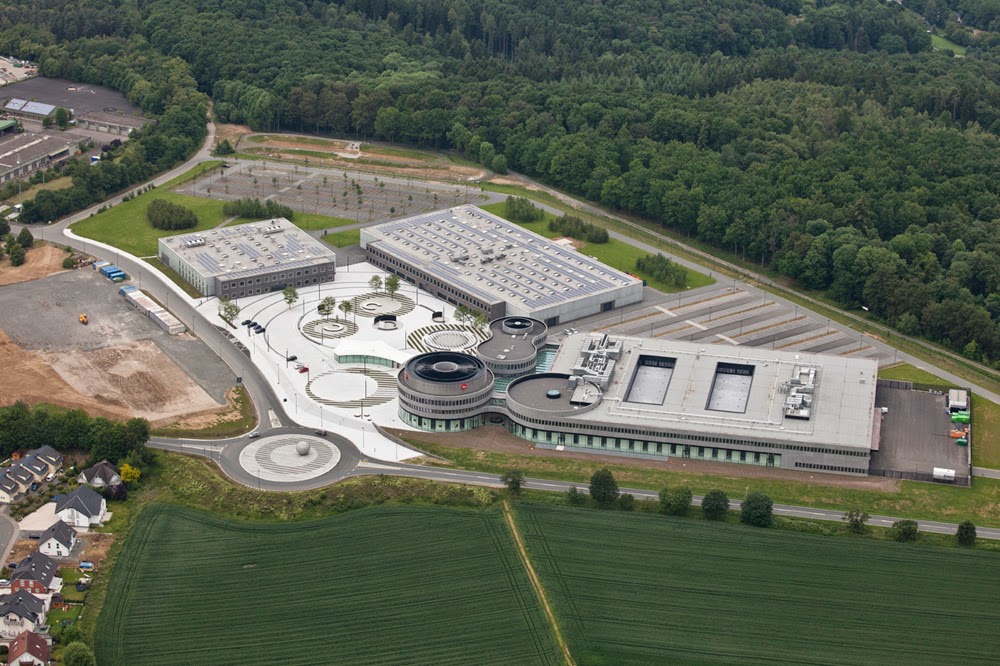 Areal view of Leitz Park with the globe in front