THE CAMERAS THAT PAVED MY WAY AS A PROFESSIONAL PHOTOGRAPHER 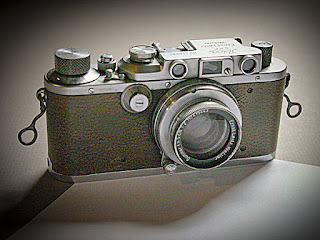 I often get asked what kind of camera or cameras I am using.  That made me think of all the cameras that helped me pave my way to become a professional photographer.

As I have often mentioned, my career as a photographer started when my dad gave me a Leica for my 5th birthday.  That Leica III with 50mm f/2 Summar is still one of my prized possessions and it will remain so.  Eventually I (my dad, really) added a 135mm f/4.5 Steinheil Culminar and I was happily burning film. 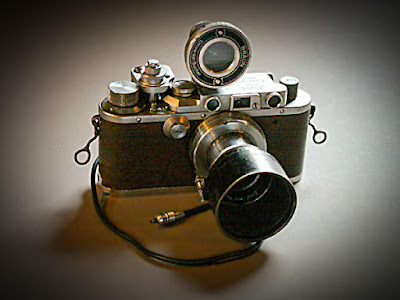 In 1969 I moved to Minneapolis and immediately found work in a camera store, Jay’s Cameras.  The fact that I was using a Leica definitely didn’t hurt in my job search.  The magic of the Leica name did its job.

Working among all the newest and the latest camera equipment made me soon realize that the good old Leica III was getting a bit old, that some replacement was in order.  That happened in form of a Zeiss Contarex, the so called Cyclops model, equipped with a 50mm f/2 Planar.  The camera was big and heavy, but it was also extremely well made.  I liked it a lot.  The only reason I sold it was due to the fact that Zeiss discontinued the Contarex.  Probably the most elaborate use of a Zeiss Contarex, the later model Contarex Electronic, was the first camera ever to be used in outer space.  Not inside the spacecraft, but on the first American space walk with Ed White. 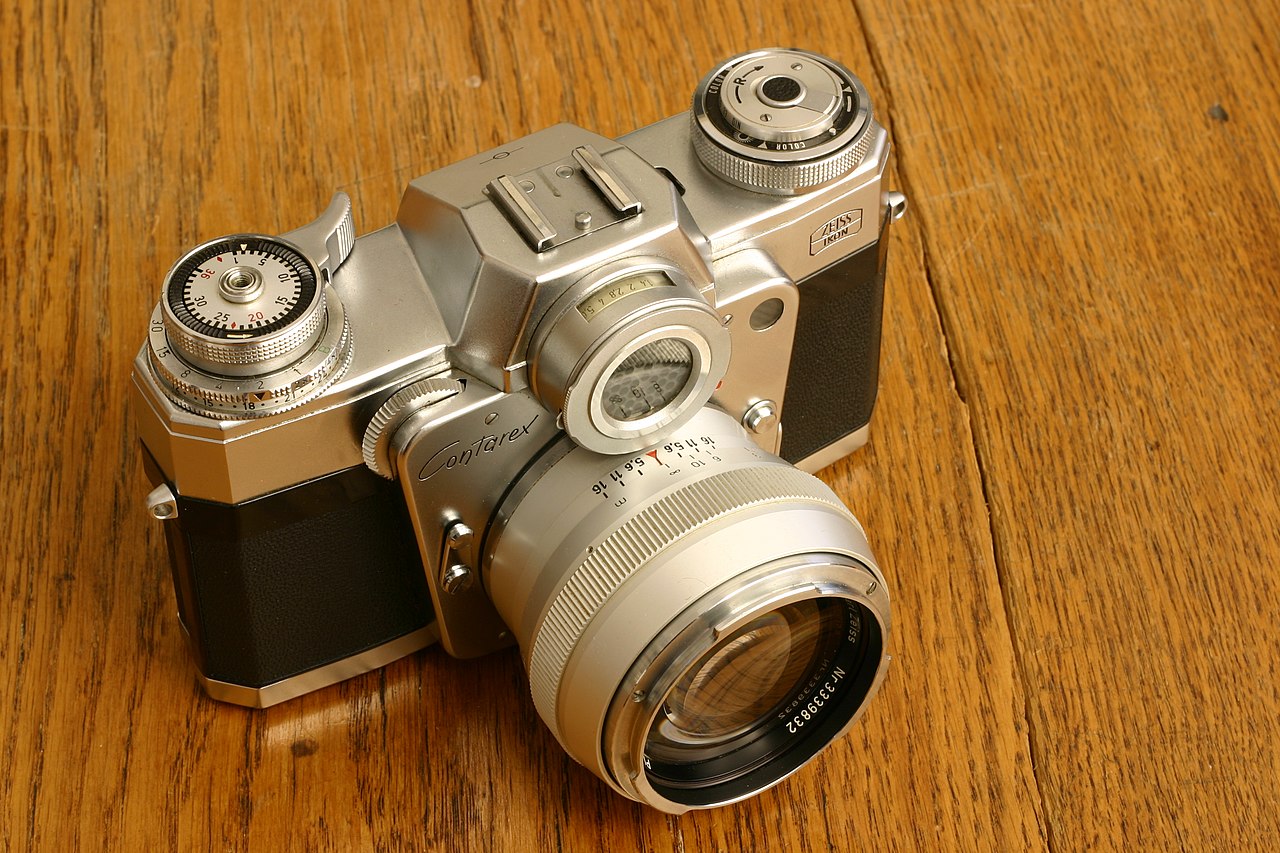 It was time to get back into Leica equipment, initially with a Leica R3 and a few lenses which were replaced as soon as the R4 became available. 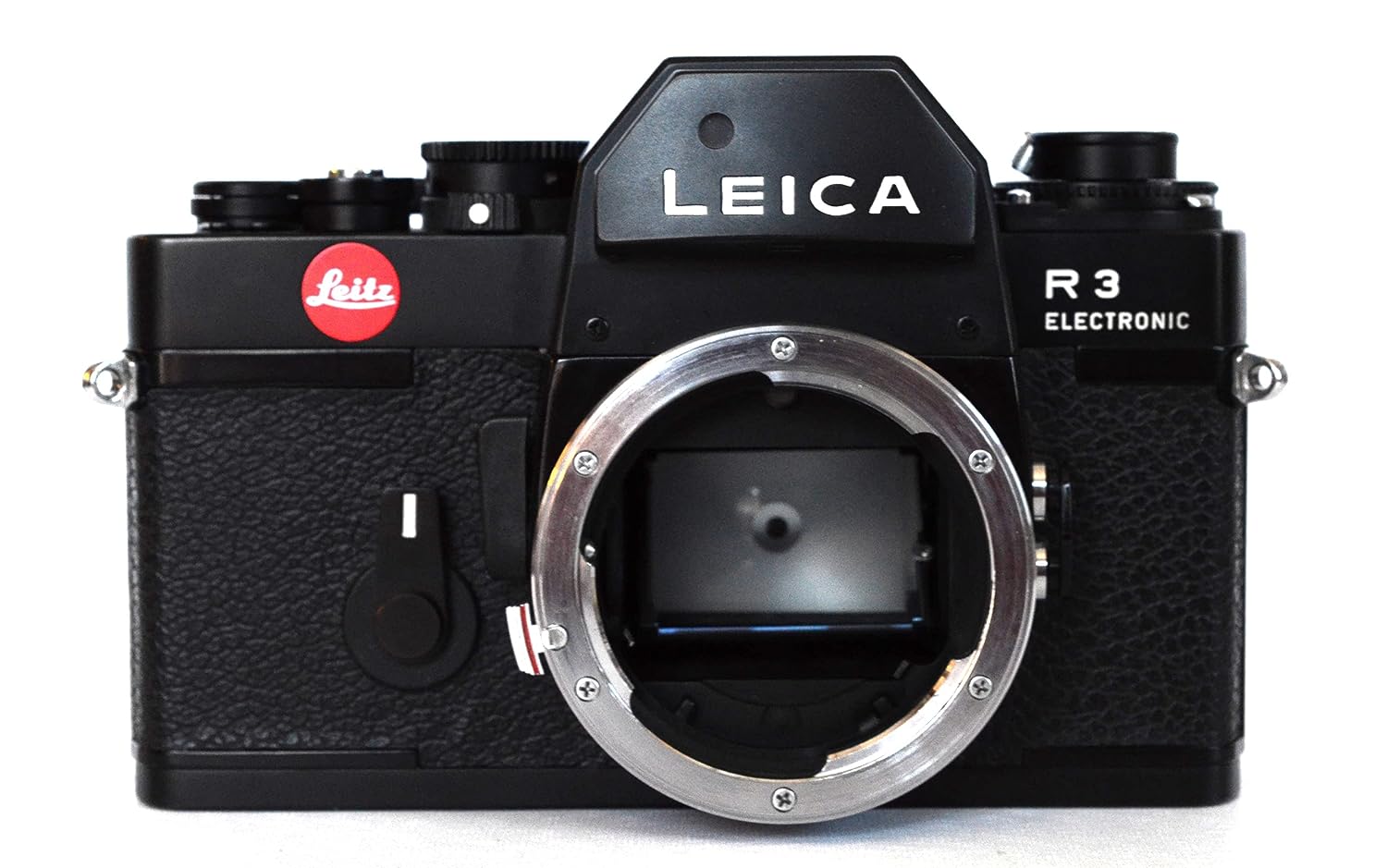 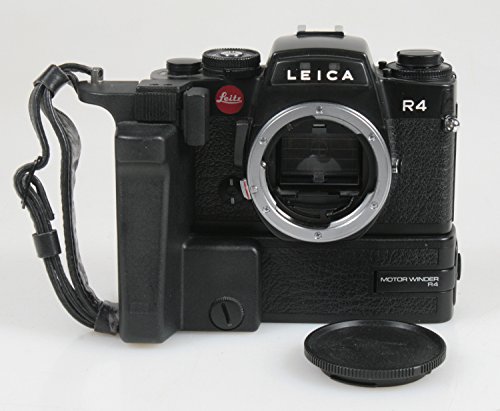 Those two cameras served me well, but I also began to miss rangefinder focusing and the handling characteristics of the Leica III.  So I began to seriously look at the Leica M cameras.  Of course I needed not just the camera but also some lenses.

To save money I looked at used equipment and I ended up with my first Leica M camera, a Leica M3 double stroke.  It was in great condition.  I started out with a 50mm collapsible Summicron and soon was able to add a 35mm and 90mm Elmar. 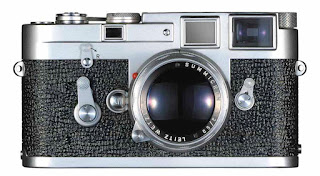 The serial number of that M3 showed that I had a very early M3, as a matter of fact it was a model from the very first production run.  Later I obtained another M3 body which, to my surprise, was just the opposite, a model that was of the very last production run of the M3.  That made those two cameras a rather unique pair of cameras in my Leica collection.

Unfortunately those two cameras were stolen at a later date, right out of my office at the school where I was teaching photography, including a compliment of lenses.  Quite a few circumstantial pieces of evidence made it clear to me who the thief was, but I had no tangible proof.  So I let my insurance company take care of the loss.  I ended up with an M4 and a set of replacement lenses.  No financial loss at all, but I still miss that pair of Leica M3s.

I also obtained an M5 because I wanted the built-in meter.  The extra size of the camera never bothered me and the camera served me well for several years.  My compliment of lenses had grown from a 28mm f/2.8 Elmarit, a 50mm f/2 Dual Range Summicron, a 90mm f/2.8 Elmarit  to a 135mm f/2.8 Elmarit.  After obtaining a Visoflex III, I added a 400mm and a 560mm f/6.8 Telyt which I used on both Leica M and R cameras. 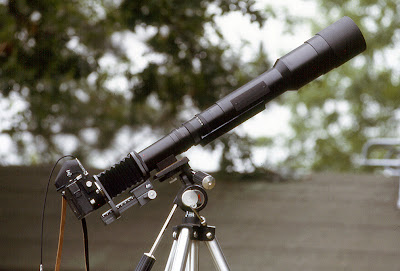 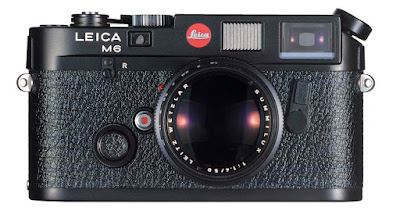 A Leica M6 was the last Leica film camera I used until the digital juggernaut took over the camera and film industry.

A Leica Digilux 2 was the first digital Leica I obtained.  Soon after it became available, I added a Leica Digilux 3 because of the interchangeable lenses.  All the while I was waiting for the Leica M camera to go digital.  I had considered a Leica R8 or R9 with the digital back, but that didn’t really appeal to me, because of the bulk and the fact that I once again would have had to look at a compliment of new lenses.  I still have the Digilux 2.  As of late, it has been covered with a custom grey leather.  The camera is mostly used by my wife now.  I still enjoy using it though because it is quite handy because of its relatively small size and, as far as its performance is concerned, I consider it by far the best performing 5 MP camera to ever see the light of day. 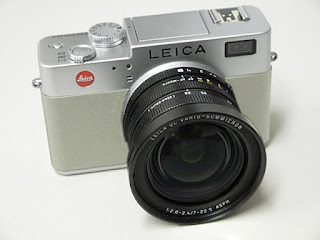 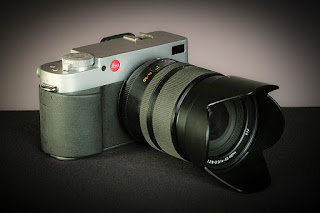 My Leica Digilux 3
The Leica M8 was the first Leica M camera I purchased.  It served me well for several years, but I was hoping for a full frame version.  Even though the Leica M9 offered a full frame sensor, I bypassed that model and jumped to the Leica M240 in the black paint finish.  It was a great camera, but I disliked the fact that the black paint finish was not as durable as the chrome and black chrome finish of my previous cameras, especially since that M240 was in pristine condition.  So I added a chrome Leica M240. 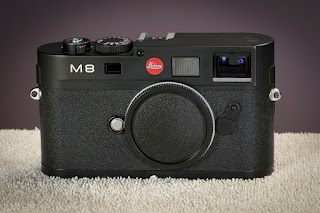 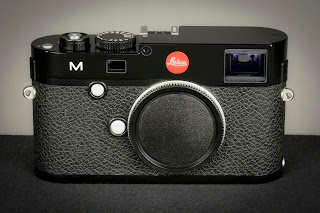 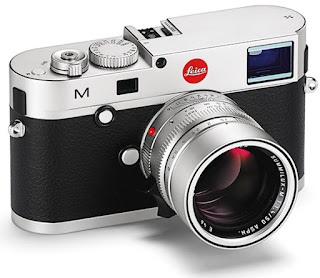 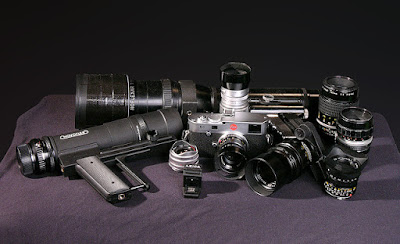 With the electronic Visoflex I feel I have the best of both worlds.  I can use the camera with my standard compliment of lenses with rangefinder focusing, but I can also do close-up work and use lenses longer than 135mm with the electronic finder.

I often get asked it I don’t miss autofocus.  There certainly have been situations where it would have been helpful, but those are few and far between.  Growing up with the Leica III, I soon learned the advantages of hyperfocal settings.  When used correctly, no autofocus can match the speed of shooting with hyperfocal settings.

My professional work consisted mainly of architectural photography, but I also photographed weddings and a fair amount of portraits and portrait related work like model photography.  Did I do all of that with just Leica equipment?  I did after I switched to digital, but during the film days, I had no choice, I had to move at times to cameras other than Leica. 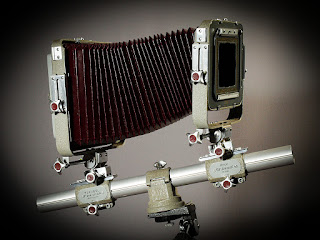 For a while, I did a lot of my architectural photography with a 5x7/4x5 Plaubel Peco Universal.  It had the advantage that I could shoot both 5x7 sheet film and, with the Plaubel reducing film holders, also 4x5 without having to change anything on the camera.  A lot of my clients were looking for images for their advertising campaigns.  5x7 and even 4x5 film was quite a bit of overkill, and I began to consider shooting medium format.  Besides, during the film days, wedding photography almost demanded medium format. 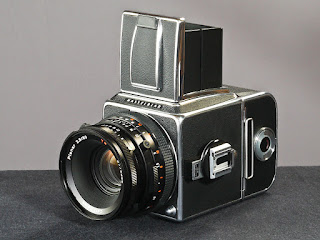 For good reason, the Hasselblad 500 system was most popular during those days.  As a long time Leica user, I don’t have to explain that general conventions have never been anything appealing to me.  So instead of a Hasselblad, I began to use a Rolleiflex SL66.  It offered several advantages for roughly the same cost.  Performance was no issue since both the Rolleiflex SL66 and the Hasselblad 500 cameras used the same lenses, made by Zeiss and Schneider Kreuznach.  However, the Hasselblad was tied to leaf shutter lenses.  The Rollei had a built-in focal plane shutter which made many of their lenses a bit less expensive.  When higher flash synch speeds were a necessity, Rollei offered an 80mm and 150mm lens with leaf shutter as well. 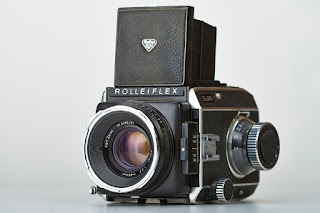 In addition, the Rollei film backs could handle 120 as well as 220 film.  Switching over from one to the other changed the pressure plate to compensate for the missing paper backing of the film during exposure.  Hasselblad required the extra expense of a separate 220 back.

The Rollei also had a built-in bellows which allowed for close-up work without any additional expenses as was the case with the Hasselblad.  In addition Rollei had a built-in lens reverser which allowed close-up work up to 1:1 reproduction without any additional accessories.  Hasselblad did not have any lens reversers at all.  Since close up work by nature has very little depth of field, the Rollei also offered a tilting lens which allowed the application of the Scheimpflug principle to greatly extend the range of sharpness.

Rolleiflex SL66 with lens tilted down and up

The tilting lens also found application for architectural photography.  With careful adjustment of the camera back to be parallel to the subject matter, the tilting lens then allowed to adjust for converging lines not unlike on a view camera.

While not an important feature for me personally, the Rollei had the advantage of double exposure at the push of a button, unlike the Hasselblad where, after the first exposure, the darkslide had to be inserted, then the back needed to be removed, the shutter cocked and the back reinstalled.  Not exactly very practical.

There was no question that the Rollei with all those extra capabilities was the better camera for me, especially since those extra features came at no additional cost at all. 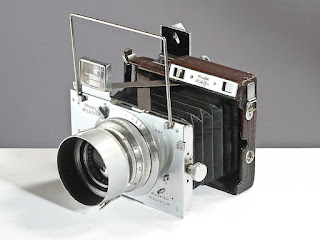 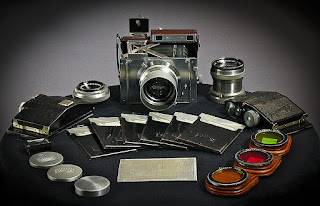 There have been other non-Leica cameras that I have used, but I don’t want this excursion into the world outside Leica to get too extensive.  Just allow me to mention two more cameras.  One was my father’s Plaubel Makina with wide angle, normal and telephoto lenses.  It was a 6x9 (2 1/4 x 3 1/4 inch) camera which could be collapsed into a package hardly bigger than the average 35mm SLR.  The camera offered rangefinder focusing for all three lenses as well as ground glass focusing for times when critical focus adjustments were necessary.  Even though this camera was made in 1936, it offered a performance level that compared favorably to today’s cameras to quite an extend.

My Rollop
made by Richter and Fischer in Barntrup, Germany

Finally there is a TLR, a Rollop.  Outwardly is looks a lot like a TLR Rolleiflex, but it could not measure up to the quality of even the least expensive Rolleis.  Why did I buy it?  Because it was made by a company named Richter and Fischer.  Not only that, it was made in my hometown of Barntrup, Germany.  How many people do own a camera with their very name on it that is made in the own you grew up in?

I hope you don’t mind my excursion into my private life of a photographer on this Leica oriented blog.