Laica Camera AG reported today that they are expanding their operation into the automobile industry.  Initially two different models are going to be introduced, the LEICAR-M with a 7-speed manual gear box and the LEICAR-A with a 7-speed double clutch automatic gear box.  The latter can also be operated manually via steering wheel mounted paddle shifters. 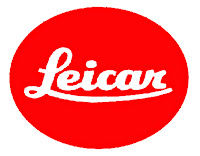 With the exception of the gear boxes, both cars are identical luxury sedans.  They are meant to compete in the upper market with the likes of Porsche Panamera, Mercedes S and AMG, BMW 7 Series and Audi A8 and the rumored A9.

For the motor Leicar worked closely with VW/Audi and developed an entirely new motor, unavailable in any other car.  They built what are essentially two VR6 motors, bolted together in a boxer style layout.  The VR6 is a very narrow angle V motor utilizing a single cylinder head.  The resulting extremely short design makes it hardly any longer than a conventional 4 cylinder motor.  The result of the design used in the Leicar makes for a boxer style 12 cylinder that is hardly any longer than the flat 6 boxer used by Porsche.

Displacement and power are not available at this point, but it is thought that the displacement will be approximately 5 liters with an output in excess of 500 horse power.  Apparently a version utilizing a super charger and two turbo chargers is planned also.  Output of that motor is expected to be at least 800 horse power.  A third option will be diesel version of the boxer.  No displacement and power data are available.

The B12 motor was chosen because of its compactness and very low center of gravity once installed.  This also allows for superior aerodynamics of the body design, which will be a 4 door coupe layout.

No word yet if a hybrid version is planned or not, but it is thought that the diesel in conjunction with a plug-in, hybrid power train would offer amazingly low fuel consumption for a car in this class.

We applaud Leica AG for this risky move.  Hopefully their success will be equal to that of their cameras.