A lens can only be accurately focused at one certain distance.  Everything before and after that point of focus is effectively out of focus.  Yet we all know that the pictures we take show scenes and subjects to be sharply in focus over a considerable distance.  Are our books of physics wrong?  Not at all.  The reason for this apparent contradiction is our eyes.  Fortunately they aren’t good enough to recognize out of focus areas in our pictures unless they reach a certain level.

Imagine photographing a small point.  When not properly in focus, this point will become larger and show up as a fuzzy disc.  This disc has to be of a certain size before our eyes recognize it as out of focus.  This representation of a point is referred to as the circle of confusion.

In these days of virtually everything being auto focus we rarely pay any attention to focusing anymore.  As a matter of fact, many outsiders consider the Leica M rangefinder cameras with their manually focusing lenses an anachronism.  Yet in quite a variety of situations these lenses can be focused faster than any auto focus system.

That is because the vast majority of the Leica M lenses are non-zoom lenses.  That is the reason why to this day all of them have a depth of field scale.  Many photographers and picture takers these days have no idea what a depth of field scale is, and if they do, they rarely know what to with one. 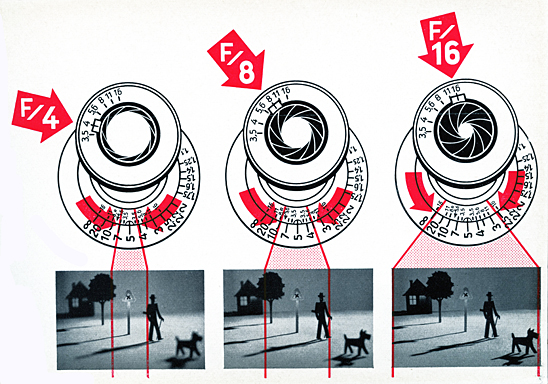 Increase of depth of field by decreasing aperture size

Effectively one third of the total depth of field will be in front of the point of focus and two thirds will be beyond it.  If applied correctly, this can actually greatly improve the sharpness of our photographs.  Imagine taking a picture of a mountain scene.  The mountains are obviously far enough away to constitute infinity as far as the focus settings on our lenses are concerned.  Subsequently it seems to make sense to set our lenses to infinity to make sure the mountains are in focus.  As a matter of fact, if we use the rangefinder on a Leica, this is exactly what will happen.

Our exposure settings will always be a combination of shutter speed and aperture.  Once we or the camera determine the correct exposure settings, we will know what aperture the picture will be taken with.  Back to our mountain scene.  Instead of setting the infinity mark opposite the focus mark on the lens, all that needs to be done is to set the infinity mark opposite the making of the aperture we are using.  That will still give proper focus to infinity, but it will greatly increase sharpness in the areas closer to the camera as indicated by the other aperture mark on the depth of field scale. 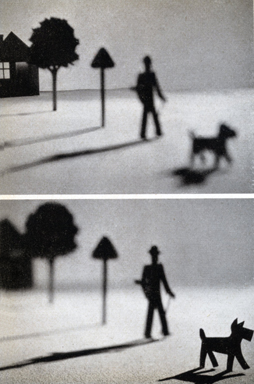 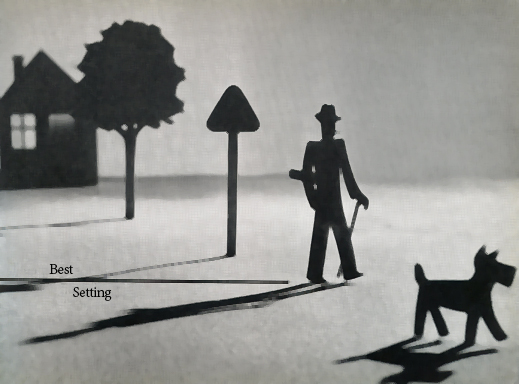 It is a fact that the smaller the aperture, the more depth of field we will have.  But we shouldn’t indiscriminately use the smallest aperture all the time, because this can easily lead to the necessity of too slow a shutter speed which in turn can lead to blurry pictures because of camera movement.

As I explained above, the circle of confusion determines what detail in our pictures appears in focus and which not.  Unfortunately, the size of the circle of confusion must also be based on a certain picture size.  In most cases that is an approximate enlargement of seven times or a 5 x 7 inch enlargement from a 35mm negative or full frame digital sensor.  With other words, up to a 5 x 7 inch size enlargement our pictures will display maximum sharpness and maximum depth of field.

But what about enlargement greater then a 5 x 7 or if considerable cropping is necessary?  Does that mean the depth of field scale on our lenses is useless?  Not at all.  All we need to do is use the depth of field settings on the lens with an aperture one or two stops larger than the aperture in actual use.  With enlargements of 8 x 10 or 11 x 14, the next larger aperture will usually be sufficient.  If the enlargement size is greater than that, use a two stop larger aperture.

Why do all of this instead of just using the rangefinder and focus on our main subject?  Because you can greatly increase your speed of operating the camera.  Using the depth of field scale and setting the lens as explained above, this is called hyperfocal setting, will eliminate the need to focus altogether and thus make the operational speed of your camera that much greater.

The above figures are based on 35mm size negatives or so called full frame digital sensors.  Larger or smaller negative and sensor sizes will lead to different depth of field.  Different focal lengths of our lenses will do the same.  In general, the shorter the focal length the more depth of field there will be.  This, however, is nothing to worry about because the depth of field scales will reflect that.

Give it a try.  You might very well find that your pictures in some cases will display a greater range of sharpness and you will be able to use your camera a lot quicker.  It might very well be the difference of being able to catch a great moment on film or memory card instead of losing it to your camera being too slow.