An Unusual Close-up Taken With an Unusual Equipment Combination

While the technical aspects of our camera equipment certainly are important, we must not overlook its primary purpose, that of taking photographs.  I would like to encourage all readers of this blog to submit photographs of their own and to consider the Leica Barnack Berek Blog as a platform to show off their best work.  In turn we guarantee to abide by all copyright restrictions and will use published photographs for other purposes only with the expressed permission of the photographer.

Allow me to start with a photograph of my own.  This picture, I feel, is not so much of interest because of its pictorial excellence but rather because the somewhat unusual circumstances under which it was taken and because of the unusual Leica equipment combination it was taken with.

We used to have a cabin in central Wisconsin.  One day we discovered a rather large hornet nest in a big pine tree next to the building.  The hornets appeared unusually large and seemed to be overly aggressive.  So we gave them a lot of space.  But I wanted to take the opportunity to take some pictures of them.  Conventional close-up equipment was out of the question.  So I decided to use my trusty 560mm f/6.8 Telyt.  I was using a Leica M5 that day with a Visoflex 3.  I wasn’t surprised to see that the Telyt couldn’t focus close enough to obtain any useable pictures.  Luckily I had a Leica Bellows 2 along.  Adding that to the set-up allowed safe close-up photographs from a safe distance.

Needless to say that we removed the nest after the photographs had been taken, but that’s another story. 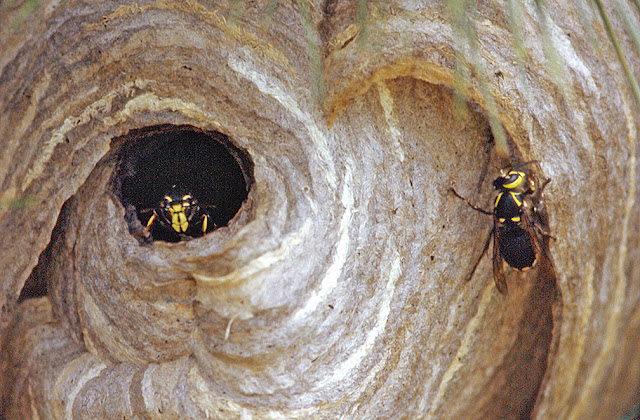 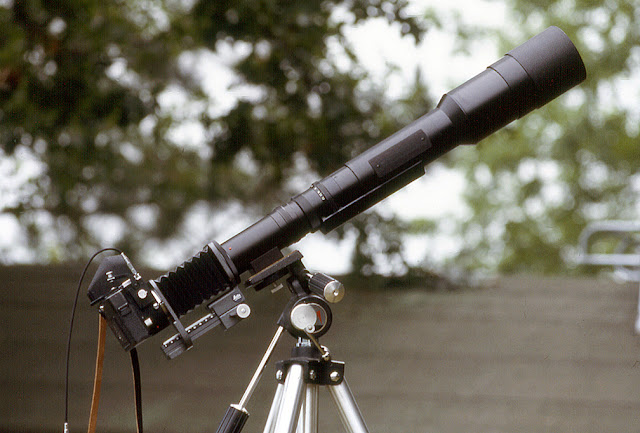 Since I was using both Leica M and R equipment at the time, I bought all long lenses and close-up equipment in Leica M configuration.  That allowed me to use it both with the Visoflex as well as with the Leica R cameras with the 14167 adapter.

Posted by LEICA Barnack Berek Blog at 10:22 AM