In my article “HOW THE LEICA CAME TO BE” I described what led to the development of the Original prototype, the Ur-Leica.  I can count myself among the few that have had the chance to actually hold the Ur-Leica in his own hands, twice, both times at a Leica Historical Society of America (LHSA) meeting.  Once it was brought by Rolf Fricke, a longtime LHSA member with a personal connection to the Leitz family and once when Dr. Wangorsch, the former curator of the Leica museum brought it along.  The shutter is not in working condition, but you can turn the film advance knob and thus also cock the shutter.  The shutter release is working and so does the film counter.  It is also possible to turn the shutter speed knob.  The camera operated with a fixed shutter curtain slit width.  The different shutter speeds were activated by varying the spring tension of the shutter.  In spite of the relatively simple design of the camera, it incorporated a number of features that either had not been available in any camera prior to 1913, or features which never were all incorporated in a single camera at the same time.

The shutter was not yet of the self-capping type.  With other words, after firing the shutter, the front and the rear shutter curtain did not overlap.  That made it necessary to block any light from entering the lens while winding the shutter.  For that reason Oskar Barnack attached a small, round metal plate on front of the lens which could be swung in place to block the light.  The Ur-Leica was also the first camera ever that combined film winding with cocking the shutter, a feature that virtually eliminated the possibility of accidental double exposure.

The position of the main shutter drum had to be next to the film window of the camera.  That necessitated the lens to be offset slightly to the left when viewed from the back.  This can be found with almost all 35mm cameras featuring a horizontally traveling focal plane shutter.

The Ur-Leica originally could hold 40 frames of 35mm film.  This needed to be loaded in the dark and removed in the dark after the roll was exposed, a drawback that Oskar Barnack addressed with the third prototype.  For that he designed a film cassette that, once loaded with film, could be put into the camera and taken out in broad daylight.  Since this cassette took up some space within the camera, it was necessary to shorten the film by four frames to a total of 36.  This is the reason why until today the maximum number of frames for a 35mm roll of film is still 36 frames because the dimensions of the reloadable Barnack film cassette were later taken over by all film manufacturers.

If one ever considers what all went into the design of the Ur-Leica, and if one considers that all of this happened in 1913, it should come as no surprise that the Leica has influenced photography more than any other camera before and after.  The Leica created a whole new type of photography, the ability to quickly shoot while things were happening.   This essentially created modern photojournalism as we know it today. 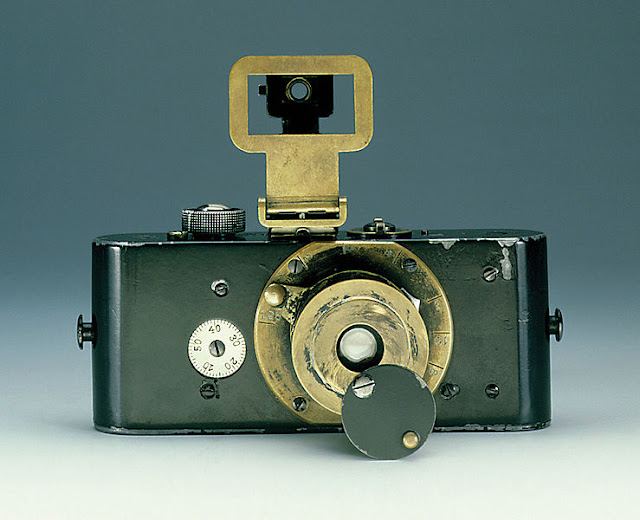 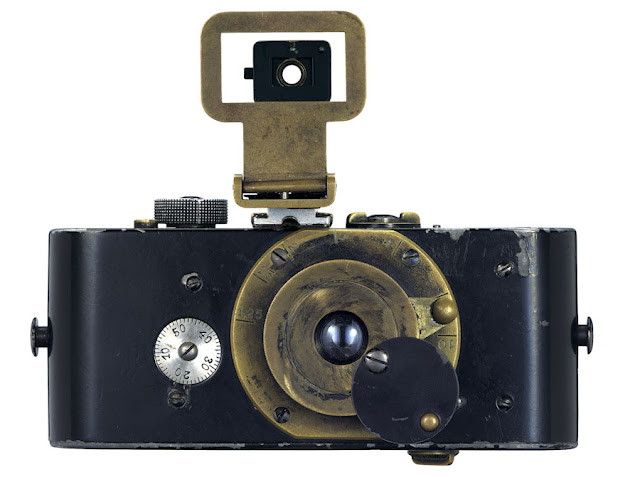 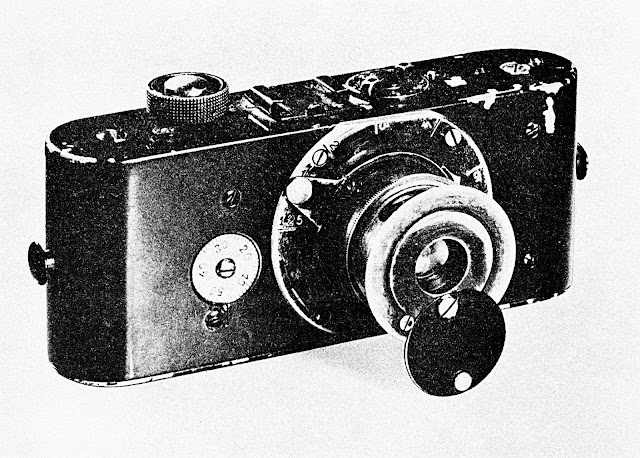